A federal appeals court said this week that an atheist group trying to keep the so-called Ground Zero Cross out of the National September 11 Memorial Museum must better explain how displaying the artifact is “offensive” and violates members’ constitutional rights.

The 17-foot-tall, steel beam “cross” was found in the rubble of the World Trade Center twin towers in New York that fell during the Sept. 11 terror attacks.

The cross became a sort of shrine or place of comfort for first responders who often prayed there and left messages or flowers. It was moved away from the debris a few weeks later and became a tourist attraction through several years of reconstruction.


Finally some common sense from a Federal official. I am not Christian, but I have never been offended by a cross or statue of Buddha or anything else religious. I am not even sure WHY I should be offended. I can't wait to hear the explanation provided by the Atheist group because this has always been a baffling thing to me.

posted on Jun, 21 2014 @ 09:30 PM
link
I think a religious symbol at the site of a religious atrocity is a bit over the top...I would be for a sort of coexist type plaque with all the religious symbols (and the atom for atheists) though...
But the cross is a Christian symbol, and the attack was by religious fanatics...If religion didn't exist (say it went out of fashion in 2000 globally and everyone just decided to be decent people and humanitarians), we would still have the towers...end of the day, no suicide flyers = no terrorist attacks.

I was raised to respect another,s religion be it native Catholic Jew Buddhist or lack there of . I feel the constant crusade against anything religious by these groups is very disrespectful to people of any faith .

originally posted by: Metallicus
I can't wait to hear the explanation provided by the Atheist group because this has always been a baffling thing to me.


Same exact reason a giant star and crescent Islamic symbol would be inappropriate.
Just because you prefer one religion over another doesn't mean its more acceptable at a international multi-cultured religious terrorist attack...

The judge has also asked the plaintiffs to substantiate their claim the museum and Sept. 11 memorial are getting taxpayer dollars.

He's joking right? It cost 700 million dollars to build that money was raised using donations and taxpayer dollars. The 9/11 Foundation that runs the site has gotten more than $425 million from state and federal levels, and more than $450 million from private donations. If it isn't a religious symbol like they claim then this is easy to fix just cut the I beam below the cross member. Then it's not a cross anymore and everyone is happy.


I am sure the Christians appreciate it.


Any I beam could have been used for this. They chose this to try to give people the we are a Christian nation impression.

posted on Jun, 21 2014 @ 09:54 PM
link
I'm not Christian, but a cross being put anywhere is a sign of respect and love. People are offended by every little thing these days. It is stifling!

posted on Jun, 21 2014 @ 10:01 PM
link
What makes the religious symbolism of Christianity more important than that of the Hindus, Buddhists, and other religions of the victims and fist responders? All the religions should be represented.

We were a christian nation.

Everything changed on that day, and from that day to this what has followed has been a progression toward complete aversion to faith.

People would be offended and insulted by random sticks forming a cross now. Probably seek out a lawyer and court forum to sue somebody over it. Jesus toast, was a christian conspiracy to insult atheists, and other non-christian faiths, but we can deal with a cross in a bottle of piss called art?

Be more tolerant of Islam, and less tolerant of Christianity... There was a time in America when such a plot would have made for a great epic horror movie.

posted on Jun, 21 2014 @ 10:19 PM
link
This is the age of entitlement and everyone feels entitled to have their beliefs recognized and upheld. Good on the court system for this one, because it would be hypocritical for a group that doesn't believe in a higher power to be offended by a symbol of a higher power.

The irony of their argument is ridiculous.

posted on Jun, 21 2014 @ 10:20 PM
link
Ya i would be all for them putting up more then one religious symbol, it wasn't just christians that lost their life's that day.
As stated above, what would be the reaction of a non christain symbol going up? Why are they only ones that can put up a symbol with out any backlash?

What's the significance of a cross at the sight of 911? Jesus didn't die there. Are Christians trying to compare the deaths of the 911 victims to the sacrifice of Jesus on the cross, or is the supposed message that Jesus, using the symbol of his cross, some how sanctified the unwitting sacrifice of the victims?

I don't get it. What place has a cross at the 911 Memorial sight?

posted on Jun, 21 2014 @ 10:29 PM
link
I refuse to debate religion on this site but I gave you a S&F for NOT being offended. Seriously. I think there is way to much offendedness (yes, I made it up) going around as it stands. It's nice to see someone that isn't getting the vapors every time something they may not believe in or agree with shares space with them.

Thank you for that. It's refreshing. 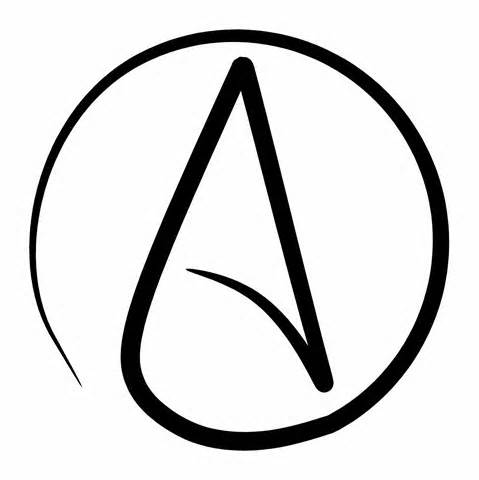 You dont hear Christians Jews Hindus or Buddhists running around trying to get the letter A stricken from the alphabet because its a atheist symbol or banning all pyramids because it looks like a A or in drafting class forcing kids to use symbols of atheism the 30/60 triangle 45 triangle and in geometry also triangles.

Get off the cross kick before they try to ban t from the alphabet .

If come right down to it the cross was used in pagan cultures long before Christians used it other older cultures used variation on the cross Egypt and Greece .

he basic shape of a cross, has since prehistoric times been employed in almost every culture throughout the world and all the roughly similar shapes of cross symbols have wildly different meanings. the cross variously symbolised health, fertility, life,


I think some people are just hung up on pushing other peoples buttons.

posted on Jun, 21 2014 @ 10:35 PM
link
I see a lot of responses about why not all religions being represented and frankly I am all for that if that is what people want. I don't follow a particular religion, but I also STILL don't see how it is offensive. I don't understand why people like me that aren't religious are supposed to be offended by a cross or Buddha or Star of David or whatever.

If your argument is why just this cross then I say okay. Add your religious symbols, but there is still no reason to remove the cross since it is giving a sense of comfort to those that visit the site. Why should I be bothered that someone else is comforted? What is wrong with you people? Seriously, I don't get it.

I mean, those places have crosses on the outside of the buildings!

That really must offend some people as well!

I say we deny freedom and just say shut the hell up, religious people!

originally posted by: ausername
Everything changed on that day, and from that day to this what has followed has been a progression toward complete aversion to faith.

...
Be more tolerant of Islam, and less tolerant of Christianity... There was a time in America when such a plot would have made for a great epic horror movie.


Wanted to touch on those two points
1) not an aversion to faith by any means..have faith in whatever you want. the aversion is to government mandated faith as it always should be. As a person whom is clearly worried about creeping islam, you should be heading the charge of demanding not a single tax paying dime be spent on faith based anything..keep religion out of politics and by extension, you keep politics out of religion. Today Christians may be the majority, therefore your bickering about crosses, tomorrow, islam or scientology may be the 51%..then you will be singing a very different tune.

2) Be tolerant of all religion in their place, and tolerant of none imposing its will on anything supported by tax dollars.