Has Australia been Overrun by the Zionist Agenda

posted on Jun, 19 2014 @ 08:23 PM
link
Many months ago now, the then Foreign Minister claimed that the Israeli Lobby had an extraordinary influence over the Prime Minister at the time;

Former foreign minister Bob Carr has published private text messages between himself and Julia Gilllard to reveal the "extraordinary" level of influence the pro-Israel lobby had on the former prime minister's office.

He was laughed at.

Some months on, Australia has now re-defined it's definition of the Occupied Territory of East Jerusalem to be "Disputed Territory". Australia stands alone in this regard, my question is why?

Before I continue I would like to note that Israel Occupied this territory in 1967, there is no dispute about that. Additionally Here is the bewildering timeline of Jerusalem.

Was Bob Carr correct in his assertion about the Israeli Lobby ?. On face value one would think that is the case.

posted on Jun, 19 2014 @ 08:33 PM
link
As with any similar issue, the Australian government is nestled far up the back passage of the wrong people.

The Australian people are fast losing their blinders on these issues, though and considering the recent hiring of bodyguards for The Prime Minister and a few of his close cronies it seems likely that the public is waking up and won't be taking too much more of the crap that is so heavily dished up.

The problem is the public have been taught to feel guilty and racist and xenophobic - many not even knowing the true definition of these terms or even why they feel this way.

In the end, it doesn't matter what our governments say because the population of the world is fast losing patience and it's what the people say that matter.

originally posted by: BasementWarriorKryptonite
the recent hiring of bodyguards for The Prime Minister and a few of his close cronies.

The PM always had the AFP for protection, the other ministers just for a short time due to the rabid left and people smuggler supporters who are upset they have lost their source of income, due to the LNP stopping the illegals coming here by boat....

As to the title of this thread, the answer is no, just the LNP does not support arab terrorists, unlike labor....
edit on 19-6-2014 by hellobruce because: (no reason given)

posted on Jun, 19 2014 @ 08:41 PM
link
Our choice in the last election was fabian socialists or Jesuits,the Jesuit camp won,Israel may have some influence but Abbot is squarely in the Vaticans camp.

a good example is the stealing of Australian passports from a government office in Melbourne city and used in a murder/assassination in Dubai several years ago....

so yes...the grubby bastards are here too.... a reply to: myselfaswell

Port Arthu-r only one special force unit uses the CAR15 the gun used that day with special forces skill level and yes members of this unit were in Australia on holidays at the time,the unit is Israeli.

originally posted by: khnum
only one special force unit uses the CAR15

Care to provide a valid source for that claim?


originally posted by: BasementWarriorKryptonite
the recent hiring of bodyguards for The Prime Minister and a few of his close cronies.

The PM always had the AFP for protection, the other ministers just for a short time due to the rabid left and people smuggler supporters who are upset they have lost their source of income, due to the LNP stopping the illegals coming here by boat....

As to the title of this thread, the answer is no, just the LNP does not support arab terrorists, unlike labor....

It has nothing to do with "the rabid left" and if it did, I'm glad at least someone is rabid. If you think these bastards shouldn't be kept on their toes, I wouldn't trust you any more than that the current Australian Prime Minister.

The reason they have new protection is because the Australian public are no longer content to allow their elected officials run riot with their money and their government.

I'm the first to cry, "use the bloody boats as target practise", but get real here - Tony Abbott is a dick and is only out to look after his own friends. Governments are elected to look after everyone.

On topic, the Australian government is like I said, far up the back passage of the wrong people - as usual.

Israel doesn't give a damn about anyone or anything but itself and it's own warped views. Australia should have no business with them except diplomatic missions and efforts to keep them at bay in their own country.
edit on 19-6-2014 by BasementWarriorKryptonite because: spelling/grammar

Plug 'Joe Vialls Port Arthur' in your search engine this independent journalist spent years investigating -all the facts are on his website.

posted on Jun, 19 2014 @ 08:59 PM
link
Zionists have infiltrated many governments in the world and steer those countries on the track to support Israel and their wars. They control the money flow then buy all the other non-zio's off. Or have them killed. Next thing you know, Australia will be calling for war with Iran. They will probably make it illegal to question any of it, too. If you question it then you'll be labeled as a "anti-Semite" or "Nazi". Zionism has been the downfall of America. No politician in any country should be able to hold dual citizenship. Oh, and I bet Australia will be flooded with multi-culturalism or illegals. 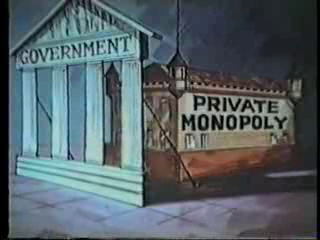 i think basically wherever you see the associated symbolism in the architecture you can be sure israel is somehow involved, please study the following material at your leisure (it might be helpful)
column & lintel study

there's a few layers to all this it seems.. see if you get anything out of this one also?
white-trash movie analysis

originally posted by: BasementWarriorKryptonite
It has nothing to do with "the rabid left"

Yes it does, and here we see why LNP politicians need protection from rabid lefties!

While I always enjoy a good old thread derailing, could we please stick to the subject at hand.

They certainly run the UK as well and its time all dual passport holders were told one or the other because you are giving aid to Israel when condemnation is correct. Its been OK for them up to now because people didn't know, but today when you check the background of many people in real power and especially within our lawmakers, because their actions you suddenly realise the extent of the dual-passport world net-work.

However with the mess and greed that has destroyed the financial markets, their financial-choke system will have to be replaced with something fairer and hopefully we will prize off the grasping hands of those this corruption has made very rich and powerful. Once in the open they become more vulnerable because the sympathy for these people has run out due in part to their treatment of the Palestinians. A little read through the torah explains their real attitude to the goy.

"Has Australia been Overrun by the Zionist Agenda"

I'm cool with that Bally. But why has the Government stepped out on a limb like this. I don't dig it and certainly don't appreciate our government getting involved in affairs that are irrelevant to us. Particularly when it hammers a nail into a population that has been crucified many times over.

Why make such a statement if there is no lobbying ?.

I just want to add that this has nothing to do with Jews or being Jewish. This is really about the relentless torture of the Palestinians that, just quietly, I'd like to see settled.

posted on Jun, 20 2014 @ 03:47 AM
link
From what I have learned in recent years there is no country on earth worth having that israel has not silently captured.

Why do we never hear a politician ask about israels nuclear program?

why do politicians never critize israel

Why do politicians every where when questioned about israli actions, always repeat the same mantra 'israel has a right to defined itself'

I had trouble with the "Overrun". I can't see any Fair dinkum Aussie being overrun by any agenda. You certainly know what "true blue" is like. It's distinctive. And sure, those in the lime light will say anything to keep their name in print. Politicians in Aussie are no exception.

Pollies will create misconceptions. Some even write books, (or others write for them) as you know, explaining their reasons for making our country the way it is.

Going off topic here, so sorry for that. I do feel sorry for any populace around the world that are being 'bullied' or 'tortured' by agendas. There are very cruel people in the world. Real sick people. Not necissarliy by guns or power for that matter. There will always be corrupt soapbox standers.

I thank god I don't vote for them. From my perspective, and its simple, middle east issues will never be settled but they will not overrun me.