Adirondack State, A Proposal for a new US State.

posted on Jun, 19 2014 @ 03:07 PM
link
The Formation of Adirondack State
A proposal to split New York state into several entities:


As a resident of New york State (Adirondack Region)
i can attest to the fact that living in new york state is like living in two very different worlds, there is much divide in this state and a definite political imbalance it is 7 million Upstate and Western NY vs 17 million of NYC and Long Island voting power.

every decision revolves around NYC from ridiculous laws like the SAFE ACT higher taxes overall to help fund the big city projects, all of our representatives are in the pockets of the wealthy corporate overlords of wall street.

the time has come for the state to split, it is just to large of geographic area mostly forest, mountains, and farmland. to be controlled by a relatively small mega-dense urban culture.

This is something i have tried to explain and argue to many of the people from NYC that i have came across many times as they come rolling through our small mountain town (with gigantic Yachts and RV's and the entire Cabellas catalog in their possession) you don't really need all of that junk to go "camping".

today its only a dream but one day perhaps it will happen.

The new Borders will be drawn at the terminus's of the following counties.

From the southern terminus of the following counties; Washington, Saratoga, Schenectady, Montgomery, Herkimer, Oneida and Oswego extending north to the maritime and land borders of Canada will be known as "Adirondack State" with the state capitol located in Glens Falls.

Below the line ending at the northern Terminus of the following Counties: Rensselaer, Albany, Scoharie, Ostego will be the known as "The Northern Hudson Territory" and will be governed by Adirondack State.

all Counties West of the eastern terminus of; Broom, Chenago, Madison, Onondaga and Cayuga. will be known as "The Niagara Frontier" and will be governed by Adirondack State

From the Terminus of the Northern line of Sullivan, Ulster, and Dutchess Counties
all that is below this border will Retain the name "New York State" and will be governed by NYC

- Nassau and Suffolk Counties will be known as the "Long Island Territory" and be governed by New York State. 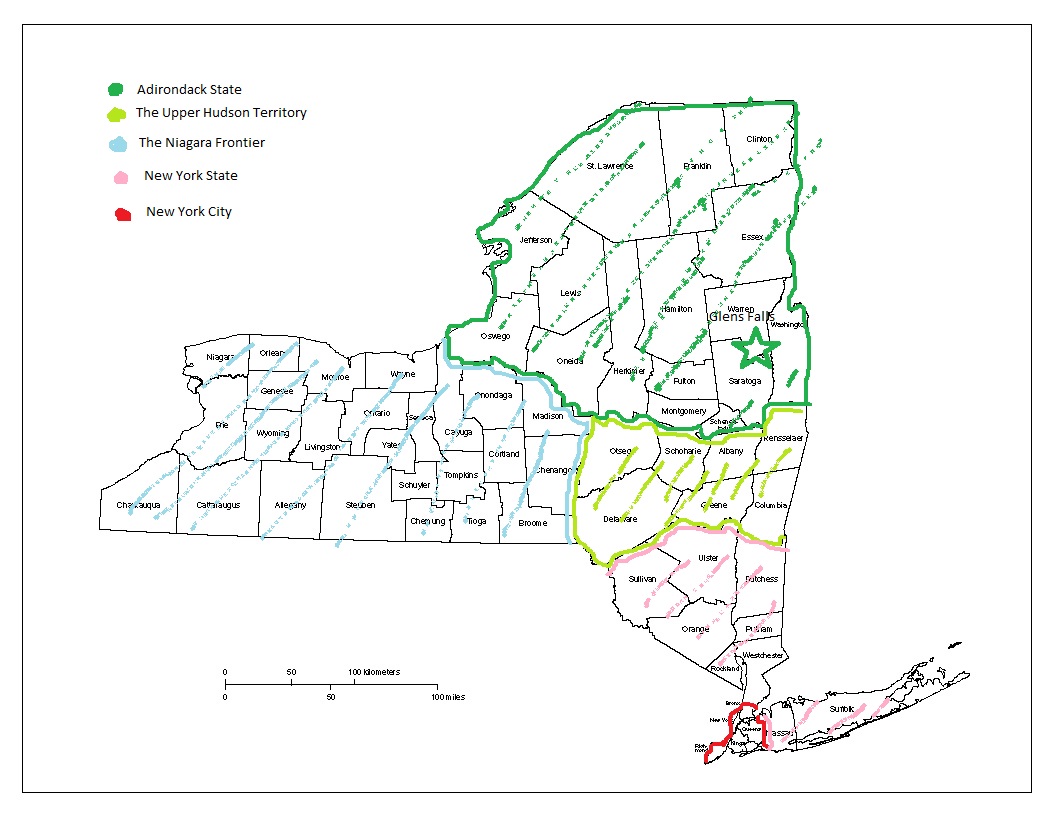 posted on Jun, 19 2014 @ 03:23 PM
link
You do realize this scenario applies to most states and would only serve to further divide us as a nation.

Interesting idea. ( Oneida County myself) Though you did for get another and very important item under commerce: Water. We supply them with most if not all their water. Unless they want to pay huge bucks to get it from the ocean.

I know I'm a dreamer, but would love to see that. To be truthful, I'd love to see every city in the US with a population over 500,000 lose the right to vote. They're sheep. Since when do we allow sheep to vote?

I see this as a problem affecting us on a national level. I read discussions around ATS relating to guns, and invariably the discussion revolves around urban environments, not rural. "You don't need a gun to protect yourself in the modern age" or some such nonsense, meanwhile i still have 5 or 6 animals indigenous to my area that can kill me or cause me severe physical damage.

originally posted by: Thorneblood
You do realize this scenario applies to most states and would only serve to further divide us as a nation.

No it wouldn't. It would do the exact opposite. People are being divided because there's a complete culture difference between giant cities and rural communities. When you let the big city people start making decisions for all the rural communities that they don't even have any exposure to, you have problems.
Let the cities worry about the cities.
edit on 6/20/2014 by trollz because: (no reason given)

Ditto Washington State West of the Cascades vs the rest of it.

posted on Jun, 22 2014 @ 10:49 PM
link
a reply to: trollz
No, people are being divided because everyone has been lulled into a narcisstic spiral of impotent frustration and hive minded preaching.