posted on Jun, 17 2014 @ 02:22 PM
link
I vote we take the revenue that the new hemp and canna industries and reinvest it into humanitarian efforts and become the world leaders of change and empathy instead of the leaders of oppression.

We need to stop this idea that it's ok to tax these industries heavily because they are new. They need to use that revenue productively in exactly the fashion that the people supporting those industries would want it used.

Stop supporting heavy taxes on these industries and support humanitarian efforts for the taxes they do take.

posted on Jun, 17 2014 @ 02:25 PM
link
I feel ya man. I really do, but there is literally NO way we will ever finish legalizing this plant across the country if we did what you suggested. I wish that wasn't the case, but it's true. The way to legalization is through the government's purse.

posted on Jun, 17 2014 @ 02:27 PM
link
I guess you missed the memo that said that our economy is based on human suffering and engineered scarcity.
Maybe if you could raise some sort of hippie pothead army.....

Why should'nt plants that are good be used for more good?

Humans grow planets they dont make them, sounds kinda fair that life goes to life and artificial engineered corporate masters pay the bills and enjoy their luxry. We all know ants are living it up in their corp, money everywhere, while small bunches of slugs live modestest lives and quite like it.

I think makes perfect sense however.... never sadly going to happen i think. Tax is Tax and that is that.
edit on b3232210 by Biigs because: (no reason given)

The people did have a say in how their tax money would be spent that's what they voted for it.

Also canna plants are not illegal anywhere in America I have four large ones in my yard that I got from the local nursery.

You cannot tax without the money going through government. What you are after is charity which is a voluntary giving. Taxes are compelled and done by the government through force of law. They are attached to a bureaucracy that will skim large amounts off the top of any monies collected to feed them and they will never be efficient because they know the money supply is endless and compelled.

Charities are a bit different because they know they rely on voluntary donations, so they have to show that they are doing worthwhile work. If they get too big and abusive, they risk losing the goodwill of their doners and their money. So, they are under more pressure to be more accountable and efficient with the funds they receive.

Why the hell would anyone support giving the federal government, and state government another source of income ?

All the tax revenue they collected they blow.

Then come back for more.

They take without a thought to where that cash comes from.

posted on Jun, 17 2014 @ 02:58 PM
link
Do you think for one second that a well respected, college educated billionaire WOULDN'T instantly grab a cup of "herbal" tea for himself if he had something it could cure.

Why would he have to be college educated? He's a billionaire. It's not like a police officer would even do anything about a billionaire using (any) illegal drugs. And even if he did so something, the billionaire would buy himself out of the problem anyways, probably get the cop fired while he's at it.

Why would he have to be college educated? He's a billionaire. It's not like a police officer would even do anything about a billionaire using (any) illegal drugs. And even if he did so something, the billionaire would buy himself out of the problem anyways, probably get the cop fired while he's at it.

He could write 30 cheques for a million *insert currently* to 30 people and get what ever he wanted. Degree, Doctorate? whatever he/she wants.

How about we stop looking at the theft of our neighbors' livelihoods as a solution to anything.

We're all hippie potheads and don't do anything with our uneducated lives except watch TV and eat junk food while being tree hugging barefoot weirdos. Even dashen got the memo, you're telling me you didn't? Damnit Biigs, always making us look like normal people and not lazy uneducated stoners.

Waaaait a second, some of us have a disease or illness. Some of us are widely known and respected in our professions. I could go on about education and net personal asset value but I won't. The stereotypes of the past 70 years are falling apart but a good portion still seem to think they're accurate. 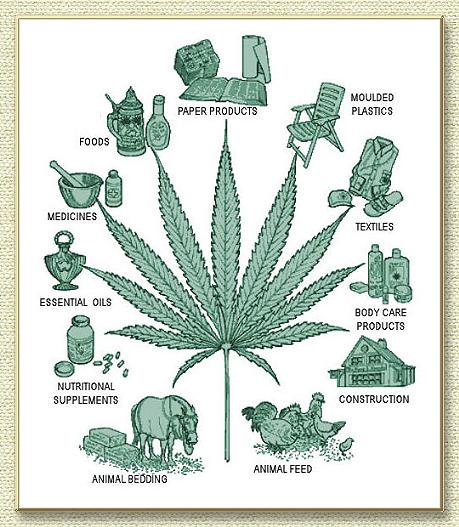 Imagine the $$ from all of that - and that's just hemp.

The $$ from cannabis sales would probably total all of those above combined - or more.

Collectively, as a global consumer society, we have really dropped the ball with this plant, it can literally save us all, and in so many ways.

Yep not hard to imagine all the $$ evil monsanto would make from GMO hemp because the 'need' would outpace natural growth cycles.

Not really hard to imagine at all.

Then it would launch the 'organic' movement to carve out that niche market.

Telling their 'product' is better than the other 'product'.

We're all hippie potheads and don't do anything with our uneducated lives except watch TV and eat junk food while being tree hugging barefoot weirdos. ...always making us look like normal people and not lazy uneducated stoners.

The stereotypes of the past 70 years are falling apart but a good portion still seem to think they're accurate.


And then there's Joe Sixpac, model citizen, productive member of society, and he's known and loved the world over.

You'll not find him hiding out in the dark recesses because he's a social creature and man about town. You'll find Joe at sporting events, academic events, and just about every social event in society and always on the list of Who's Who in the most prominent places. You will find him out and about at night from the most exclusive clubs to sleaziest of dives, always on the highways and hopping from place to place spreading his good cheer. Good ol' Joe, always begging you to stick around, keep the party alive, and have another for the road. Without Joe around for most people there just is no nightlife other than going out to a movie once in awhile - you go out any day of the week and party with Joe or you stay at home and watch TV.

Joe makes his contribution to society in big ways. He pays loads of taxes, keeps our public servants employed, and makes sure our domestic and justice institutions are hard at work. During a time in the earlier part of last century when Joe's name was muddied he proved he had friends everywhere and many in the highest places where it counts. It was then that Joe also reached down to the depths of society and into criminal elements to offer them rehabilitation and a livelihood so that they would have legitimate business interests and political influence when Joe's name was cleared once again. Looking back though, we can now see that Joe had to point his finger at the innocent Pot Stoner in order to make himself look legit.

Joe is no great friend to the potheads. Sure, they are invited to Joe's parties if they want to join in his kind of fun, celebrate his events, and leave their cerebral ruminations at home. Joe certainly doesn't want them mingling in his political circles or staging their own night time events. Many potheads would like to get out and be sociable as well but would rather turn down the pitch a notch or two, and frankly many if not most of them would really rather not have Joe Sixpac dropping in on their get-togethers. Many of the Stoners feel we could all be more productive if Joe would maybe spend more time at home and less time trying to be in all places all the time. Joe is more and more exposing himself as a glad-handing gadabout and an empty shell with a toothless smile.

A major paradigm shift could perhaps get our collective tax monies being used more productively and for better purposes. We may still be wanting a nice way to chill down after a day's work but there are less potent and not so debilitating relaxants that are popular and finally getting their own name cleared after decades of slander. We are indeed now passing into a new age and with some constructive intention we can make this a better and more inclusive world for all and not just an elite and avaricious few.