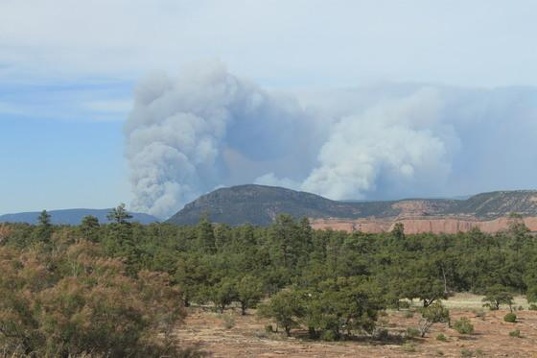 From the Four Corners News


It was estimated to have burned 11,000 acres as of early Monday afternoon and continued to move east due to high winds, said Arlene Perea, public information officer for the Southwest Area Incident Management Team 3, which assumed responsibility for the fire on Monday morning.

She added that an infrared flight would be conducted over the fire area after midnight Tuesday, which would allow the incident management team to get a better idea of the size of the blaze.

Approximately 800 personnel from all over the Southwest have responded but the fire's containment remained at zero, Perea said. 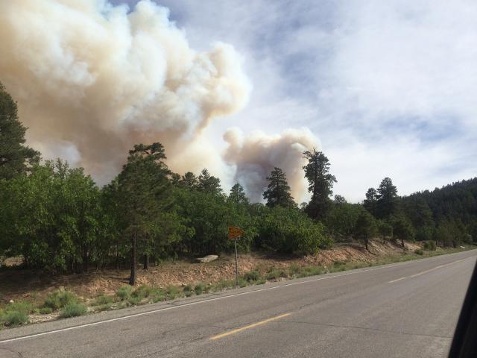 Let me put that in prospective for you--- there are 160 acres in 1 sq mile.
so this fire which only started yesterday as already burned up 68.75 sq miles of wildlands, burned up, one building and forced 50 families to evacuate and leave their homes. 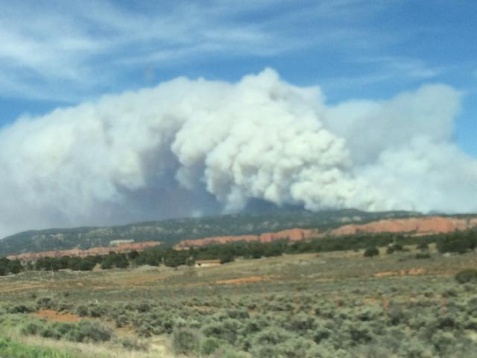 This fire is about 100 miles south of my place here in Colorado. It's right on the NM AZ Stateline, about midway between Gallup and Ship Rock. 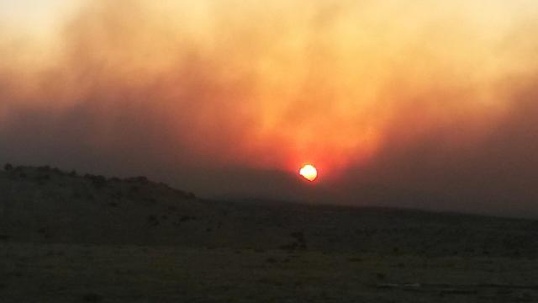 today is a very bad day to have to fight a fire. The winds are up here... getting stronger as the day progresses.... Steady winds at 26 mph gusting to twice that... no rain forecast for the next 10 days. 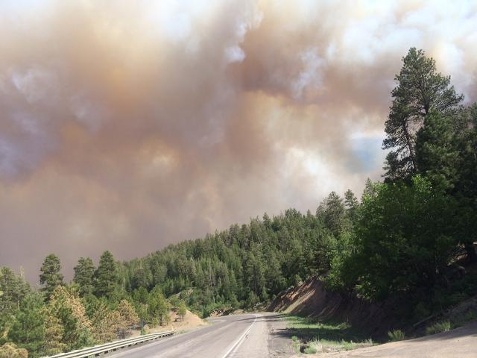 Man is it ever a bad day to fight a fire. Stay tuned this one looks like it could be a bad one.
edit on 17-6-2014 by HardCorps because: Fixed a bad link

I hope everyone makes it out of the way of that fire line, and that the wind and meteorological circumstances in general, improve in the favour of the fire fighting teams which are out getting to grips with this thing.

So you are north of its current location? Well, I hope the wind does not blow it around toward you!
edit on 17-6-2014 by TrueBrit because: Edited grammar

Luckily for me there's a lake and a couple of rivers between us.
and the prevailing west to east winds should keep it well away from us.

But these things are unpredictable--- esp with a high wind event like we have today--- All it takes is one ember carried aloft and just like that we go from 68 sq miles to 100 sq miles.

On the one hand, I am sorry you might be inconvenienced by this, but wildfires are a necessary element of the environment. Many plants only reproduce after fire, and it acts as a cleanser. Mother nature has been doing it for a long time, and humans just tend to think of their own issues, rather than the issue at hand.

The fire is human caused and under investigation. Wildfires here in the dry southwest are almost ALWAYS human caused. A careless person burning brush, a cigarette butt thrown out the window or an unattended camp fire. This is not a natural happening to benefit nature. It's more likely a stupid human that's not thinking about what they're doing.

InciWeb 12,105 acres as of right now and it's windy today AND tomorrow is going to be worse.

(post by JBRiddle removed for a manners violation)
Lynk3

Just a minor correction, but a square mile is equal to 640 acres, still a dayum big fire.