My girlfriend got this from her grandfather as he passed away and she showed me a full album of these. 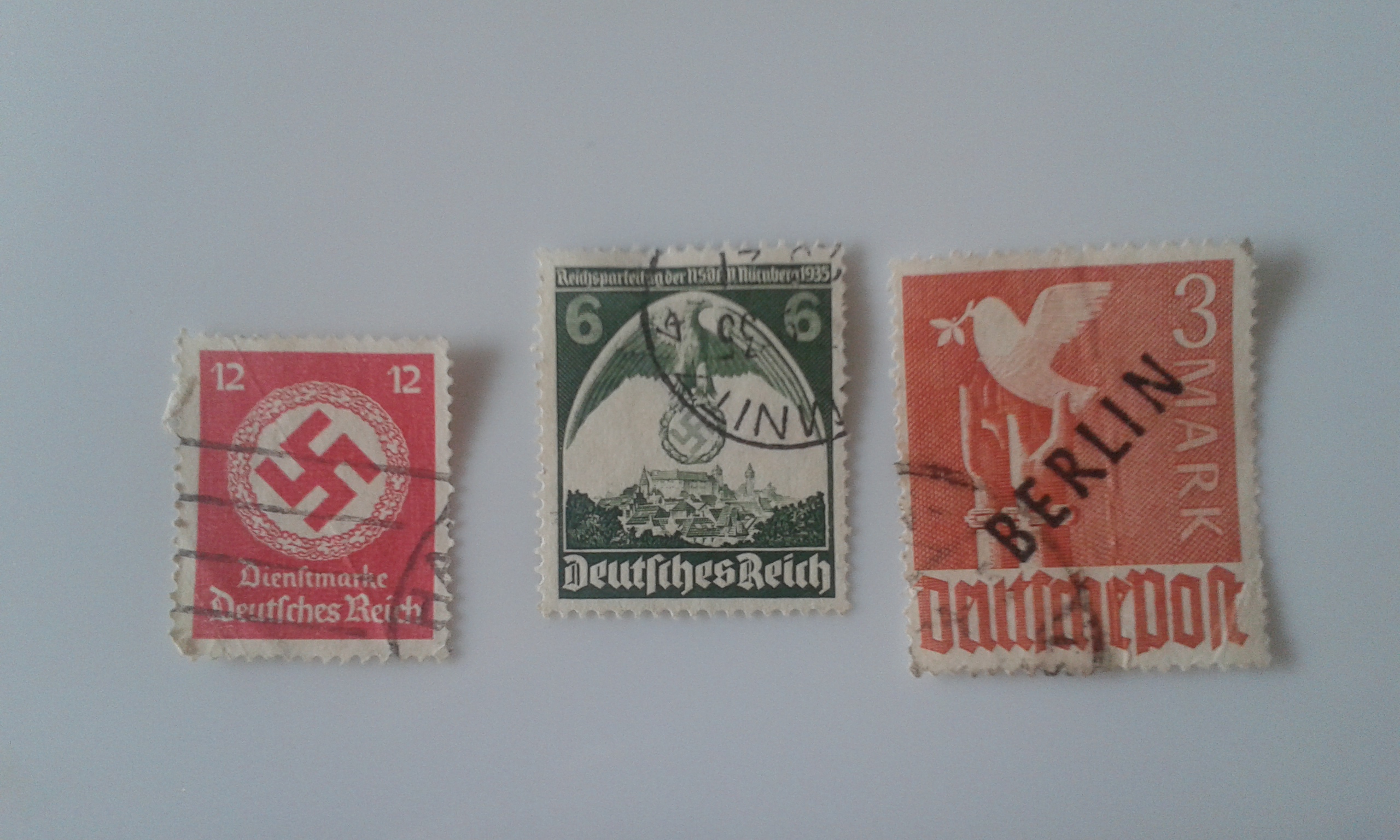 just took some random out to show.

anyone knowes what year they are from ect?

(well... I wouldnt put my faith on the last one tho lol)

regarding money has to have "deutsches reich" or "reichsmark" - that means everything german, nazi or not until 1945-maybe in certain items 48

of course the swastika is always highly collectible! It really depends... I dont really know much about stamps.
edit on 15-6-2014 by FraternitasSaturni because: (no reason given)

thanks for the input.

Will do for sure.

Will do for sure.

Thats why you have the dove and the hands releasing it and all...

remember, collector's items are not worth because of their actual worth, but what they're are worth for the right collector - so, if you're thinking on selling them, search really well first, because something thats worth nothing could be a gold mine to right person.

hope the info was worth it on the 3rd stamp tho
edit on 15-6-2014 by FraternitasSaturni because: (no reason given)

much appriciated my friend!

Just gotta dig through the other 2000+ stamps.

Will update this topic when done.

#2 is just under a dollar:
www.allstamp.net...
It is from 1935 and according to the site "highlights the massive party congress in Nuremberg. It shows the Nuremberg city outline with the party symbol, a giant stylized eagle and swastika."

#3 is just under a pound:
www.ebay.co.uk...
It is from the time of the 1947 occupation and i think it is one of the very first post WW2 German stamps.

An interesting collection in just these 3 which highlights the change of hope, pride and nationalism that was invested by a nation to the nazi party with the end result of a nation begging for peace whilst it feels shackled.

As you have some early stamps try looking for the first few on this page:
www.allstamp.net...
-used but still around 20 dollars each.

At least two of these three are badly creased and effectively worthless.

German stamps of this era are very plentiful and mostly worth a few pennies each.

Don't be fooled by catalogue values: 1,000 stamps catalogued at 25c each are not worth $250 in total. It would be more like $25, if you could even get anyone to take them off your hands. Low-value stamps are catalogued with a "handling fee", not the actual worth.

That said, enjoy them for the historical value, not for any financial worth. An interesting period in history to be sure.

(Check out the "inflation stamps" from the 1920s with insanely high face values: www.hobbizine.com... )