posted on Jun, 13 2014 @ 09:34 AM
link
Darksidius over on the aircraft boards seems to have noticed that there seems to be another large hanger being erected at the South end of the Groom Lake complex:

Thoughts, comments, anyone headed out to Tikaboo to try to get a shot?
edit on 13-6-2014 by Sammamishman because: (no reason given)

I certainly do not know.

Thanks, can't take credit though Darksidius is the one who brought it to my attention over on the LSR-B thread. I wonder if that is what the new hanger is for? Should be big enough for a couple of them.
edit on 13-6-2014 by Sammamishman because: (no reason given)

At a time of renewed east west tensions it is likely that formerly shelved and now updated projects will be brought back out as well as new project's, for us though this means that security will be tightened as well as possible use of dummy facility's to distract from other more interesting location's but in today's world hiding it from the enemy is becoming even harder than hiding it from there own public as every tom dick and harry has a spy satellite up there so red herring is the most likely purpose and flight testing will be done at other locations, that is unless it is a aging or more mature project that is no longer easy to hide or a low profile one.
Still expect security even there to get even tighter as it is no longer conspiracy territory but national defence again, if america is destabilized so is the world so they need to achieve some pretty impressive work to protect the national stability of america and her allies.
At the moment Putin want's the territory of the soviet union back and only a strong nato presence has stopped him taking aggressive measures to do so even though today's nato is no longer in a clean white hat if you get my drift and add to that china with growing tension's with us allied nations and other idiologically opposed territory's.
Now is when they need ultra high speed interceptors with range enough and stealth enough to put the frighteners up the new cino/russian eastern block but a few prototypes will not be enough and they will need a strong projection ability for the near future now that air craft carriers are more vulnerable and showing there age than ever before.
Though this is most likely a spy drone project or similar, perhaps a long range bomber drone.

posted on Jun, 13 2014 @ 11:02 AM
link
Just a quick size comparison at the same zoom level between this new structure and the last newest hanger at Groom:

Welllll, imho, it's not near big ENOUGH for a mothership. LOL.

Was reading somewhere recently about a former atheist and his life after death experience . . . asserting that some Heavenly angel or some such had asserted that the USA was in so much trouble from our going our own arrogant way vs God's that we were in danger of having our population reduced to 10,000 or so.

Certainly we've angered enough folks around the world who'd love to see us squashed. And certainly the oligarchy wants to reduce the global population to 200-500 million.

Sooooooooooo, imho, IF the courageous patriotic military sorts will USE the toys in our defense when the time comes--regardless of traitorous orders from the top--more power to them.

I hope they have LOTS of exotic toys hidden in big hangers and inside mountains there and elsewhere.

--for use against those attacking the people!--

posted on Jun, 13 2014 @ 02:12 PM
link
The new one in construction look less large than the older hangar, it don't look very large, more for a medium size project not something very large in my opinion, a little question , on the older we can see two black line going out of the hangar its the runway line for two plane ? or something else I m not a specialist of the runway mark ?

Here is a photo I shot in 2010 with the pieces of the hush house on the runway, that is the structure was not up yet.
Hush house pieces on the ground

Here is the same area with the hush house erected. You can also see the new water tower.
hush house and tower
Bing has a decent photo of the hush house since it has more up to date imagery than google earth.

This is the area that was grubbed for new construction.
grubbed desert

I have issues with my foot, else I would have already photographed the new areas this year. I sure wish somebody besides me would shoot those Groom panoramas, but alas the other websites prefer to just rip me off. There is this bodily orifice that goes by the handle "wheres janet" that I have to file DMCA take downs constantly. The twerp is old enough to drive now, but too lazy to climb the mountain. Yeah, I have intel on that clown.

Yes, you did spot the cleared desert but now we know what they intend to do there.
We definitely appreciate the effort you put into getting those shots for us. I'd definitely go down there to get some shots myself if I could afford the set up to get said shots and if I could get down there. "It will be a fun family vacation" would be a hard sell in my house to climb Tikaboo.
Do you think they will erect an anti Gariac berm in front of this one too.

Yes, you did spot the cleared desert but now we know what they intend to do there.
We definitely appreciate the effort you put into getting those shots for us. I'd definitely go down there to get some shots myself if I could afford the set up to get said shots and if I could get down there. "It will be a fun family vacation" would be a hard sell in my house to climb Tikaboo.
Do you think they will erect an anti Gariac berm in front of this one too.


Actually from Bing, much of the new construction can be seen. Both at Groom and at the TTR, which got a new building about two years ago. The TTR imagery on Google is really out of date.

You can always go to the Terraserver website and get little snippets of imagery, but the resolution on the free stuff isn't much to get excited about. When I spotted the new building at the TTR, it was already on the Terraserver, then in a short time later it was on Bing.

There is a notion that the berm by the new hangar is to block the view from Tikaboo. I just don't see that as being the case. You can still see most of the hangar door.
New hangar
You can see that hangar from locations further south, which gets around the berm blockage.

And climbing Tikaboo could be a fun family vacation, though perhaps not for every family. If you are not camping out on Tikaboo, but just want to climb the peak to see the base, you can easily do it during the day with just a camelback, a few sports drinks, and binoculars.

In the summer, a lot of people who do camp out will just sleep in their sleeping bag on the ground. I don't like getting nibbled on by field mice, of which there are plenty due to people leaving trash on the peak and the nearby campground.

It is difficult to photograph, but there is a sleeping spot on Tikaboo that I consider 100% insane. It is basically on the side of the cliff. If I didn't witness someone actually camping out there at night, I wouldn't believe it. When I bring people to the peak, I point it out and they just shake their head. 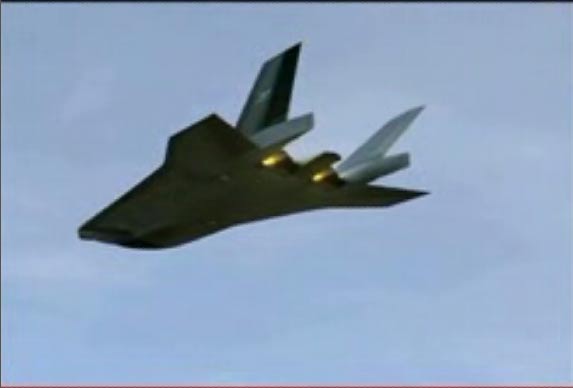 Yes. It's an artist's concept of the cancelled HTV-3X Falcon hypersonic research vehicle.

posted on Aug, 1 2014 @ 11:58 AM
link
updated pictures on terraserver. looks like the new hangar is still under construction.