NPR’s David Folkenflik has a revealing new look at what I have long believed is one of the most important journalistic stories of the last decade: The New York Times' 2004 decision, at the behest of George W. Bush himself, to suppress for 15 months (through Bush’s re-election) its reporters' discovery that the NSA was illegally eavesdropping on Americans without warrants. Folkenflik's NPR story confirms what has long been clear: The only reason the Times eventually published that article was because one of its reporters, James Risen, had become so frustrated that he wrote a book that was about to break the story, leaving the paper with no choice (Risen’s co-reporter, Eric Lichtblau, is quoted this way: "‘He had a gun to their head,’ Lichtblau told Frontline. ‘They are really being forced to reconsider: The paper is going to look pretty bad’ if Risen’s book disclosed the wiretapping program before the Times").

What's revealing about these admissions is that Snowden is far from the first to leak information about the spying. A number of whistleblowers had come forward to expose illegal wiretapping and spying by the NSA, but the media was blacking it out, the NYT's stating in their case the request to cover it up came directly from Bush himself.

As Folkenflik notes, this episode was one significant reason Edward Snowden purposely excluded the Times from his massive trove of documents. In an interview with Folkenflik, the paper’s new executive editor, Dean Baquet, describes the paper’s exclusion from the Snowden story as “really painful.” But, as I documented in my book and in recent interviews, Baquet has his own checkered history in suppressing plainly newsworthy stories at the government’s request, including a particularly inexcusable 2007 decision, when he was the managing editor of The Los Angeles Times, to kill a story based on AT&T whistleblower Mark Klein’s revelations that the NSA had built secret rooms at AT&T to siphon massive amounts of domestic telephone traffic.

At least we are getting to the point where some in the media are admitting there was a massive coverup of NSA spying, even if they duck and weave on who is to blame, and engage in smearing Snowden as if that excuses their own culpability in the scandal. Maybe one day we'll get to the point of prosecuting all those involved.

Not good. At least it was a temporary blockout, and not a permanent one. Both sides are corrupt though.

posted on Jun, 8 2014 @ 10:47 PM
link
It seems very few officials have any desire to tackle this or even state that it's wrong. What's the same between the two party's is horrifying. Not surprised at all on the gag or who ordered it.
edit on 6/8/2014 by Kali74 because: (no reason given)

posted on Jun, 9 2014 @ 12:14 AM
link
If what the NSA is doing is a scandal ... and what is being uncovered at the VA is a scandal ... then they are on par with one another ... or the VA trumps all. Honestly, I think the VA has been the elephant in the room for so long it wouldn't be noticed unless it went missing. But, you're not hearing about that hardly anymore, are you?

There's a lot of spin associated with the NSA 'scandal' ATM. The jury's still out as far as I'm concerned. Both sides in the argument over the NSA are exploiting public perception/reaction. Once you figure out that no one is going to lose their job, no one is going to jail, and the NSA is going to keep on keeping on ... we can get back to eating grass and bleating.

Their trick, sorry it's taken so long to come to the point, is to get you to point The Finger of Blame at "someone" rather than attributing it to TPTB as a whole ... and concluding that we need to shi*-can major parts of the system and demand a reduction in government spending and a corresponding reduction in taxes.

TPTB have a game plan for that too. It's called hyperinflation. Are you ready?

ETA: Be careful about what you put in the Subject Line of your e-mails. I recommend something really generic like: Hey!! How are you?

Dumb shi# like: Pro-gun Rally Tomorrow or This Is How You Bypass TSA Security draw fire unnecessarily and we're all familiar with Murphy's Rules of Combat. So don't forget, sending an e-mail to one of your friends like that is like 'the tracer working both ways.'

This should come as no surprise.

Bush laid the ground for everything else (citizen watch lists, citizen assassinations, indefinite detentions, drones, torture, the TSA, the DHS, warrant-less searches etc.), why would NSA spying be any different? 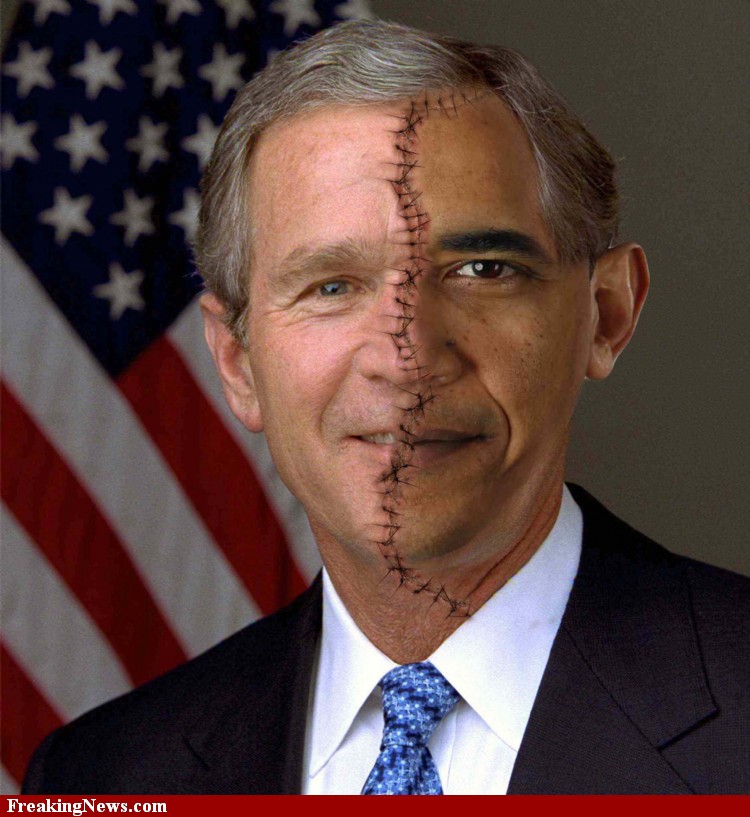 I hope he burns.

Snowden was the first whistle blower that got media coverage.

There were other important whistle blowers before him. The information was always there just under the veneer to discover. Just like JFK, RFK, MLK and 9/11.

For whatever reason, people filter it out or chase it out of their minds with irrelevancies. Willful ignorance is a source of great evil in this world. Is it less evil than joining the fascists openly out of self interest? IDK.

There have been several whistleblowers about the NSA spy programs, but none of them had the proof Snowden did. What is really an outrage is the direct coverup from the Bush WH, and how quick the media was to comply. Journalism is dead, the 4th estate was always there in the past to keep the government in check but NeoCons eradicated it, all in the name of "Patriotism".

originally posted by: ugmold
Many of us were very aware of Eschelon and Carnivore many, many years ago.

This is not new at all. Folks are beyond dumb in how this works. The "information" comes out. Middling folks in various areas like news papers, congress etc. do a little hand wringing and fake outrage. The rage is expressed by the talking heads "oh my god, how can this happen" all the while they missed what was happening.

One year the furor dies down, folks stop caring and magically the systems are now in place for life because the rage cannot be sustained for more the a few months. Those in charge KNOW this, so they cop to their own efforts and wait for folks to forget. Get this; NOTHING WILL EVER CHANGE on this matter, EVER. It is too late.

The cover up over the programs and the warrantless wiretapping goes way back:

The NSA citizen-based financial and industrial dragnet is also reportedly being used to spy on all American domestic and foreign financial transactions, including downloading bank accounts and intra bank currency transactions—both foreign and domestic.

According to national security expert and federal whistleblower Thomas Heneghan, leaked intelligence reports are alleging that U.S. media executives and talk show hosts were given favors and tips on currency movements along with the ability to unobtrusively trade offshore using the Singapore Stock Exchange (SYMEX) in order to provide cover for their transactions away from U.S. jurisdiction.

Heneghan said that NBC—General Electric [GE owns 80 % of NBC] is heavily involved in the offshore trading activity according to the intelligence reports.

This allegation is truly damning, if one of the reasons the media execs are involved in covering up these programs existence is that they too profit from them as Thomas Heneghan claims.

Yep, that's right. Everything that has gone wrong or could possibly go wrong in the future for the Obama administration IS ALL BUSH'S FAULT!!!

It's obvious that Saint of a man, Bill Clinton, was absolutely pure and valiant and never had any of these programs going on during his presidency.

Wait....he was impeached? Well he was still perfect. It was the other Bush's fault for that one too.

I'm pretty sure if 9/11 happened on Obama's watch followed by the creation of Homeland Security, Patriot Act, TSA, the War on Terrorism, warrantless wiretaps, and a tanked economy--- Pretty sure for many years to follow, a lot would be viewed as Obama's fault. The Bush Administration gave us 9/11 and the rise of Big Brother. We are now living in the world that was set in motion. All those cries of anguish about the Patriot Act... We're now living it. Big Brother is here. The Bush Administration totally changed the country and completely divided us all. Never forget.

originally posted by: ugmold
Many of us were very aware of Eschelon and Carnivore many, many years ago.

There was a time many years ago that those that knew of government was listening would include the entire list of watch words in one email. Once in a while I still trace my emails hop by hop and they all go through Langley before going to the recipient. When I lived on the west coast I could send email down the street and it would go round trip to Langley and back before going down the street. When everyone acted surprised that the government was listening and reading there was always a contingent that knew and it was no surprise at all.

Why else would they make it law that everything would have to go to digital communications. A computer reads 1's 0's PDQ.

Great photo, to bad you couldn't splice Clinton in the picture as well. He is the one who started with cell phone taps and recordings. Called the Calea Act cell companies built mountaintop buildings that intercepted all cell calls and through something as simple as a email with a badge number you could have all communications recorded and set in a file to your LEO email.

CALEA: the "Communications Assistance for Law Enforcement Act", technically still required a court order before they could tap your phone.

That changed under Bush with warrantless wiretapping and broad wiretapping of everyone, anywhere, at anytime.

You can go back to the early 70's and find scandals of illegal wiretapping and surveillance, and I believe it was spun out of the Watergate investigation that Congress decided (via the Church Committee) to create the "secret court" (FISA or FISC) to oversee intelligence gathering requests, and determine their legality.

All that changed in 2001 with the US Patriot Act.

All this time wasted about who knew what when when now that we all know we should be burning these data centers to the ground and hanging all the politicians who either support this or play coy with lukewarm opposition to this and NSA agents from streetlights.

But no. We'll keep letting it happen and occasionally read about it and think gee, it isnt right they're recording all my phone calls and cataloging my grandma's email then American Idol will come on and it'll be sore thumbs from dialing in our vote.

CALEA: the "Communications Assistance for Law Enforcement Act", technically still required a court order before they could tap your phone.

That changed under Bush with warrantless wiretapping and broad wiretapping of everyone, anywhere, at anytime.

You can go back to the early 70's and find scandals of illegal wiretapping and surveillance, and I believe it was spun out of the Watergate investigation that Congress decided (via the Church Committee) to create the "secret court" (FISA or FISC) to oversee intelligence gathering requests, and determine their legality.

All that changed in 2001 with the US Patriot Act.


Personally I think it's all a load, there is no one to monitor them but themselves. Not only is the fox guarding the hen house but it is restocking it as well. Also seriously you only needed a badge number on department letterhead to get a tap, and of course the cell number you wanted tapped.