NASA cuts live feed from ISS when UFO shows up

In it we read the following:

you can get a look at Earth any time from the new HDEV camera mounted outside the ISS on the Harmony module. Well, almost anytime. Because of the extremely bright sunlight in low earth orbit (LEO) the camera had to be prepared for that so you won’t see anything while the ISS is on the night side of Earth which will be every 90 minutes for about 40 minutes.

Can someone with a bit more knowledge of these feeds remark on what screen they go to while this is occuring?

posted on Jun, 8 2014 @ 02:34 PM
link
I'm certainly not an expert at video analysis. Anyway I took a screen capture from the video while it was zoomed in and tried different editing features in Picasa3. When I turned the saturation all the way up it looked like this.

It's kind of weird looking with the blotches of blue squares...
If it is a UFO which end is which? Where is the bridge? Where's the engine exhaust? My best guess is that the pointy area at the top is the front of the ship and the bright square is the engine outlets. How's that for a guess?

originally posted by: ressiv
the video is curious....phage's explaination also as from the books
if tru.... nasa would afcourse cut the live-stream ad once

ore do some think that nasa would give an full coverage of an ufo?

The practice is to pay serious attention to anything unusual outside. on the off chance it's an indication of vehicle malfunction or other potential hazard. Everybody gets to see it.

That's one of the "99 FAQs" based on my own Mission Control experience, at www.jamesoberg.com/ufo.html, please take a look. 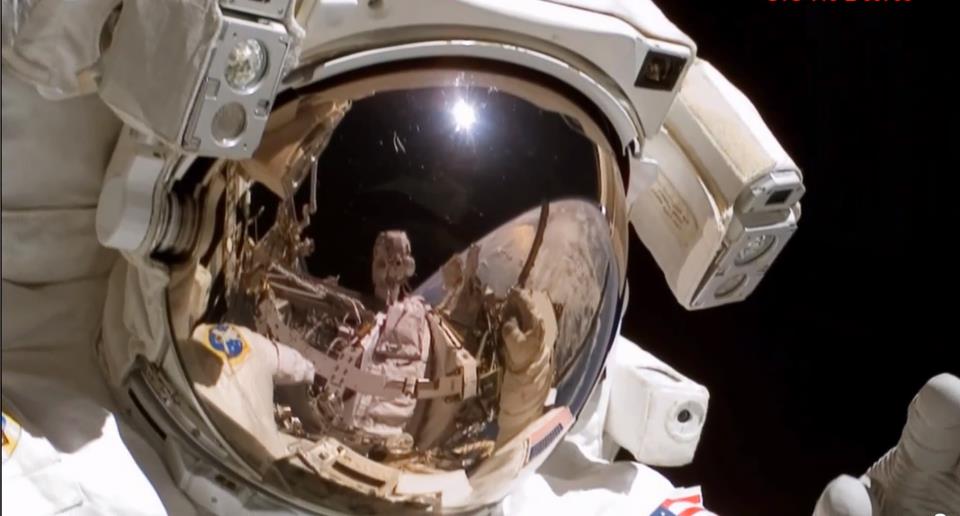 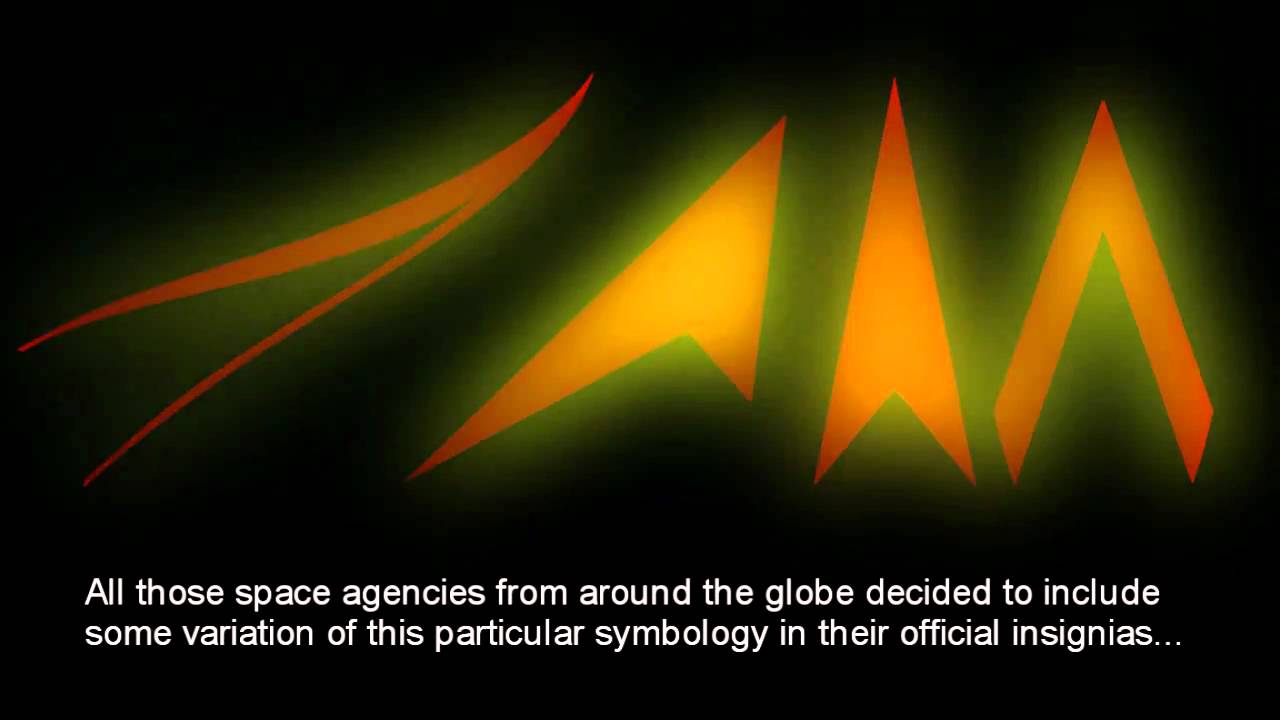 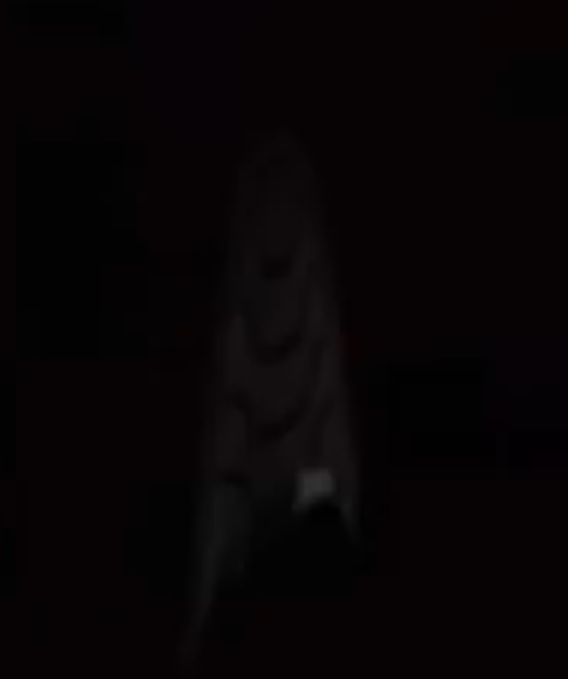 The same goes for a reflection as it could be a small part being reflected that can not be identified without the whole body of the item reflected.

I think reflection or hoax, as they seem to be most plausible, the spaceship is a little over the top, especially if it's full of aliens
edit on 8-6-2014 by Mianeye because: (no reason given)

If you want to not freak out the UFO fans wouldn't you simply let the video run and not instantly cut the video as if something is to be hidden? What kind of inadequate action would be that by NASA? Act less freaky and no one will even pay attention.

I know nothing of the video, this looks like an object from Star Trek/Star Wars, so either fake or if real, what is it, I do not think it is a teleported spaceship lol.. but I don't think a reflection either

@Awakehuman may be on to something - anyone t hat posts in capital ..."COVERUP FOR ALIEN...' can instantly be added to the hall of hoaxers
edit on 8-6-2014 by LightYearsAhead because: (no reason given)

originally posted by: LeviWardrobe
Why??! Why the # would it do it. This is an advanced civilization that can make ships materialize out of thin air. What possible goddamn purpose does it have appearing with the ISS?

Regardless of all that, it isn't a UFO. It isn't properly lit, it doesn't exhibit any obvious 3D form, it doesn't rotate or shift or slide or anything. It is an object that is static relative to a camera attached to an object travelling 17,100 mph in a very specific orbit. Knowing that, we can be certain that is something within the camera or the ISS.

"why woud it do it"...Well if it is a geniune UFO, then i assume it would realise that this incident would be noted by researchers and significantly contribute to awareness,so in a sense it is obvious...although i feel monitering the ISS would be a scond guess of mine.

I have seen UFOs many occasions and the nature of their flight can be misleading,if you want to draw comparisons to 'what is known'.

I have seen UFOs morph and defy known psysics..so the fact that it can close in on the ISS in an unusual fashion, is of no suprise, which can be hard to grasp with primative human understanding,generally speaking.

I conceed it could be CGI..but...it is quite perculiar how the feed went dead and i don't beleive in coincidence anymore,plus it fits the look of previous anomalies i have come by,so for the record i say UFO! although technically this incident may not be able to be proven.

I must say caution must be applied to the UFO phenomenon.It isn't as cut and dried as just 'aliens' from what i can garner...I do beleive the possibility of other life, given the logical statistics for it to exist...but..there is a great deception at hand,as the likes of William Cooper championed..look where He ended up! I fully suport the notion that this planet has been under ET control for millenia..i.e. Anunnaki..check cryptoterrestrial hypothesis (man called Mac Tonnies-again most likely murdered for encroaching on the truth at the tender age of 34 rip) Wes Penre also has a great take on it as well,check Him out.

I'm sure many are familiar with what are called the 'Watchers'??...well i beleive a big part of this phenomenon is down to them..i don't mean reverse engineered craft,i'm talking Anunnaki craft..These individuals (for lack of a better term) have been in power since Atlantis and beyond,hence the sightings and depictions of antiquity...they pull the strings at the very highest echelons on this planet and are indeed where all royalty and secret societies owe their allegiences.

So in summary, don't just jump and say aliens..yes it could be possible and most likely that we are being observed,but it is not as simple as that i beleive.There are battles going on right now in space and also being played out on Earth by opposing factions of the same group,but ultimately they share the same goal..the supression of Man.I feel the picture being sub-conciously painted by those in control, is that Humans should fear aliens...is that a double bluff..in the case that there may be good aliens? and if they intervined in Earths affairs they would be seen as a threat by the populace? which plays into the hands of those in control..it's a minefield out there tread carefully

"Well if it is a geniune UFO, then i assume it would realise that this incident would be noted by researchers and significantly contribute to awareness"

There are a million ways it could make itself known, without being so mysterious. This isn't a good argument.

"although i feel monitering the ISS would be a scond guess of mine. "

Advanced, extraterrestrial life... and they need to be within spitting distance to observe us? We don't even need to be that close to observe something.

There are just so many things wrong with this scenario.

posted on Jun, 8 2014 @ 05:41 PM
link
It seems they cut the feed and displayed the gray screen once before that when NO object was seen (at the 1:51 mark of the video), so it seems the feed does get cut sometimes for other reasons beside allegedly hiding UFOs.

There are 4 cameras up there, and it automatically switches the feed between them in intervals. Every single time the camera switches there is a grey screen. The grey screen literally means nothing.

And yet the debate continues.. get a clue people.

posted on Jun, 8 2014 @ 06:36 PM
link
The timing of the feed being cut is just too suspicious for me to believe it was random. They obviously cut it for one of two reasons 1) they were trying to hide something 2) they didn't want endless emails from UFO buffs pointing out the object.

Either way if this video is taken directly from a live NASA feed and it hasn't been altered, the appearance of that object is damn weird and very intriguing. It appears to have some sort of "ribbing" texture and the shape does look like a craft.
edit on 8/6/2014 by ChaoticOrder because: (no reason given)