If it's not trance, it's crap. 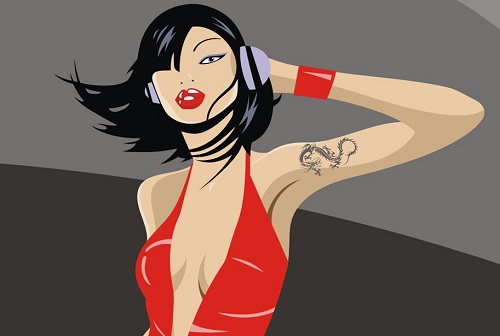 Such a closed mind.

So much music out there to enjoy, why stick to just one?
edit on 6-6-2014 by TDawgRex because: (no reason given)

Such a closed mind.

So much music out there to enjoy, why stick to just one?

Don't take everything you read so literally.

Especially on the intertubes. And especially in the off-topic forums.

Here, have some trance:

posted on Jun, 6 2014 @ 07:21 AM
link
If when I die, as I am drifting up toward the pure white light at the end of the tunnel, I begin to hear this "trance" music growing louder and louder as I get closer and closer to Nirvana, I will turn right back around.

posted on Jun, 6 2014 @ 09:40 PM
link
I sometimes incorporate trance qualities into my hip-hop beats. I just uploaded this to youtube:

I don't always do trancey hip-hop songs but I try to. I also try to incorporate a lot of other genres in my beats. This one has a bit of soft metal in it with sad/uplifting vibes (SoundCloud) Symphony of the Living Dead

My most trancey beat to date is one called (spirit molecule) Hyperspace but that's not public as of right now, I made it before I learned anything about mixing and levels so I have to revisit it and re-produce it.

posted on Jun, 7 2014 @ 01:52 PM
link
Wanted to stop by again in this thread to share a perfect example of the trance I love listening to. This is just a mix called Approaching Farewell, but every song managed to capture the essence that truly appeals to me in trance.

Around 23-25 minutes I started to break down in tears, and at 25 on the dot I think I actually lost it and let go of myself completely, diving into the music, vibrating with it. Feeling it. Being it. Nothing existed to me in that moment except for the music and my metaphysical-self.
edit on 0146k3 by Lynk3 because: (no reason given)

Would you classify Pink Floyd and The Doors as trance then?

originally posted by: Lynk3
a reply to: olaru12

Would you classify Pink Floyd and The Doors as trance then?

Trance is an attitude and approach to music. Not limited by instrumentation, orchestration or personalities.

Another factor is the way the listener wants to process the music or sound.

Trance need not be limited by droning, electronic, digital sounds....it's much larger and personal than just a "hip" label.

To me this music by MJQ is some of the most beautiful and subtle trance music ever created.

I recognize that but if you don't classify trance as a specific sound, it can be generalized to include anything that induces an altered state of mind, even in hip-hop like with Beautiful Pain by Eminem.