Fox guest: White liberals like Neil deGrasse Tyson so much ‘he could defecate on them’

“I hate this guy,” McInnes told host Greg Gutfeld and his panel. “I remember hearing Chris Hardwick on a podcast talk about Neil deGrasse Tyson and he was just salivating. White liberal nerds love this guy so much, he could defecate on them like Martin Bashir’s fantasies and they would dance in the streets.”

Video on article Fox guest: White liberals like Neil deGrasse Tyson so much ‘he could defecate on them’

Fox news the home of the fair and balance...

So the guy said he is a racist, complains of being discriminated but like a women being rape for wearing short skirts he asked for it...

“He talks about things like, ‘when I was young in New York I would get racially profiled when I’d go into stores,’” McInnes complained. “Back then he looked like he was in The Warriors. He had a huge afro and a cutoff shirt and New York was a war zone. Sorry, you fit the profile.”

Gutfeld and McInnes were apparently upset with deGrasse Tyson’s remark to MSNBC’s Chris Hayes last week that his “great fear” was that extraterrestrials had visited Earth and chose to leave “on the conclusion that there’s no sign of intelligent life on Earth.” DeGrasse Tyson also poked fun at the fact that, if there is life on other planets, their first impressions of our planet likely came from transmissions of old sitcoms like I Love Lucy and The Honeymooners.

Well I'm white and certainly would not allow Neil deGrasse or anyone else to defecate on me, maybe i'm not liberal?

Do you agree with this guy, Neil deGrasse is the worst thing to happen to humanity? or this guy is the proof there is no intelligent life on earth. Stay Classy white supremacist fox news guest.

I presume this was deGrasse response to it 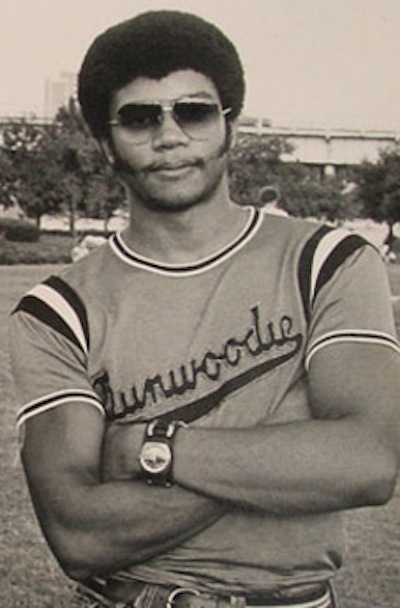 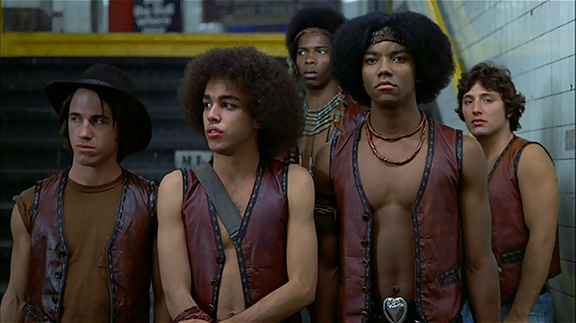 He did look like a warrior, how you look 40 years ago matters on what you do now?
edit on 6-6-2014 by Indigent because: (no reason given)


Errrnn sorry Americans he is Canadian Gavin McInnes, and technically fox news is Australian in origin...
edit on 6-6-2014 by Indigent because: (no reason given)

Creationists and other dribbling idiots have been attacking Tyson for weeks now for his failure to mention their 'arguments' on Cosmos. They tend to forget the fact that their 'arguments' have the same amount of science behind them as the tooth fairy. As for Fox News, they're just idiots.

posted on Jun, 6 2014 @ 05:33 AM
link
Fox news doing what they do best attacking scientist and blacks, and Neil is both a scientist and black. It couldn't have been racist because I think they declared racism no longer exists, right?

I find it interesting the guy couldn't talk about the ufo topic, just attack the messenger.

I think Tyson is a awesome person and role model for young people worldwide.
edit on 6-6-2014 by LDragonFire because: (no reason given)

originally posted by: AngryCymraeg
a reply to: Indigent

Creationists and other dribbling idiots have been attacking Tyson for weeks now for his failure to mention their 'arguments' on Cosmos. They tend to forget the fact that their 'arguments' have the same amount of science behind them as the tooth fairy. As for Fox News, they're just idiots.

McInness says he hates Tyson......why? Because he is more open minded and more intelligent than he is? Because Tyson is a scientist and he knows he will never have the brains to become one?

I have read McInness' comments on working mums and black people....he certainly fits a stereotype, not the other way round!

Why would you ever make a scientist a politicum?

Scientist cannot be politicians? is this a new form of discrimination?

originally posted by: undo
he supports the space program. everyone should like him.

Damn right they should. He loves to talk about science and explain the way the Universe works. He's not just a scientist he's an educator as well. I guess that makes him a baffling freak as far as Fox News is concerned, as they can't work out what his agenda is.

originally posted by: Indigent
a reply to: ColCurious

Scientist cannot be politicians? is this a new form of discrimination?

No. Not what I meant, sorry.

I didn't realize that "politicum" is not a word in the english language, my bad.

It's basically the Jerry Springer of 'news' shows.

Any shock or mockery of what goes on there is just not fair since it's all garbage by design.

Like saying "laugh at the retard, he's a retard."

wiki
edit on 6-6-2014 by thisguyrighthere because: (no reason given)

posted on Jun, 6 2014 @ 06:50 AM
link
Well lets just ask his supporters in here for clarification. Would you let him defecate on you? Even figuratively speaking?

Any shock or mockery of what goes on there is just not fair since it's all garbage by design.


You mean like 99.9% of all the "news" on FOX? It is a surprise that FOX switched from the usual Muslim hatefest though.

I don't like Fox News, but to be fair this is Red Eye. The whole show is constant joking around, and it is on late at night. They say stupid offensive stuff on purpose.


Obviously anyone who questions or causes us to question the biblical stories was sent by the devil to confuse us...exactly like the dinosaurs!!!!!!

What if Niel degrasse Tyson is a dinosaur!?!?

"Cosmos: with Niel the satanic dinosaur"!

To be fair he's right. Red eye is the conservative version of the daily show... It's a sad comparison.. But the best conservatives could come up with. Haha

originally posted by: Logarock
Well lets just ask his supporters in here for clarification. Would you let him defecate on you? Even figuratively speaking?

No, but I would allow him to defecate on Gutfeld and McInnes, (literally) and not be upset with him. Does that count?

Well when you watch Red Eye at 3am you basically waive your right to be offended.

Now, I personally dislike Neil deGrasse Tysons approach in the show Cosmos. I think the show is lacking in depth and detail, but that is mostly because I am used to BBC science documentaries, which concentrate far more on the science than the personal stories of the originators of those sciences. While I appreciate history, it is NEW science and discoveries which interest me, and which are worth reporting to the masses, and I think that Cosmos focuses too much time on sappy animations of yesteryear. That is not my only gripe with the show, but it is the big one.

All I know is, that the fellow who made the negative comments around which this thread revolves, is a terrible curmudgeon. I say that, as a confirmed curmudgeon, but even I would refrain from being as witlessly spiteful in a media interview as he has been toward the presenter of Cosmos.