Package on my doorstep today. Should I open it?

would you open that? 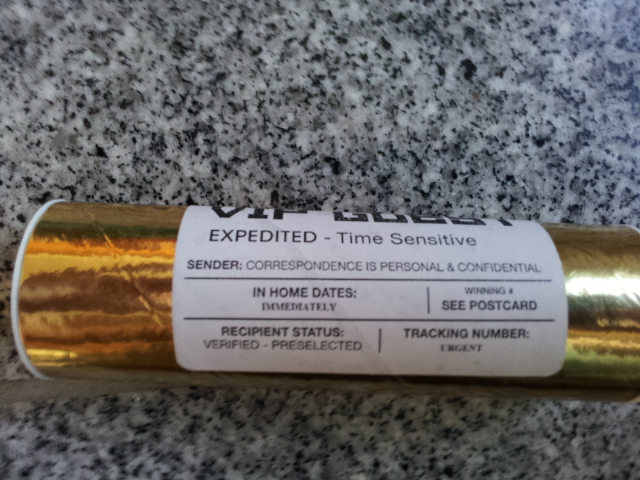 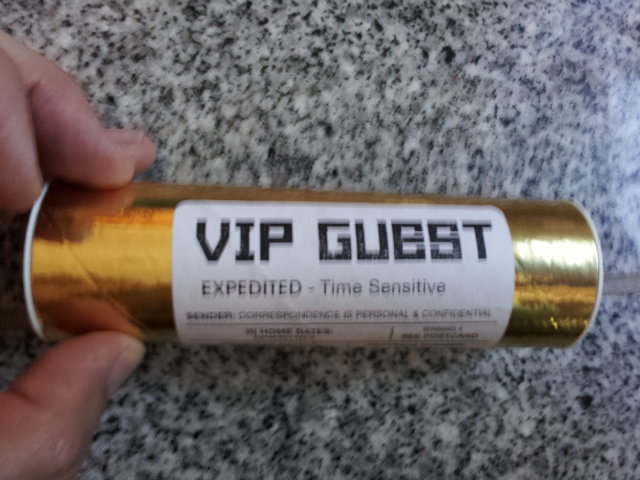 It's begging to be opened based on the labeling. Are you a sucker?

Funny that your avatar is a cat...you know what curiosity does.

It's shiny, it can't possibly be bad, probably.

And it suggests that your really really important, yep, I might open it, maybe, only because I'm not aware that anybody is out there trying to vaporise me.

I would open it. It's probably some kind of advertisement crap. They are getting more outrageous with that lately. I have been getting some pretty expensive advertisement "stuff" the last few months. I can't help but think about how much cheaper they could sell stuff for if they didn't put so much money into gimmicks.

Open it... Then take pics. I want to know what you got. It's like Christmas.

Yes. It's been a boring day.

It looks like something the Publisher's Clearing House would send to some people to tell them they MAY be the big winner...or something like that. Notice it says verified and preselected.

That always means money out of your pocket if they can convince you to fork it over ....

It's small too... How much damage could it possibly do if it did blow up? I think it's worth the risk. It would probably be like those snap&pops. They aren't bad.

posted on Jun, 4 2014 @ 08:10 PM
link
It refers to an accompanying post card. What does the postcard say? You're giving us half the information here. The post Office cannot deliver mail without an address, which has to be on the postcard. It's obviously advertising sent to thousands of households. No need to make it into a conspiracy drama.

putting it between two concrete blocks. then the pic.

It's small too... How much damage could it possibly do if it did blow up? I think it's worth the risk. It would probably be like those snap&pops. They aren't bad.

Watch it be a new brand of tampon....

Immediately = we want your money.

Winning see postcard = get ready to be sucked in for money.

Verified - preselected = this person's got money, we want it.

I would probably just throw it in the garbage to join all the other junk I get lol...

Or you may open it and find out you won 10 million dollars.

Do whatever it is you would want someone to do if that was your lost package. I've had this same situation occur a handful of times and my course of action has been to 1. try to contact the courier, and 2. open it only if I thought I could find info on to whom it belonged. I'm not the morality police, so if you open it do post what you find!

putting it between two concrete blocks. then the pic.


You can do it. Wear oven mitts!


That usually means you only have a limited amount of time to fork over some money to them...after the time limit...it costs more for whatever they are trying to sell you. Time share marketing does that a lot.

posted on Jun, 4 2014 @ 08:25 PM
link
I keep refreshing waiting for pics like I'm bidding on ebay or something. What does that say about my life?

OP - If it says to be sure to drink your ovaltine you can do that after you post pics. You can skip the pics if it blew a finger off or something though.
edit on 6/4/2014 by Kangaruex4Ewe because: (no reason given)