They Stumbled Across This In The Woods… Beneath It Was A Terrifyingly Awesome Secret.

When I was a kid I was absolutely fascinated by the old WWII story's of my grandparents, we lived near to old industrial estates and large warehouses which is now vauxhall general motors, and also a number of quarry's dotted around to which was all part of the war effort, so these being targets for the german Luftwaffe there were lots of air raid shelters, defensive pillbox rings, long closed RAF bases and lots of other strange structures we never really found out the purpose off before being demolished, as kids we would set off for the day and adventure out to find these places... However we never quite found anything like this and I could imagine us all arguing who was going in first


Deep in the woods in the middle of northern Germany there are strange, periscope-like pipes that are jutting out of the ground. One day, a group of friends stumbled across them in the former German Democratic Republic territory. They decided to explore the area, even though it seemed a little dangerous. What they found hidden beneath the ground was historically interesting … but also terrifying. 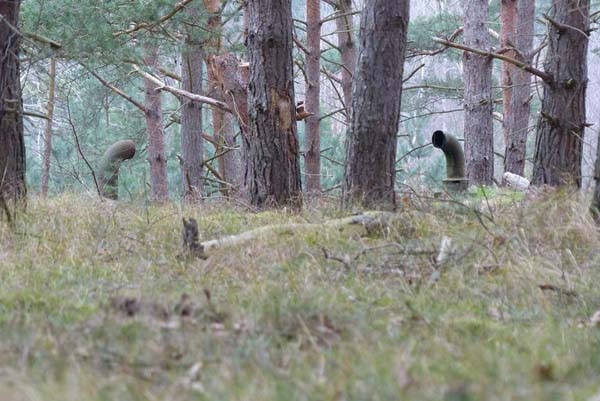 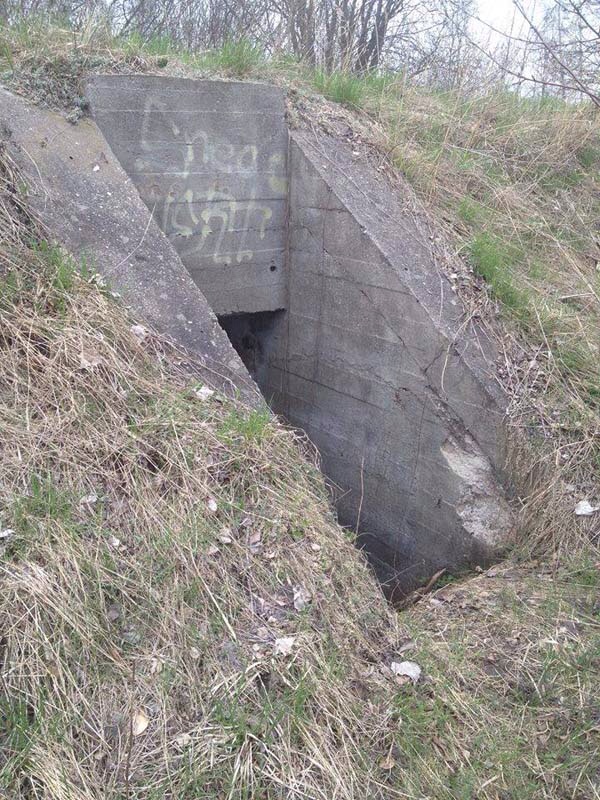 It's a WWII bunker. It's whereabouts was known and it's entrance was boarded up.

What's with all the foreboding?

originally posted by: butcherguy
Not sure what the terrifying part was down there.


originally posted by: butcherguy
Not sure what the terrifying part was down there.


I say it because I have done it. Exploring as a child. I've been in much worse places as an adult.
It would approach creepy, but I wouldn't call it terrifying.
I was let down a bit. I expected that they found a germ warfare weapons station that still had viable materials or a nuclear weapon that had been set up as a part of a 'scorched earth' insurance policy, then forgotten.

originally posted by: DogMeat
Go inside! tells us what is there and take pics!

Looks like a bomb shelter to me. As a child I played in bomb shelters from WWII in Southern California.

Unfortunately all we have is a picture of the entrance from an angle providing zero enlightenment as to what the interior looks like.

Those in SoCal were just straight and uniform ... quite boring.

Edit: when all else fails, follow the link (missed it first look).

This is more than some bomb shelter, it would appear. What I have no clue.

These are ventilation pipes with dirt simple elbows.

The only periscopes that resemble these are in children's cartoons.
www.clipartlord.com...
This is what a periscope looks like.

What's with all the foreboding?

Nothing foreboding, just buried history. My mom grew up in Germany. She lived near a castle, her house was used as a radio center, arms depot and bomb shelter for the locals. in the end, they painted a big red cross on her house so the allies wouldn't hit it (good thing too). Pattons forces took the town and there was a battle. The castle burned for days afterward.

I have been there and she relived those experiences for us. We visited all the sites there locally. There was a wood nearby that the locals have forgotten about. She said there was a lot of buried secrets up there. Including an old airfield that berthed Messerschmitt fighters.

So I googled it…

I marked the location of the old airfield on the hill. The house is a little south and the castle is west in this capture. Looks wild still, love to go back and look around.

I imagine there are still places such as these in use as labs pumping out weird mixtures of human and animal.
The places they did human experimentation would definitely feel terrifying.


originally posted by: DogMeat
Go inside! tells us what is there and take pics!

Pics of the inside... all I se are to standpipes and a entrance.
What is on the inside???

If you read the bit you quoted, the link has more photos of the inside. Click on the link.
edit on 2/6/2014 by iskander683 because: (no reason given)


originally posted by: DogMeat
Go inside! tells us what is there and take pics!

Pics of the inside... all I se are to standpipes and a entrance.
What is on the inside???

Go to this link that the was in the OP.... viralnova, the pics of the inside are there.

posted on Jun, 2 2014 @ 10:14 AM
link
What gets me is there are still so many of them that are unknown or forgotten I'm just amazed how much history has been lost since WWII... I remember trying to research ones closer to home and turning up with nothing

Sure they're just Shelters and bunker complexes but there's something eery and lost about them and there history
edit on 2-6-2014 by TritonTaranis because: (no reason given)

There is a link included at the bottom of the post.
There are more pictures to see there.

These are ventilation pipes with dirt simple elbows.

The only periscopes that resemble these are in children's cartoons.
www.clipartlord.com...
This is what a periscope looks like.

When you are able to master the language of the OPs native tongue then maybe then you can criticize the way he/she has made an effort to write in Englsh and has written his/her post and tried to describe as best as he/she can.

PURLEEZE... Tolerance... what happened to it?

Back on topic : Shame that the person who took those pics couldn't have access to some of the rooms leading off those extremely long corridors in order to get a better idea of what this bunker might have been used for?

Over here in France in the region where I live there are so many underground tunnel which were used during WWII that I would like to visit...

Quite a lot of these tunnels still contain walled up munitions and local saying goes that if one grenade goes off in one of those tunnels then 3 hills will dissapear in the region...

In the village where I live one of these tunnels still contains a tank and various munitions, guns and equipment, but was purposely dynamited by the local authorities to avoid access and accidents.

Rodinus
edit on 2/6/14 by Rodinus because: Crap spelling and proud

I would come back with rain boots or hip waders and explore the flooded hallways too. Also crawl through that hatch.

I wonder what this place was? that corridor with 5 or more bank vault doors you have to pass just to reach the other side must have been there for a reason.

Reminds me a little bit about that nazi building where the allies found all the underground floors were flooded and they sealed the stairways with concrete. Somewhere I read that they sent 2 divers down there and one of them came back babbling crazy talk and was never the same again and the other apparently had a heart attack down there or something because he died down there. I don't know if the part about the divers was true but it makes the mind wonder. They obviously sealed it shut for a reason. And the nazis obviously flooded it as the allies approached for a reason.

originally posted by: 3n19m470
a reply to: DogMeatAnd the nazis obviously flooded it as the allies approached for a reason.

Your hypothesis, the Nazi's flooded this underground complex "as the allies approached" is neither likely nor "obvious".

That the facility filled with water after power was cut off to the sump pumps is vastly more probable.

Just not as titillating.