posted on May, 29 2014 @ 06:39 PM
link
So hanging out at the old mans house and he is rummaging through his interesting stuff and he finds this coin that an old friend had given him.
Supposedly a coin form 480 B.C, he doesn't think it is real, which is fair assumption as it is just in a plastic case with a little paper with a message about it.
This is what it looks like 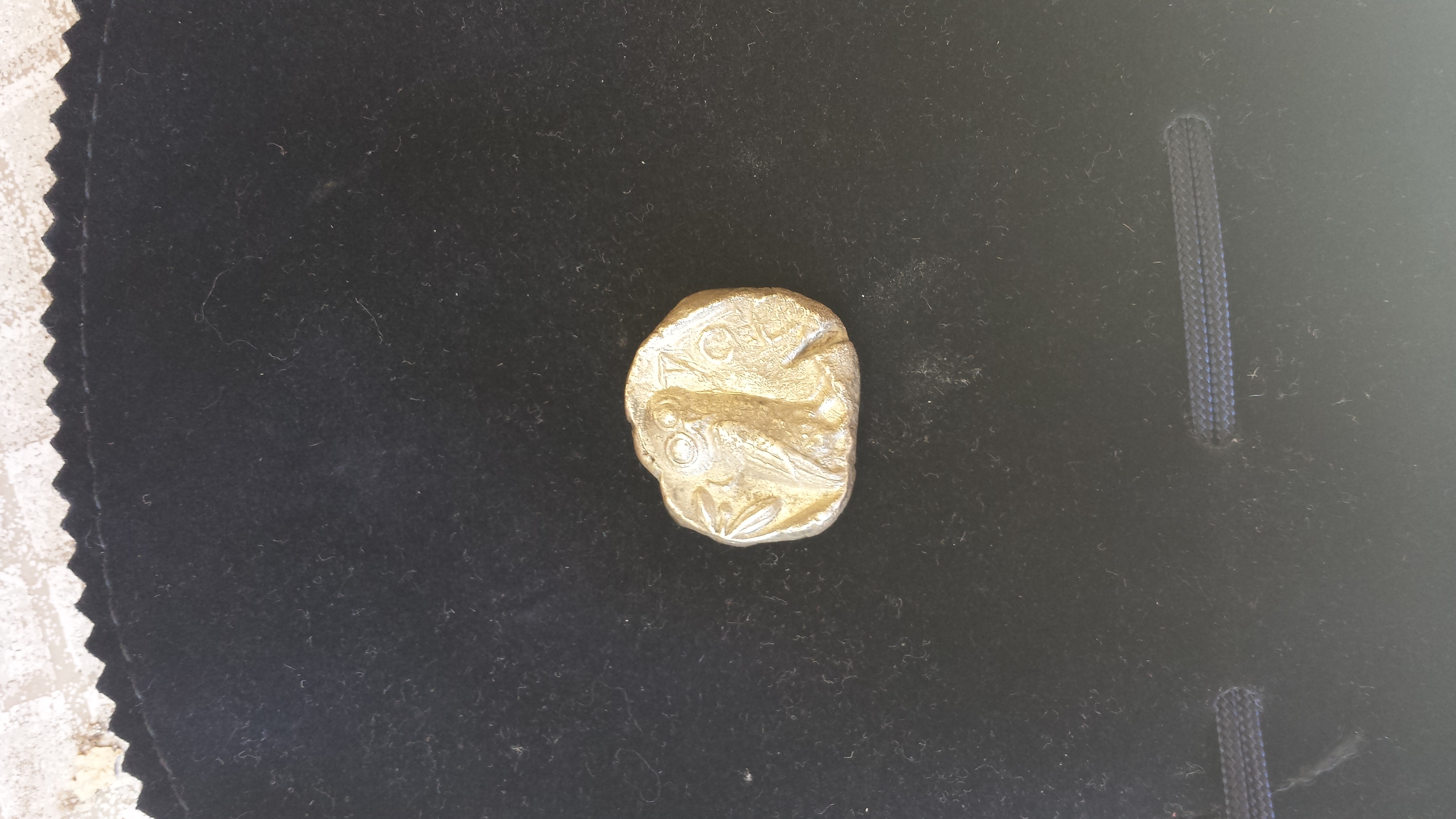 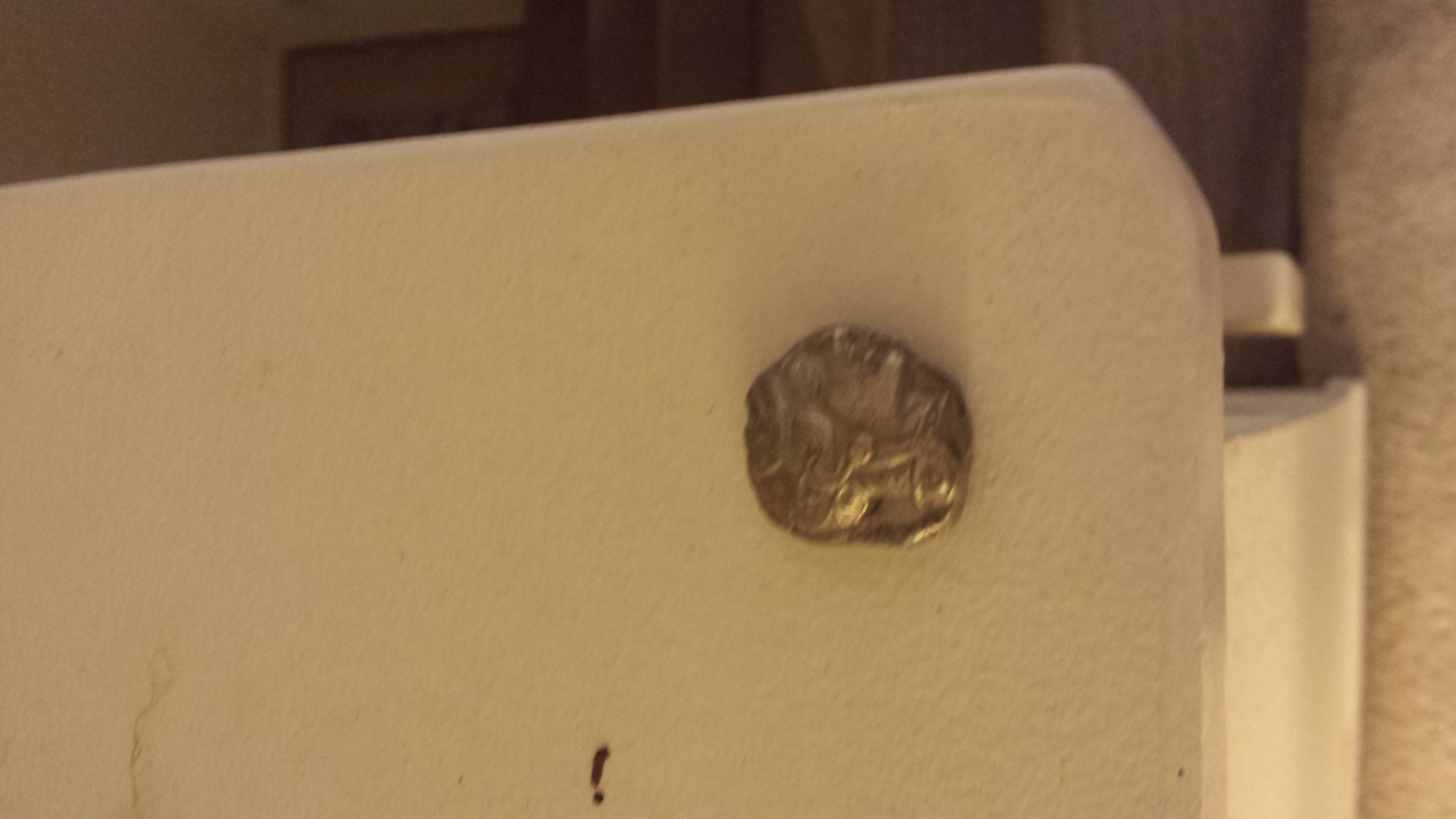 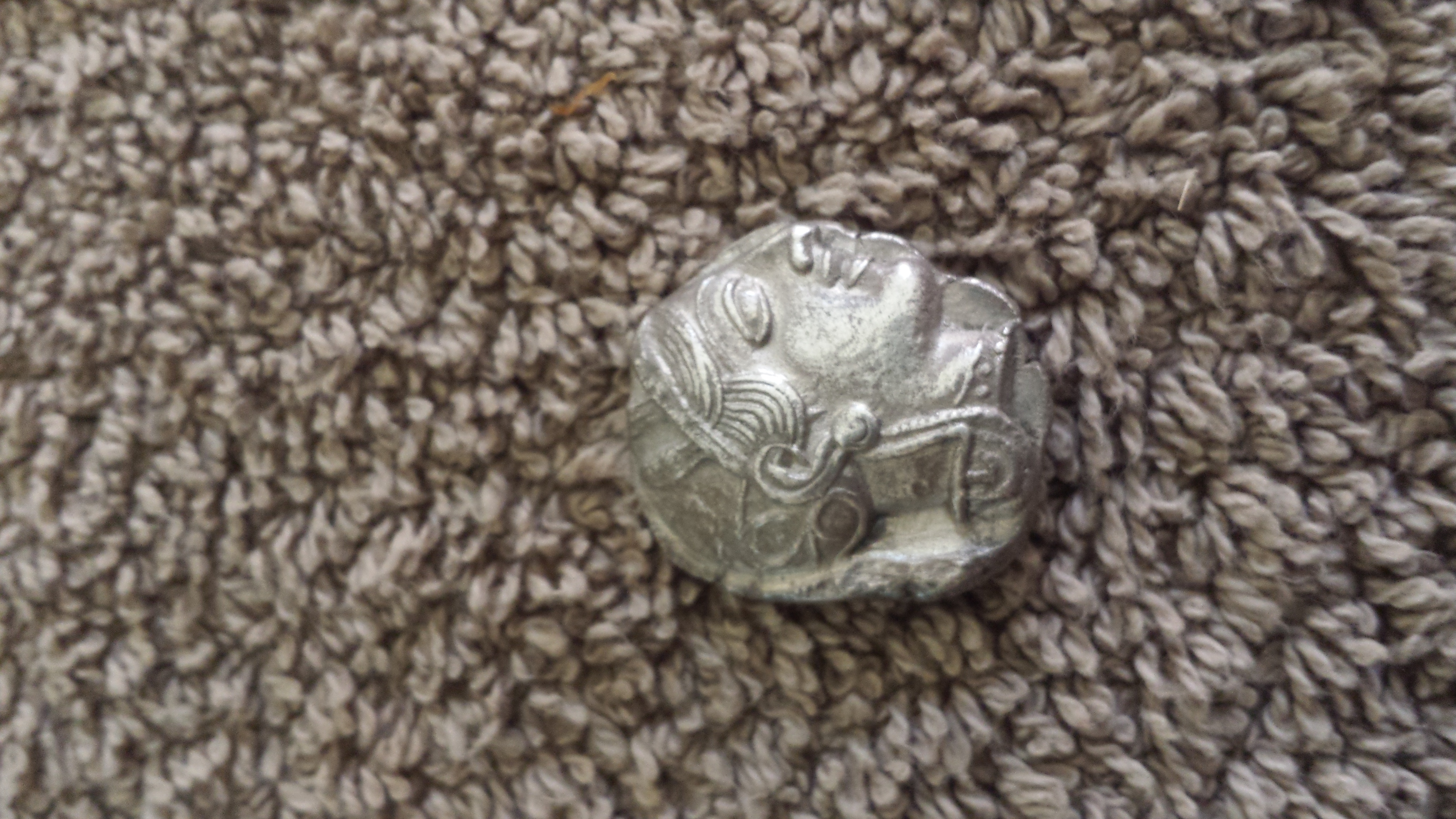 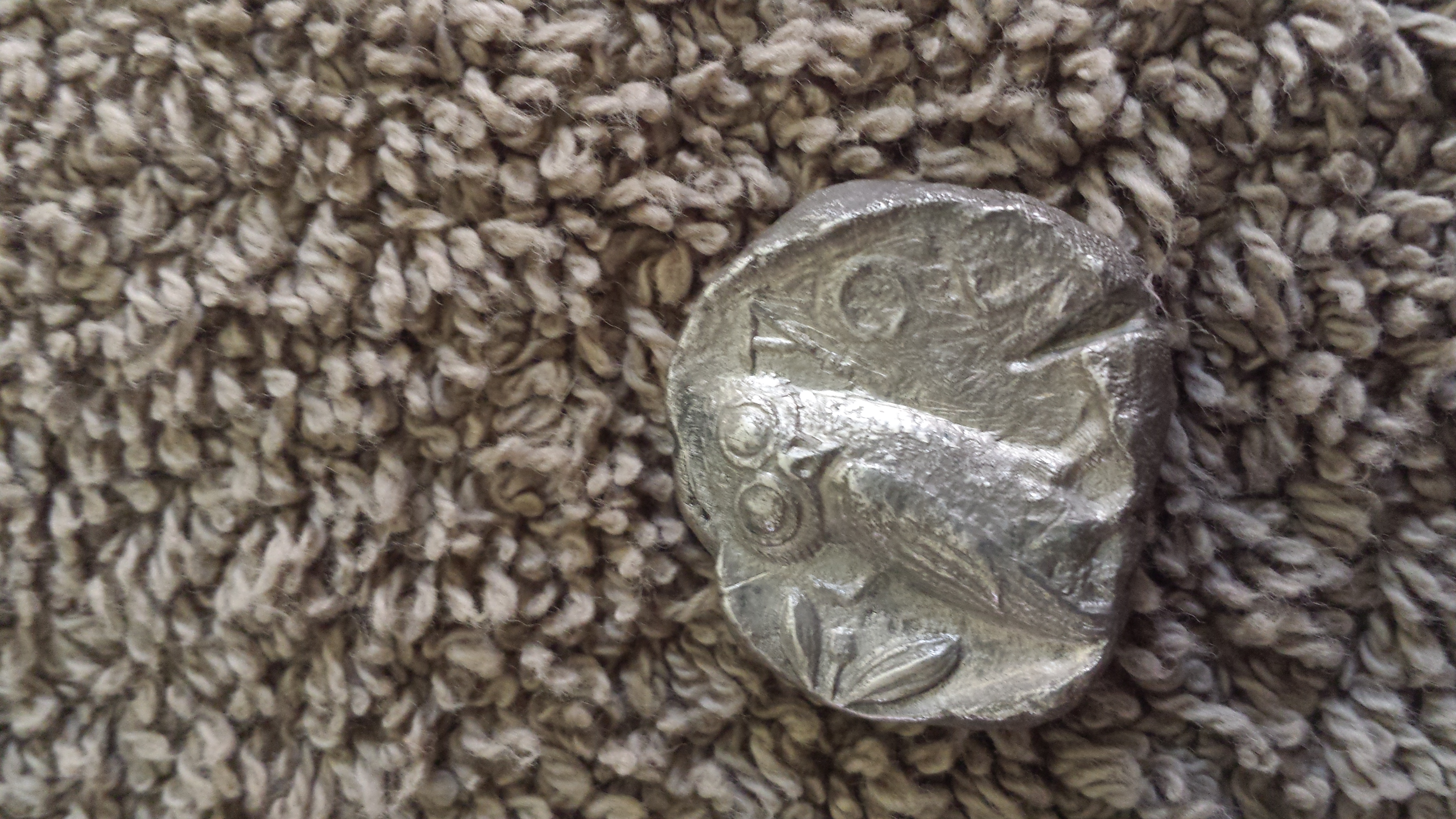 posted on May, 29 2014 @ 06:45 PM
link
Looks about like a coin from that era. The only way to find out if it is real is to bring it into someone who is a specialist at that. There are probably a lot of old coins floating around in people's attics and basements, many thrown out because they look like money from some kids game. I saw some in an attic one time in a box, didn't know what they were, I had to dump the stuff in a different box because the box bottom was bad. Most people do not know what old money looks like. Many gold coins are bronze color.

Loaded some better ones in case you are interested

Athenian Owls, thick, heavy, high-relief silver coins minted more than 2,000 years ago, were arguably the most influential of all coins, and the Classical Owl tetradrachm, pictured above, is the most widely recognized ancient coin among the general public today.


Here is a very in-depth web page about it.

Through the Ages: Athenian Owls

Got about a thousand bucks there

He says he is going to get it checked out in the next couple weeks.
Thanks everyone for the info, knew ATS wouldn't let me down

originally posted by: WanDash
a reply to: Sremmos80
~the only way to really know is - find a vending machine from that era, and see if it works.

Wonder if they would have coke or pepsi

en.wikipedia.org...
(scroll down to inventions)
edit on 30-5-2014 by sirhumperdink because: (no reason given)

originally posted by: sirhumperdink
vending machines didnt come around until the 1st century bc
besides that coins worth a hell of a lot more than a few ounces of holy water anyway

...en.wikipedia.org...
(scroll down to inventions)


Well - what good were they? I'm still waiting for evidence of 4th Century BC Credit/Debit cards...
So - do you think these "coins" came from a mint... Or - were they each produced by individual Craftsmen?
I'm sure I could research it...but, if it's already common knowledge among participants in these forums - why bother?

originally posted by: Sremmos80
...Wonder if they would have coke or pepsi


Did they have Roman Baths at the time?
Could have been the poor man/woman's "peep show" of the day.
Really, though - Athenian Owls?
Would these have been Greek coins?
Were they traded/recognized cross-culture...or just in Greece (and lands conquered by the Greeks)?
Interesting to think they were making 'coin' at such a point in history...

posted on May, 30 2014 @ 01:28 AM
link
they would have been minted and were apparently used internationally

i am hobo already posted this excellent link athenianowlcoins.reidgold.com...


i found this especially interesting
"Like other great powers, Athens treated its money not only as a way of facilitating commerce and trade and projecting its image abroad but also as a way of making money. Athens earned seigniorage profits on each Owl minted, whether the source was freshly mined silver or the silver coins of other cities. The traders and merchants of other cities, in turn, liked Owls because of their easy exchangeability."

Of course, great age does not always mean great value. Roman coins are, while not exactly ten a penny, certainly pretty cheap to buy. The thing about coins is that there were loads of them minted.

Example of prices (not related to the OP's coin, but an eye-opener for those who think a 2000 year old coin must be worth a lot)...

One of those looks like it may well be a very worn example of the OP's coin.

Yes, could be. I have to say the OP's coin looks suspiciously "new" and unworn, unless it has been in its little plastic case since 400BC!

originally posted by: Rob48
Yes, could be. I have to say the OP's coin looks suspiciously "new" and unworn, unless it has been in its little plastic case since 400BC!


Well that kind of quality can happen... I have some old coins from the 19th century that look far better than ones from ~1970, lol. Its all about what happened to them after they where minted and how long they where in circulation before being "stored".

originally posted by: Rob48
Roman coins are, while not exactly ten a penny, certainly pretty cheap to buy. The thing about coins is that there were loads of them minted.

Wait... so minting more money has a negative effect on the value of the money?

Overproduced or not, old coins are cool. There's something very awesome about holding an ancient item which was once highly valued (like Wheat Pennies).

posted on May, 30 2014 @ 08:08 PM
link
No this is just an old version of a CD for bronze/iron age computers. Notice the "AOL" inscription? If you can find a computer old enough to accept this into its disc drive you will receive 500 hours of free AOL service.

I used to grab handfuls of those free AOL cds when I was a kid and pretend they were futuristic razor sharp titanium throwing stars charged with a plasma coating. I didn't know what plasma was (still dont) but I assumed it would make the discs more lethal and could cut through anything like a hot knife through butter.

I don't think he has a wheat penny but he has a silver one, always thought that one was cool too.
He is amateur coin collector so he has a couple cool things