Also, while on the california tip. Back in March or so, a buddy and me were coming back to LA from a fishing trip up near bishop. We were fishing trout up in the sierras by there. Sunday came and we were heading back to LA stuck in this horrible lightening storm and down pour. Right as we were about to head into lonepine a huge bolt of lightening took out some massive transformer near the side of the highway generating a massive fire even in a heavy rain storm. Police were rushing everywhere. Power was out for a large portion of the highway and all the towns along side them and their communities. For about 100 or so miles. It was pitch black minus the lightening and the low clouds reflecting the flashes. But strangley about a few miles north east of China Lake Right before you can actually start to see the lights of the base which were light up like a christmas tee that night, pretty actually, very bright and massive. They apparently had plenty of power. them and the in n out burger further down the road. Whoot!

But I digress, so we are driving down the highway a few miles north of china lake and were both pretty quiet and tuckered out from it being late (9:30ishpm) having escaped the worst of the storm, could still see lightening flashes on the horizon behind us. I'm staring out the passenger window sorta just gazing off to the north looking at the mountain ridges and how the flashes sillouetted(sp) them . And I see a bright faded yellowish white orb come from the north a few thousand feet (maybe 9,000) above the mountain ridges and heading toward china lake's direction. The light was bigger than a normal airplane light, About the size of a landing light maybe. But fuzzier. Could have been the moisture in the air. Felt like it was attached to some sort of aircraft. But heres the strange part. The light had a real slow pulse to it. It seemed like as it went in and out of intestity through the slow pulse maybe 2 seconds a cycle it was traveling in a shallow saw toothed wave sort of movement or line. Imagine a shallow upside down series of backward checkmarks (long shallow side going up in the direction of travel with a sharp drop and so on) and that would be the movement. Wasn't traveling fast maybe 200-300 mph from what I could tell and again not high up. Had the feeling it was a smaller aircraft than a larger one.

I thought that maybe the light bouncing like that was due to the car driving down the highway. But it still did the same thing when it was traveling past the windshield too. It went from a straight line from the passenger side window's view of the mountain ridges past the car over the highway and onward into china lakes direction. It seemed to streak on the upward swing and the sudden drop at a slightly slower speed. Seemed to flicker in and out during the streaking part. Took about 20 pulses at two second intervals (the upside down backward checkmark.) to go from one side of my field of view to the other. A few minutes later we see China Lake come into view. And that when I got the idea. Hey if china lakes got power I bet In N Out burger does too! Let's eat!

Always thought that was a strange sighting, but pretty uneventful aside from the odd movement and location. Maybe some sorta drone being tested out by CL?

Anybody know whats up wit dat? Also, the fishing trip was a success minus a few small black bears wandering around far enough away from where we were fishing and not being threatening but interesting enough in their own.

is there any assumption this aircraft won't be designated B-3?

I don't see why it wouldn't.

If there is currently a fly off happening in the desert of a "yb"-3 & 4 I guess I'm wondering if there's a chance a number jump. Or am I mistaken and this project hasn't gone that route.

I don't think either aircraft has an official designation yet. They may when the official portion starts though so its possible. I suspect whoever wins will get designated after the award.

posted on Oct, 17 2014 @ 05:54 PM
link
I suspect they might get individual designators now that there is an actual RFP since there are airframes built and flying. In the old days, there were four or five designs competing to be awarded the designation B-1 or B-2 or F-15 (for example), but once metal gets cut everything usually gets it's own designation (there are rumours of a flyoff in the ATB comp, but I'm not sure we can take that as fact or a precedence -- perhaps Lockheed's ATB was B-3?).

Then again they might skip to B-6 for no reason other than to let everyone wonder what miracle projects the missing designations went to.

You know that's interesting. If Senior Peg did produce a flying Lockheed design I wonder if that number [conceivably B-3] is then unavailable as you said Del. But this whole numbering system can be so very cryptic.

Not at all. They throw darts at a list of numbers, put those numbers into a lottery ball machine, then take THOSE and play Bingo, then pick a random number that had nothing to do with any of them.

B-3 does have a real nice ring to it.

Yeah I'd like to see a B-3 flying around. 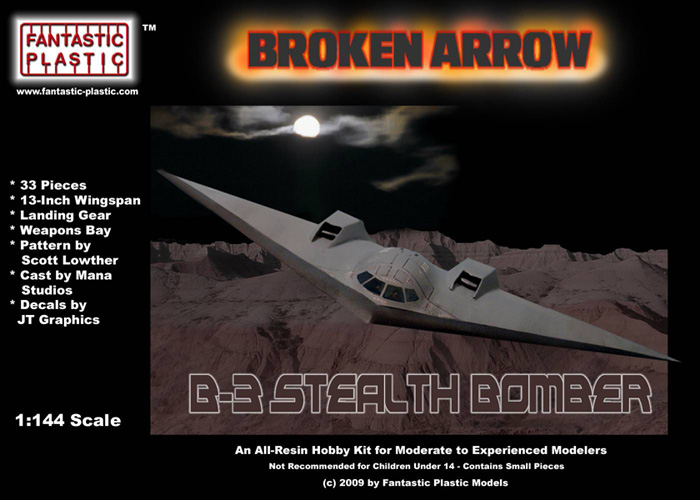