posted on May, 29 2014 @ 06:02 AM
link
I watched the Ass Burgers episode of South Park. For me, someone who might have Asperger's, is a fan of The Matrix, and very much into conspiracies and the esoteric, that episode is pure gold. Stan has Ass Burgers (Asperger's) and meets "the secret society of cynics". They give him a drink of what is labelled as Jameson. He then begins to enjoy Adam Sandler which he didn't do when not under the influence of that drink.

I haven't watched much Adam Sandler but I see how that comedy might be seen as banal. But I found this ironic. Because I watched The Longest Yard some time ago. There is the surface level that most people see, which is a banal kind of humor. But it appears to me that the scriptwriters have skillfully and subtly woven into the movie a deep allegorical meaning. I have searched online but haven't found anyone talking about this. I might watch it again and try to decipher the deep level of it.

So my question is do you see a deep allegorical meaning in The Longest Yard? (and possibly other Adam Sandler movies, I don't know because I haven't watched any in a long time) Or am I over-analyzing? Seeing things that aren't there?

I'm still not sure if this is a joke or not?

I'm still not sure if this is a joke or not?


So my question is do you see a deep allegorical meaning in The Longest Yard? (and possibly other Adam Sandler movies, I don't know because I haven't watched any in a long time) Or am I over-analyzing? Seeing things that aren't there?

How about you link us what you believe proves your theory? Or better yet, clarify your theory. Sounds like a load of crap though.
edit on 29-5-2014 by Antipathy17 because: (no reason given)

Adam? Is that you Adam? Tell the truth , Mr Sandler.


So my question is do you see a deep allegorical meaning in The Longest Yard? (and possibly other Adam Sandler movies, I don't know because I haven't watched any in a long time) Or am I over-analyzing? Seeing things that aren't there?

How about you link us what you believe proves your theory? Or better yet, clarify your theory. Sounds like a load of crap though.

Ok, I'll do it now then. If someone comes in later that has seen hidden meanings like this they can just say so.

First is Adam in his bed alone, drinking beer. A woman comes in and says "You have got to be kidding me. There's a huge party going on downstairs." This could be allegorical of a person "lost" in introversion and lofty thoughts about great conspiracies, spirituality etc. The woman is the temptation to fall back into the less lofty ways of integrating with the material and extrovert aspect of reality. Which of course from the perspective of the extroverts who haven't been unplugged is the only sound thing to do. And when they say it it sounds very rational, which is part of why it's so hard to distance yourself from. One of the hardest things to distance yourself from is the sexual desire, here represented by a busty woman. The football is the opposite of what it appears to be, i.e. it's getting deep into religion/philosophy/mysticism etc. Well, it doesn't look opposite from the frame of reference of those the woman represents, but it is. By that I mean that the way we view football, as a dumb distraction from reality to dull your senses, that's how those who are into extrovert activities of "making something of yourself" such as socializing, building a career etc. view sitting at home and getting all sucked up by paranoia etc.

"Do not get one scratch on my car." Could mean that when you do decide to play the game, you have to play it by the rules. The deeper you insert yourself into the game, the more limited by the rules you become, and thus more limited in general. The opposite of liberation.

"I hope they like this" he says as the police cars are crashing. That is that when you play the game, insert yourself into the matrix, you have to do it at the expense of morality and spiritual progression. You have to say fuk you to what's right to get the thrills.

"I didn't spill my beer." Again an item is something opposite of what it appears to be. Just like before in bed when he was drinking beer it represents connection to spirituality. So here he's saying that despite sinning and walking the wrong path, he still has a sense of spirituality and morality inside him.


it's getting deep into religion/philosophy/mysticism

Really? i thought you just said he was getting deep into alcoholism

First is Adam in his bed alone, drinking beer.

I guess each one sees what it wants to see

I just checked out the thread you linked to in your signature. I would have expected more from you. As for using items that are pretty much the opposite of what they represent allegorically, that's a technique they use in for example The Matrix. Probably to make it harder to see the allegory, to distract someone who might see a pattern.


I would have expected more from you.

There is your mistake, you should expect anything from anyone.

Oh and the real reason why the false prove to Fermat problems are in the Simpsons is because through the years the writer staff had several mathematicians in it .

posted on May, 29 2014 @ 08:29 AM
link
It's interesting how this kind of media seems to serve two purposes simultaneously. It is the kind of entertainment that Bill Hicks talked about that makes humanity more conformist, lowers their standards, their morals, their desires, their aspirations etc. But there is another aspect of it. It is something I see throughout the conspiracy and the mind control. Evil is enlightenment. The conspiracy and the mind control are simultaneously what pushes you down, and the ladder to climb up on. You have for example the Disney movies that give all the girls the princess syndrome, resulting in a lot of frustrated young men among other things. You have feminism that weakens the family as a societal phenomenon. It leads to many lonely people. Depression. But that leads to introversion, spiritual seeking and spiritual work. When you meditate on the fears inside you, the mind prison, you become enlightened about what it was inside yourself that was blocking you. The external only served to guide you to enlighten an aspect of yourself. It's interesting though when there are deliberately two direct functions of a piece of media like here, and not one more direct and one more indirect. I think that is common though. They spread out hints all over the place so that when we're at the bottom we can follow the trail to move upwards. Why is there the pyramid and eye all over the place? 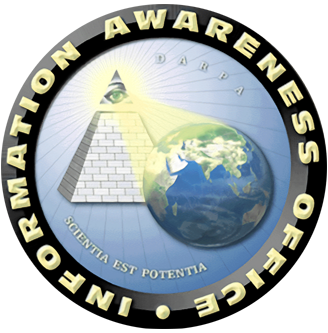 Maybe we are in hell and the guards both punish us, which is really enlighten us, and show us the way out at the same time?

posted on May, 29 2014 @ 01:48 PM
link
Another possibility is that the reason for the subtle hidden meanings isn't to filter those who see it from those who don't, but that it's because the surface layer is used as a vehicle to make possible as wide a distribution as possible of the message. A movie specifically made to be about that which is in the hidden layer would have a much smaller distribution. The fact that it appeals to as many people as possible, possibly, is then a political, economical or spiritual tool. It also gives a bigger revenue which can be used for any purpose. It might be for good purposes. And this could be simultaneously true with the theory I posted above; because the greed and other things that drive the things that Bill Hicks talked about do enlighten humanity ultimately I believe as I said.

And I have to say Longest yard was the #1 worst movie he did, didn't like it at all.

Nice. But what about hidden meanings? Do you think there are such?

The only hidden agenda in Madison Films I see.. Wait for it....

posted on May, 29 2014 @ 11:16 PM
link
Congratulations! A bizarre OP about the potential depth of Adam Sandler movies has elicited a response involving Bill Hicks. This is sort of like matter meeting anti-matter.
Kudos, sir. This is one of the most meta/bizarre threads I've seen on this site in years.
Guerilla ontology at its best or sincerely bizarre? Either way, kudos!