Universe may NOT be expanding, study suggests.


o in an expanding Universe the most distant galaxies should have hundreds of times dimmer surface brightness than similar nearby galaxies, making them actually undetectable with present-day telescopes.

But that is not what observations show, as demonstrated by this new study published in the International Journal of Modern Physics D.

So the most distant galaxies have a similar luminosity as galaxies that are closer to us. However, that is in direct contradiction to what the expanding universe theory suggests should be the case.

I thought this was the most startling bit of the article


“It is amazing that the predictions of this simple formula are as good as the predictions of the expanding Universe theory, which include complex corrections for hypothetical dark matter and dark energy,” said study co-author Dr Renato Falomo of the Osservatorio Astronomico di Padova, Italy.

This is pretty telling. Normally the correct answers are the most simple. And if you take into account the corrections they say they use to account for dark matter and dark energy that whole formula may just be a convoluted explanation for what is actually happening. Though, they did say in the end they aren't ready to speculate on what actually causes the red shift in light from galaxies that appear to be moving away.

You can check out the rest of the article here:

posted on May, 27 2014 @ 10:01 AM
link
I don't know about expanding universe, but expanding earth sure seems compelling. If you look at any map, you can see where continents would fit together. If the earth isn't expanding, then a cataclysmic event broke land masses apart and forced them into new locations....


If the earth isn't expanding, then a cataclysmic event broke land masses apart and forced them into new locations

originally posted by: lemmin
a reply to: nugget1


If the earth isn't expanding, then a cataclysmic event broke land masses apart and forced them into new locations


That and impactors . Whats the size limitations on those? The earth has been accreting material for billions of years. Still is.

Not sure I believe his research.


He wrote the 1991 book The Big Bang Never Happened, which advocates Hannes Alfvén's Plasma Cosmology instead of the Big Bang theory.

It seems to me he's just trying to support his own beliefs , Seems like another electric universe theorist to me.

Lerner received a BA in physics from Columbia University and started as a graduate student in physics at the University of Maryland, but left after a year due to his dissatisfaction with the mathematical rather than experimental approach there.He then pursued a career in popular science writing.
en.wikipedia.org...

posted on May, 27 2014 @ 10:31 AM
link
No shortage of theories out there .Some times it takes time to debunk them because they have invalid claims from previous studies . Take the black holes and big bang theory . Most of us cant do the math required to see some of the misdirection's that create a sense of circular reasoning in the theory ...

originally posted by: nugget1
I don't know about expanding universe, but expanding earth sure seems compelling. If you look at any map, you can see where continents would fit together. If the earth isn't expanding, then a cataclysmic event broke land masses apart and forced them into new locations....

If you think of 3D as a space built up by 3 dimensional curved axis then space is not infinite since it is curved on 3 dimension on 360 degrees where any point in space can be measured as x degree y degree z degree and if you want the center of big bang as x=0 y=0 z=0.

Therefore if the Universe is not expanding, the redshift of light with increasing distance must be caused by some other phenomena – something that happens to the light itself as it travels through space. 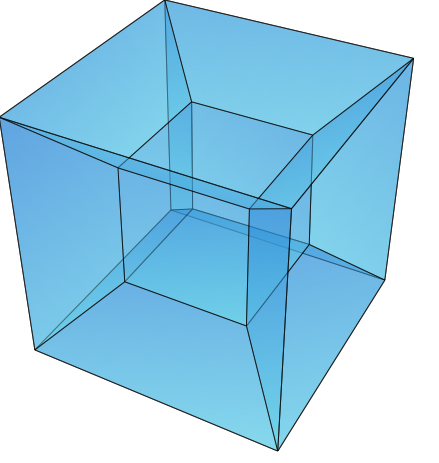 Marvelous boundary the third dimension presents to our 3d minds.

Lets see… "How to be everywhere at once?"

posted on May, 27 2014 @ 10:58 AM
link
In truth I suspect the conventional model, and electric universe will coalesce at some future date into a more comprehensive picture of cosmology.....
Perhaps we did take a wrong turn with Einstein , but we got the bomb didn't we?
The electric theory does make its own set of predictions that so far are bourne out in observation.....
Gotta be some reality based thinking in it somewhere.....
edit on 27-5-2014 by stirling because: (no reason given)

posted on May, 27 2014 @ 11:01 AM
link
So this seems to support the idea that the universe is then somewhat static (not expanding yet still "moving") which in turn could support the theory of multiple universes. The only reason we can't "see" past 13.5 or 14 billions years is that's all our current technology allows us to see? Or, the universe(s) maybe start "bending" at this point like in a horizon. Interesting find none the less.

posted on May, 27 2014 @ 11:03 AM
link
If the Universe isn't expanding, then it is basically at a resting state? This would mean that other universes could be just as stable, and right next to ours. I have heard that some extremely ancient beings (Ptaal) came into our universe from another after completing there own. They said that its all a game. Is this all just a gigantic game with God watching it all unfold?

I think the truth is going to end up being some kind of combination of all of the above, we just haven't gotten there yet.

... and it's probably going to shock the crap out of us when we find out how simplistic it actually all is.

The universe is expanding, the universe is not expanding. Eggs are good for you, eggs are bad for you. Alcohol causes cancer, alcohol prevents cancer. Science is all about which study or scientist you choose to trust.
A team of doctors can't even figure out if my brother has gout or lime disease.

I say trust in God, not in Man.

Nice topic and thank you. Star for you.

posted on May, 27 2014 @ 11:22 AM
link
An accurate representation of the universe and its evolution is illustrated when a single raindrop hits the surface of a still pool of water. The question is how do we determine where in that process we are today.

posted on May, 27 2014 @ 11:38 AM
link
Scientists and the humans in general "know" nothing about the creation of the universe. It's all just theory and conjecture.

I have doubts about this one though.

They don't even try to explain what causes the red-shift we see as most galaxies move away from us.

“We are not speculating now as to what could cause the redshift of light,” Mr Lerner said.

Light changing as it moves through space and red-shifting is unexplained.

They also have kind of a disclaimer at the end of the journal abstract:

We do not claim that the consistency of the adopted model with SB (Surface Brightness) data is sufficient by itself to confirm what would be a radical transformation in our understanding of the cosmos. However, we believe this result is more than sufficient reason to examine this combination of hypotheses further.

The also only measured ultra-violet (UV) light. What about visible light? Could the early galaxies have been emitting more UV light? I need more proof.


Sort of. Depends on how fast the object generating the light is moving.