Dr Mahathir Mohamad wrote in his personal blog today that — with the help of the Boeing’s advanced technology — the CIA or “certain parties” could have hijacked the aircraft remotely.

“It is a waste of time and money to look for debris or oil slick or to listen for “pings” from the black box,” Dr Mahathir said. “This is most likely not an ordinary crash after fuel was exhausted. The plane is somewhere, maybe without MAS markings.

“Someone is hiding something. It is not fair that MAS and Malaysia should take the blame.”

Dr Mahathir, who was Malaysian prime minister from 1981 to 2003, cites a 2006 article on flightglobal.com as the basis for his argument, which states that the CIA could activate an autopilot installed in order to prevent terrorists from taking control of the flight deck by force.

edit on 26-5-2014 by freee because: incorrect URL entered, link unsuccessful

posted on May, 26 2014 @ 02:38 AM
link
This is one of the many possibilities that have been talked about here before. I wouldn't be surprised if it were the case, but: 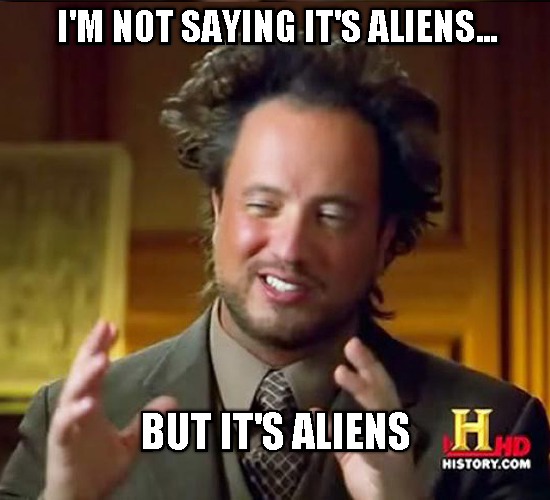 According to the patent, which appears to be issued to Boeing's Phantom Works research organisation, the airframer is proposing a system whereby an on-board processor, once activated, disallows pilot inputs and prevents anyone on board from interrupting an emergency landing plan that can be predefined or radioed to the aircraft by airline or government controllers and carried out by the aircraft's guidance and control system. The system has its own power supply.

In an anti-hijacking system for autopilot equipped aircraft, a transceiver communicates with at least one remote guidance facility. A panic button is activated by flight crew in case of hijacking. A manager is coupled to the transceiver and the panic button, as well as existing avionics including the aircraft's master computer and autopilot. Optionally, a relay is coupled between the pilot controls and selected aircraft flight systems. The manager recognizes predetermined override inputs, such as activation of the panic button or receipt of override signals from the remote guidance facility. Responsive to the override input, the manager deactivates on-board control of selected aircraft flight systems and the autopilot system, and directs the autopilot to fly the aircraft to a safe landing. Flight routing and landing instructions are obtained from the remote guidance facility, or by self-evaluating nearby airports in view of the aircraft's position and various preestablished criteria.


however the CIA stealing a plane is so much more plausible.....a reply to: andr3w68

posted on May, 26 2014 @ 04:00 AM
link
OK, and then what? I doubt the CIA took the plane, or hijacked it remotely. The only reason I could see this happening is if it was a threat to our US national security, in which it wasn't. Was that autopilot set to sly the plane around until it ran out of fuel over the ocean (between Australia and Antarctica)? Could be, but if it was CIA, they had a reason for it, to prevent another 9/11. I again seriously doubt this is the case. Seems like MAS and Malaysia are pointing fingers at the US, and I think that one of our potential enemies has something to do with all of this. Remember, US is northern hemisphere, and China, and a handful of other countries, control the southern hemisphere.

posted on May, 26 2014 @ 04:11 AM
link
a reply to: freee
It could have travelled through a dimensional rift caused by the 4.0+ earhtquake in the ceram sea near kuala lampur. They happened within minutes of each other and the Ceram Sea seems close enough by plane.

It was an interrupted false flag attack with iranian hijackers. Boeing, Rolls Royce, CIA and many others aware of it...

What would have been the target?

Dr Mahathir Mohamad, is a racist and supremely delusional old guy carved from much the same timber as Mr Robert Mugabe.

Credibility of his opinion IMHO is zero or less.

he managed to make all his people millionaires.. lol

originally posted by: SixX18
OK, and then what? I doubt the CIA took the plane, or hijacked it remotely. The only reason I could see this happening is if it was a threat to our US national security, in which it wasn't.

I can see your doubt, I would doubt it too, except that the CIA is capable of anything for their own reasons. As for US national security reasons, we know nothing there. (unless you do, of course) So it's an open question.
edit on 26-5-2014 by smurfy because: Text.

It didn't take them long to find the upturned hull of the British boat that went missing in the Atlantic but a passenger jet that crashed into the Indian ocean, no debris, nothing.....Rubbish!!

I'm no aviation expert but I would imagine even going as slowly as it could the plane would still hit the water at something probably between 150-200 mph, I would say even at that speed there's going to be some debris when it hit the water at least, If it was going much faster it would probably smash up a lot more. There would be something at least.

I'm still completely baffled that with todays technology these jets don't have some kind or tracking system that can't be disabled on the plane and can still be tracked below radar.

I'm still completely baffled that with todays technology these jets don't have some kind or tracking system that can't be disabled on the plane and can still be tracked below radar.

I can't understand why ANY commercial plane can't have a tracker that can't be turned off. This would put an end to such things as missing planes.
As to what happened to MH370? I have no idea. Landed in an airfield somewhere maybe? In a dense forest? In the ocean?

Surely some sort of debris would have shown up by now. Wouldn't it?

Surely they could get a plane quite easily if they wanted one, for a false flag and stick the MA decals on

I kinda swing for the kidnapp of those engineers theory if anything...,or aliens

Another theory to explore.

The Conspiracy that just keeps on giving.

originally posted by: Thefarmer
What I don't get it why go through all that trouble?

Surely they could get a plane quite easily if they wanted one, for a false flag and stick the MA decals on

(1)That begs the questions, have they done it before?

posted on May, 26 2014 @ 08:32 PM
link
He blamed CIA; Boeing; and Ribbeck Law Firm, Lakeshore Dr., Chicago, IL. Ribbeck Law was just slapped down by a judge in Cook Co. for filing suits pre-client representation to be the first on board with the law suits. no pun intended. I mean they file go gets clients later. International ambulance chasers here folks.

As far as Boeing, he claims they can remotely take control of all their planes and did so in the case. (9/11?)

As for the CIA, maybe this was preemptive because at 82,I am sure he is about to have a heart attack.
edit on 26-5-2014 by sirjunlegun because: Boeing CIA comments

Trust me, you don't want to know.

That said, any theory will do for now.... At least as long as it remains an unsolved mystery.

Don't go too deep in the rabbit hole for this one, wait for the "official" story... Maybe even a movie.

It's obvious, I think, at this point….
Tetra