Why is everyone sooooo angry all the time? (This is not a rant.)

I just stopped by for a minute to read the latest conspiracy news.

Some of it is informative, some of it is scary, most of it seems angry. Why is it most topics or replies seem negative?

I'm guilty of making some angry posts but lately it seems there is a lot of anger in the air.

It's spring and summer is almost here so why are so many people in such a pissy mood?

It's more of a low blood sugar kind of deal

Besides as an typical American I know everyone no matter what language they speak
will understand what I'm saying
....If...I...Speak....Slow...And...Loud...Enough!

Have a great weekend yourself... Here in Colorado we're expecting 2 inch's of rain here at my place supposed to rain all weekend too. Guess I'll have to do indoors stuff with my daughters? 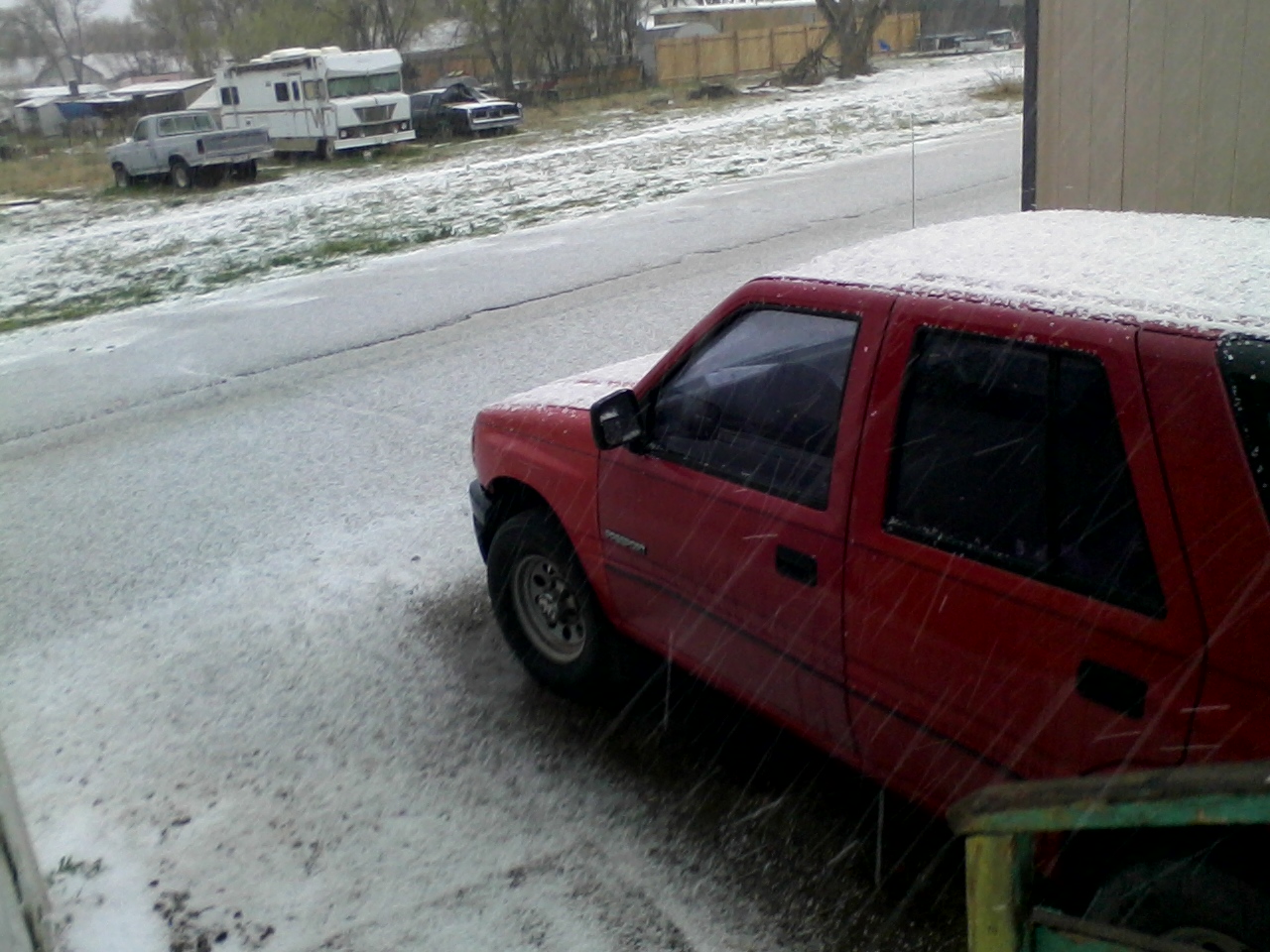 I would have to blame lack of sleep!

You folks in CO have had it rough for the past couple weeks. (as far as weather goes.) Be safe try to enjoy your weekend.


That being said ... as for anger .... lots of stuff to be angry about.
But I think people here are just talking and having conversations.
Sometimes it's hard to get what emotion is on the other end of
a keyboard. I don't see a lot of anger. Just people talking ...

originally posted by: FlyersFan
a reply to: HardCorps
We had tornados here yesterday. I watched one go by the house. Lots of hail.


That being said ... as for anger .... lots of stuff to be angry about.
But I think people here are just talking and having conversations.
Sometimes it's hard to get what emotion is on the other end of
a keyboard. I don't see a lot of anger. Just people talking ...

I only looked at four or five threads but a few of the comments seemed a little mean.

It could be interpretation.

You have to be nice and happy and kind all day at work and the anonymous faceless internet is a easy way to get out all the pent up aggression you've had to hide all day.

Thats what i think anyway.

Honestly... I get a little disappointed when I post a thread and everyone agrees with me.

Even my wife has been known to put her hand on my shoulder and say,
"Why so glum...No one to play with you?"

Good point. I've worked in customer service where I spent my day with a phony smile and 'positive upbeat attitude'.

posted on May, 23 2014 @ 01:42 PM
link
It seems there is a lot of really thick darwin types here lately. And even more who take things too serious and personal.

Honestly... I get a little disappointed when I post a thread and everyone agrees with me.

Even my wife has been known to put her hand on my shoulder and say,
"Why so glum...No one to play with you?"

posted on May, 23 2014 @ 01:43 PM
link
It's the global zeitgeist. The elites are now putting weight on the boot they've had on everyone's necks and people are waking up. And they are not happy.

I've been talking to someone in Spain recently about politics, and it is no better there. There is discontent everywhere.

originally posted by: HardCorps
Honestly... I get a little disappointed when I post a thread and everyone agrees with me.


Kinda ruins the fun, right? I hear ya'.
When the boards are dull, I'll try to find really intense topics to post.
Gotta' wake folks up and get things pumping.
Otherwise, it's just an echo chamber. And who wants that?

Sometimes I feel a bit perturbed because I feel like some people deliberately TRY to misunderstand what I have said very clearly, or in some cases twist my words...makes me very grouchy!

Sometimes i feel a bit perturbed because i feel like some people deliberately TRY to misunderstand what i have said very clearly, or in some cases twist my words...makes me very grouchy!

I sympathize. It becomes frustrating!

I am always angry because I feel like I am surrounded by retarded attention seeking school children.
(somebody farted...must be the NWO)
The sad thing is....school children seem to have a lot more intellect and honesty than a lot of the garbage I read on these boards.

Does nobody have integrity for what they post anymore??
Illuminati symbolism in the gasses of my farts RED ALERT RED ALERT RED ALERT....too much mental illness here on these boards is my opinion.
I barely post anymore because of it....why bother feeding attention seeking people hellbent on getting my attention while still acting like morons?
There are very many times I can predict who made the thread before I even click on it....why bother??

I'll stick to the survival forum.

Our Canadian holiday was last weekend and I got to spend it in the woods.

You have yourself a great weekend as well....pull out the barbecue.

Well, here in the UK, we just had an Election Day, which crammed in elections for local councils, and for our Members of European Parliament.

This is always an aggravating time for people who actually pay attention to political matters, to the way those matters effect peoples lives, and the way that they effect the wider world as well. Now, by that I do not wish to sound Eurocentric, but it has to be said that the way European Parliament operates and the choices it makes, allegedly on behalf of the nations, and the people it represents (in the same way that chart music is allegedly entertainment), have effects which extend beyond the area over which the EU parliament has dominion.

Now, this particular election cycle has been particularly exciting to those of us with an over large curmudgeon centre in our brains, because of the sheer insanity of approximately half of the parties we could have voted for, and the fact that the other half are pretty much the same utter morons who have been destroying our faith in the democratic process for the last three decades at least.

On a more personal note, I am angry because of theft and vandalism in my street, of things that were installed to make the place look and feel like a nicer place to live and work, things that my mother and I worked hard to maintain, and that local people donated a fair bit of spare change to over a protracted period to pay for.

That covers roughly 0.00001% of the things that are making me angry at this time, the rest of which is a list so long that to post it on this website would terminally effect the sites basic function, such would be the bandwidth consumption that it would represent, or is locked within my subconscious, safely out of reach, being saved up for a rainy day when something desperately needs its spine rearranging.

But no one can be angry all the time, even me, and I have had an AWFUL lot of practice. I think it is important to make the distinction between anger, which is a very solid description which I usually apply in the same way that people often use the word furious, or the phrase, incandescent with rage. Many things merely irritate me, some things perturb me, others simply make me sigh with frustration.

However, many things make me smile, the existence of a place to have in depth discussion about the issues of the day for one. The existence of my family, and my friends, both here on ATS, and in the physical realm beyond the screen. These things are a constant source of joy to me, and are responsible for saving the world from my diabolical, volcanic temper, every day, for which I am eternally grateful.

I will admit, sometimes it is hard for me to hold back my anger. Since the '08Crash, we had to bail them out, two wars, we have to pay for it finally. How are we going to provide for hundreds of thousands of veterans?

I know my kids will never own property now and will pay taxes for the rich. And now they are being eliminated from affordable rents.

Something bad is going to happen with all this inequality. I feel it and I am pretty sure most feel it in the back of their minds all the time.

posted on May, 23 2014 @ 05:19 PM
link
1. Loss of Liberty - many forms, some may be listed here.
2. Skyrocketing Inflation
3. Wage Discrepancy
4. Financial ruin for the average citizen
5. Employment Opportunities
6. Educational requirements/College Cost and unlikely it will do any good.
7. Smoking bans and everything involving the War on Tobacco
8. Corporate Control including Over-Powered Banks
9. Excessive taxation
10. Increasing restraints on Pubic Demonstration
11. Police bullying and killing citizens
12. Increasing felony charges/other "crimes"
13. Prisons for Profit
14. Healthcare Cost
15. Tighter and more frequent restrictions in all areas of life
16. Terrible Public Education
17. Rate of immigration/benefits for immigrants not given to citizens
18. Religious Control and continued idiocy regarding religion
19. Propaganda and Lies
20. Media bias and control of the public
21. Property Taxes
22. 2 Party government which is actually just 1 party
23. Corporations Trying to Control the Internet
24. Drunk Driving and Drug Laws
25. NSA, FDA, ATF, EPA, CDC, etc...
26. Aspects of feminism (unfair treatment towards men)
27. Racism
28. Disinformation(internet mostly)
29. Greed
30. Injustice
31. Social Classes/ Inequality
32. Bullying (not just the kind against kids)
33. Political and Corporate war mongering for oil/etc.
34. Elitism/snobbery
35. Physical abuse and related crimes
36. Animal abuse/mistreatment
37. Pharmaceutical over-dosing of the country - any given to children such as Ritalin
38. Nanny States
39. Phil Collins
40. Global horrors - too many to name
41. The Possibilities of NWO
42. How Nobody Does Anything to Stop This and most of it goes Completely Ignored/shrugged off


All of these are not in any particular order and I wrote down as I thought of them. They all bring me a daily dose of mixed anger and deep depression. There are more that I simply haven't thought of at the moment. It was nice and helpful to make a list though.


32. Bullying (not just the kind against kids)

This is why I shake my head.....bullying and a nanny state is the same thing.
I am too weak to stick up for myself so the government should do it for me instead of teaching kids to stick up for themselves.