According to the Toronto Sun, the Majewski family lawyer is stunned. “In all of my years as a lawyer,” he told them, “I have never seen anyone sue a child that [she] killed.” He didn’t want to tell them over the phone, so he called in Brandon’s parents and step-parents to tell them in person.

The Sun says that Simon—who was not suspected of any wrongdoing nor intoxication at the scene of the accident—is suing Brandon for “emotional trauma she says she has suffered.” She is also suing the two surviving victims and their families. In fact, the claim filed in court blames the accident on the boys, calling them “incompetent bicyclists.”

As if this story couldn’t get any worse, Simon also names in the suit Brandon’s older brother Devon. The problem here is that about six months after Brandon’s death, Devon was found dead by his father Derek after a night of mixing drink and pills. It wasn’t a suicide, Derek believes, but an accident. Simon is suing him, too.

Another interesting detail is that Simon’s husband Jules Simon, a York Regional Police officers, was driving behind his wife that night. Although the Sun says, “little is mentioned about him as a witness in the police report.” He apparently pulled over when the accident happened and then drove his wife home in his vehicle. Sharlene Simon was speeding about six miles-per-hour over the posted limit.

According to The Huffington Post, the family is countersuing Simon for $900,000. Simon is asking for $1.35 million in damages.

WTF is wrong with people?
My son killed himself but it wasn't suicide....you killed him with grief.

The lawyer was probably behind the idea anyway. After all, most of them are scummy, moneygrabbing leeches.

posted on May, 23 2014 @ 12:14 PM
link
If they were on motorcycles instead of bicycles they would be suing her.
Besides this should not be a surprise, people are lawsuit happy.

The whole thing seems pointless in this case, but my Husband is always saying, when we nearly hit someones beautiful puppy, the owner should be sued if we hit it, because we will never get over it.

The woman who killed the boy will never have a good nights sleep again, she will never be able to enjoy so many things anymore, because this will be in her mind and be a part of her forever.


umm...its illegal to ride a bike on the sidewalk.

But I hope she wins her lawsuit and the deceased are told to pay her $20m in damages (not transferable - ie no relative or anyone else is liable). But Simon must pay all legal fees .....


The whole thing seems pointless in this case,


Maybe it was his fault i didn't see the police log but that was not my point and my point is a valid one.
edit on 23-5-2014 by Char-Lee because: (no reason given)


umm...its illegal to ride a bike on the sidewalk.

they were out late it said i believe, did they have the lights required? i don't know, I didn't see a police report. I believe though that is i killed someone especially a young person i would never have another days peace in my life. I hit a dog once and I will never get over that.

I"m tempted to go there and ridicule and mock this woman.

I cannot believe the courts will even entertain this nonsense.

Another interesting detail is that Simon’s husband Jules Simon, a York Regional Police officers, was driving behind his wife that night. Although the Sun says, “little is mentioned about him as a witness in the police report.” He apparently pulled over when the accident happened and then drove his wife home in his vehicle. Sharlene Simon was speeding about six miles-per-hour over the posted limit.

So... A cop was following a speeder, presumably speeding as well to follow, and this speeder happened to be his wife. His wife then plows right over the top of boys on their bicycles ("Brandon Majewski was struck from behind and killed by Sharlene Simon" - From article) and what happened next?

Well.. What DID happen next??? Was she driven home by her police husband..from the scene of a fatal car vs. bicycle BEFORE or AFTER the full investigation happened on the scene?

I smell a big big rat in all this with that 'little detail' which comes later in the article and perhaps, needs to be paragraph 1, if not title.

She shouldn't be worried about suing...she ought to be worried more about her own skin..but somehow (hey, cops who see everything but don't play witness are handy huh?) she didn't even get dinged off this?? Nice justice in this situation.

What am I missing folks?

That's my question as well, what repercussion did she suffer for murdering a child?

originally posted by: iskander683
a reply to: vonclod


The lawyer was probably behind the idea anyway. After all, most of them are scummy, moneygrabbing leeches.

I read the driver was sued first, maybe she felt like that was an injustice.

Sad that the kids were allowed to ride at Sad that they had no lights on the bikes. It was also wet so rainy.
"at around 1.30am"

The family’s lawyer Brian Cameron told the Toronto Sun: “In all of my years as a lawyer, I have never seen anyone ever sue a child that they killed.

“It’s beyond the pale. I just couldn’t bring myself to tell them on the phone.” 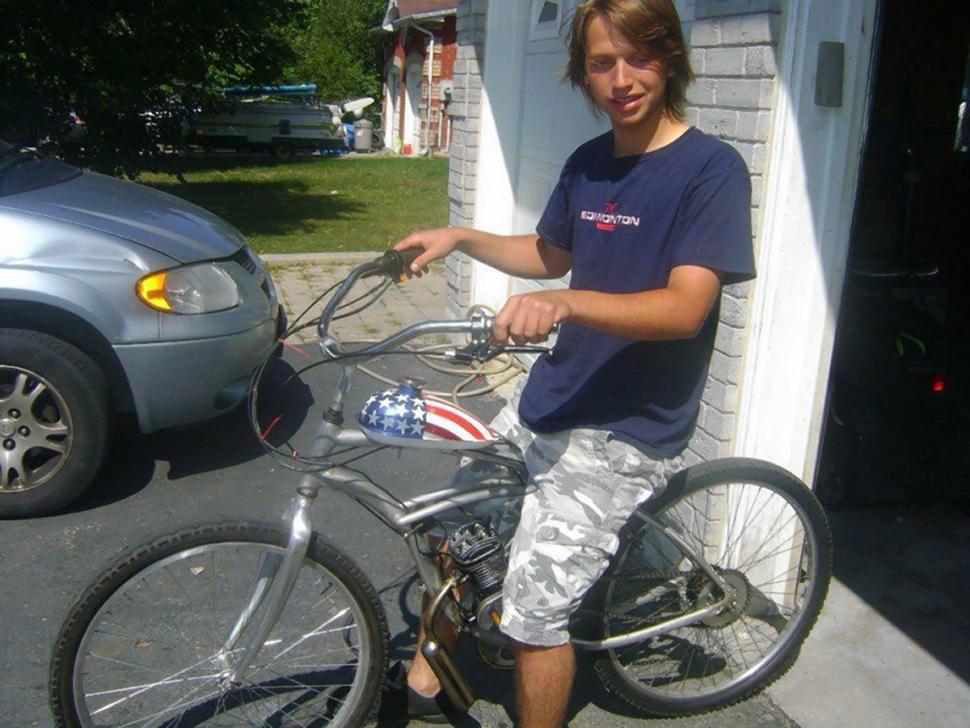 originally posted by: tothetenthpower
a reply to: Wrabbit2000

That's my question as well, what repercussion did she suffer for murdering a child?

Probably a lot of pain and right now she is probably acting in anger because she is responsible when the parents let the kids bike at 1.30 in the morning. I hope she will see more clearly after she has time. Clearly she is adding to her own stress as well as the pain and suffering of the Families.

An investigation by the South Simcoe Police Service held that the cyclists’ “lack of visibility… was the largest contributing factor,” and that “the driver of the Kia did not see the cyclists on the roadway and was unable to make an evasive reaction.” A Crown Prosecutor told police that there was “absolutely no reasonable prospect of conviction and that no charges should be laid.”


from your link seems that no further charges are pending against the driver and the investigation is closed ,from reading the three sources mentioned in this thread it seems the father may have screwed over the case by acknowledging that his children should not have been out at that time(not saying suing is the right response just that the father of the deceased child made statements that could hurt him in a lawsuit) the one part i didnt get is who is the person who killed them self? was it the car drivers kid or was it one of the relatives of the kids run over for some reason my brain couldn't figure that part out (edit to add) ah so the dead kids brother od'ed on pills and booze alegedly so that at least answers that part for me

The family was struck by a second tragedy when Brandon’s elder brother Devon, who had been hit hard by his sibling’s death, died in his sleep as a result of alcohol and pharmaceuticals. According to the report on The Province, Brandon’s parents have some concerns about the police investigation, and they made a complaint to the Office of the Independent Police Review Director, claiming that the it was biased, because Simon’s husband is also a law enforcement officer, albeit in a different force.

posted on May, 23 2014 @ 06:49 PM
link
If this is the new morality that we are stooping to as a society, then bring on the apocalypse to wipe our sorry, depraved butts off the face of this planet.

Wrabbit has raised a very good point re the copper husband. Does anyone know why he did not perform his sworn duty as an officer and pull her over for speeding prior to the accident ?

This whole story stinks. Someone ought to form an old fashioned lynch mob and run them out of town.

posted on May, 23 2014 @ 06:51 PM
link
a reply to: RalagaNarHallas
The other son of the Family who lost the boy died with pills and alcohol, they are saying he was not committing suicide but was using for mental pain. Personally I feel for all concerned the woman who hit the boys has three children.

it seems possible the parents of the lost boy were in such anguish that they sued and accused the Driver of being either drunk, on her phone or both. So she counter sued them and everyone pretty much sounds like they are calling for vigilantes to actually kill or harm her, i am stunned how few wait for all the facts before they take one side over all others.

Scary road this was! 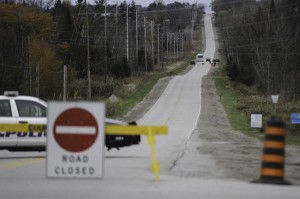