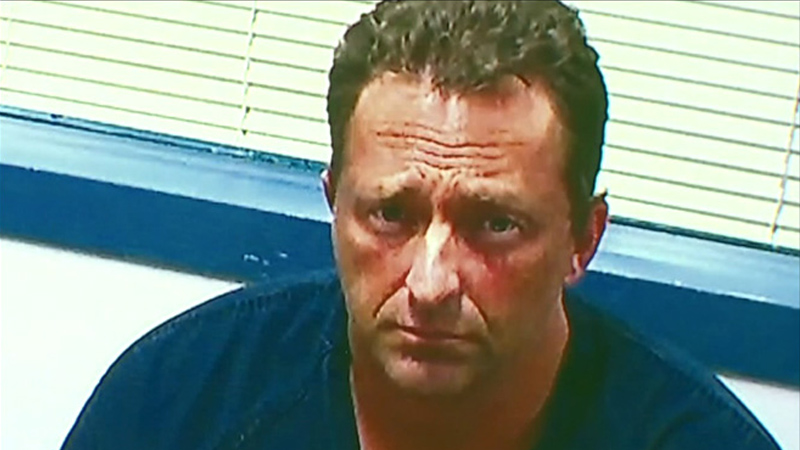 Here is a perfect example of the US criminal system using leniency and understanding for the wealthy. Meanwhile everyone else experiences the zero-tolerance hammer. At the trial the Judge actually spoke about how Shaun Goodman is an important businessman and that it "wouldn't be fair for him and his employees to suffer if he went to real jail." Here's the kicker, he was allowed to fly to New York for the Super Bowl while the trail was pending...

Near the end of last year, Shaun Goodman – a wealthy Olympia business owner – slid into his Ferrari (yeah, he drives a Ferrari) and led police on a high speed chase through city streets that, according to the police report, sometimes approached 100 mph. A passenger who had the misfortune of hitching a ride with Goodman actually leapt from the moving vehicle while police were still in pursuit because he was afraid he was going to die. Given his state and the speeds at which he was going, it should come to no surprise that Goodman’s race against the law ended with him crashing into two cars, jumping a curb and smashing into the side of a house.

When police arrested Goodman, they found his BAC to be twice the legal limit. It would mark his 7th DUI conviction.


So much for justice being blind!

ArchAngel_X
+2 more
posted on May, 21 2014 @ 05:27 PM
link
Any citizen of Olympia worth their salt ought to be egging and picketing that judge's house.

I think there is another thread on this. I thought I flagged it but it is not on my my ats .

So I will just flag this one.

He will keep getting away with s@@@ like this until he kills someone.

However, Judge Christine Schaller gave Goodman a year of work release. Defense attorney Paul Strophy argued that Goodman's business would fail and his client's employees would be out of a job if Goodman wasn't present for work.

That paints a slightly different picture of this.

This however is an in your face case of this person being treated differently.

I can sort of understand using work release as an alternative punishment so other innocent people are not harmed. That does not make it right, but in part understandable.

I'm truly torn when I read about things like this. On one hand I strongly believe judges should have discretion to judge each case individually and that mandatory sentencing is in many ways wrong. On the other, it leads to things like this when penalties are not set in stone.

In this case I think the Judge who let him go to see the game should be closely scrutinized for a pattern and perhaps removed from the bench. The other judge, I don't think I have enough information to have a strong opinion.

posted on May, 21 2014 @ 06:00 PM
link
It's horrible that being wealthy changed this fools outcome then again anyone that drives drunk or high is a selfish idiot and should have the book thrown at them.

I'm sure the drunk drivers here will follow this up with some bs justification about how a DUI/DWI doesn't mean drunk or high. Great whatever makes those people feel good. What I know is I have yet to hear a valid justification or explanation for anyone to drive that way.

The loser in the story is the worst kind of idiot. Repeat offender that used money and influence. Lock him up and forget about him.

posted on May, 21 2014 @ 06:07 PM
link
Well, they should take this guy's license away permanently and if he needs a ride, he can either put a full time driver in his employ or call a cab. If he gets busted driving with a revoked license, he should go to prison for five years.

Now, just because he is an employer, doesn't give him the right to jeopardize the lives of his workers kids by driving drunk. He needs to quit drinking. I can't understand how his business is staying afloat. It's going to go under eventually.

I don't think the jobs of 7 employees outweighs the obvious safety risks this guy presents as a free man. In WA, just running from the police is a class C felony (for regular folks) without adding in the habitual DUI offense, reckless driving, reckless endangerment, speeding and whatever else they could have charged him with. Justice was certainly not blind in that courtroom.

I get what your saying, but no business should be made to fail with one missing link. I think that is the real problem his employees face: he hasn't built a company, he has run a business.

A duty of leadership is conducting yourself in a manner that is above reproach so that your employees are not undergoing risk by working for you. A lot of businesses have clauses that can fire an employee for doing stuff like this. The judge needs to make rehab and urine tests a condition of "work release' at a bare minimum. If he is going to skirt the rules for this reason (essentially, government trying to protect business interests) then they should try to enact a cure rather than a fix.

He will keep getting away with s@@@ like this until he kills someone.


he will get away with that TOO!

affluenza is a serious condition..

Since he has this big important business to run I suppose he can do whatever he wants. Rape and murder and pillage like a viking and work release will be his punishment because too many clients rely on his business.

It'd be nice if the judge gave the average Joe with no savings living paycheck to paycheck this consideration next time she hands down a sentence that costs him his job.
edit on 21-5-2014 by thisguyrighthere because: (no reason given)

posted on May, 21 2014 @ 06:45 PM
link
I saw CNN try to attack his lawyer. The man got the max sentence. If it wasn't enough then the laws should be changed. If work release isn't considered good then talk to the judge or change the law. Some of his DUIs were old and didn't fit with the legal period for a more serious offense.

posted on May, 21 2014 @ 06:47 PM
link
I am surprised that the persons who vehicles and house that was hit by this man, while driving under a DUI are not considering bringing up suing not only the owner of the vehicle, but the judge who decided that it would not be fair for a 7 time offender to actually go to jail. And I am wondering if they are bringing up judicial review on the judge either. And there is the matter of all of the other cases that this judge heard, similar to this, could be argued that they needed to be sentenced the same way.

the judge who decided that it would not be fair for a 7 time offender to actually go to jail.

He is in jail, nights and weekends, when he isn't at work during the day.

I have or had no intention of defending this clown, which I'm certain you understood. That is for the benefit of others who may not.

"I can sort of understand using work release as an alternative punishment so other innocent people are not harmed. That does not make it right, but in part understandable"

I find how well his business was structured to be meaningless to this. With a business that small, 1 or 2 people can be integral to the businesses survival.

Another example that may be closer to applying here, would be a contractor or a Master of a Trade. In my youth I worked as an electricians apprentice on huge projects. A crew that could number in the dozens on a single site could be sent home indefinitely if the man with the Masters license were to get jailed. Without that license on site the purchase power is unplugged so to speak and all work stops. Finding another since they are rare and hard to find, could stop a project for weeks or more. That is due to government regulation. Billion $ project and one man missing can shut it down for weeks.

I'm also not certain that folks are understanding work release. Generally that includes residing in a jail and being allowed to go to work during working hours. Unless this is different, he is in jail for a year.

Again, I'm not defending this obvious idiot, just being honest in my thoughts.

It's hard to glean the entire truth from these articles.

posted on May, 21 2014 @ 07:27 PM
link
Not fair? Oh, how interesting a statement about a case in a courtroom. Since when did fairness ever cross the threshold of a modern courtroom for anything but it's own Capital trial?

Lets see... He drank, committed drunk in public, then drove...another crime. Somehow got the idea playing dukes of hazard in a Ferrari was a cool idea and ran from the cops...another crime. Had a passenger actually jump out while it was moving, SO...I'm guessing we can reasonably assume she asked him to stop, at least once. False imprisonment and kidnapping. I believe cases have actually bent those statutes to charge for less, and this wouldn't bend them.

Then the demolition derby at the end and parking into the side of a house...Hmm..Armed attack on an occupied structure? Hey..maybe an enhancement!

Screw Jail. Why isn't this man looking at years in a State Prison? Those execs at Enron had LOTS of employees too. Should it have mattered then or now? Criminal is Criminal and wow...this guy filled the score card in one night!

Even if he kills someone - He's rich and will get away with it.

posted on May, 21 2014 @ 08:20 PM
link
Astute business people have plans in place to look after an owner's unforeseen absence. If he doesn't, that's his problem. That his employees are negatively affected is tragic but what about those who may have been harmed by his behavior? I submit that those people would be affected for life, rather than simply face the loss of a job. He should have had the book thrown at him!

This blatantly shows that we have a two tiered justice system! The public should be outraged and our media should be calling this judge out. There's absolutely no excuse for this!!! It's just like when our government bailed out the bankers because they were too big to fail. 7 DUI's, are you kidding me?

The average nobody would be thrown in jail, fined for the damages they caused, their license permanently taken away, and be forced to attend alcoholic addiction treatment.

This creep will be in the news again, only next time there will be an innocent life taken because this A$$hole judge caters to the rich. If it does happen, the judge should be thrown in jail right along with him.

Simple solution: Nullify this stupid-assed law. I DO remember a time before the acronym DUI was coined. Things were fine back then. Some dumb-ass driving drunk just got taken out in the woods by the cops and beaten to within an inch of their lives. Problem solved permanently.

Sometimes, "We are a nation of laws." is nothing other than a collection of fancy-pants words.