A close enounter with a strange helicopter.

posted on May, 20 2014 @ 08:03 PM
link
First off I would like to state this video was taken less than a hour ago. I would like help identifying what it could have been doing, it appeared to be unmarked or the color of the marking was very similar to the rest of the color of the chopper. It flew around a one block radius very close to my house and part of its path was directly over where I was standing.
It had a camera on the front underneath the cockpit and something (possibly another camera) on the right landing leg.

They more than likely saw me recording them, as they flew overhead at what appeared to be less than 150 ft.

I don't know much about helicopters so I was wondering if anyone here on ATS could identify the type of chopper and what it could have been doing.

I took three videos, sorry to waste a bit of time but can somebody please tell me how to upload a video directly from my computer to here?

Mods, please move if this is the wrong area, videos are to come.


www.youtube.com...
edit on Tue May 20 2014 by DontTreadOnMe because: attempt to embed video

The easiest way so that everyone can see it is to go upload it on You Tube, then post that Y/T video here.

Sorry mate that was the wrong video that i uploaded, but thank you!

LOL I was thinking my eyes were messing me about again.

He flew over my house again, i am going to be afk to record him next time he returns.

i uploaded the wrong one, in my last post i linked to the right ones which were being processed by youtube. i have capture two more videos moments ago and will upload them, i havent uploaded videos to youtube or ats before so it is a new process to me and i am sorry for the inconvenience 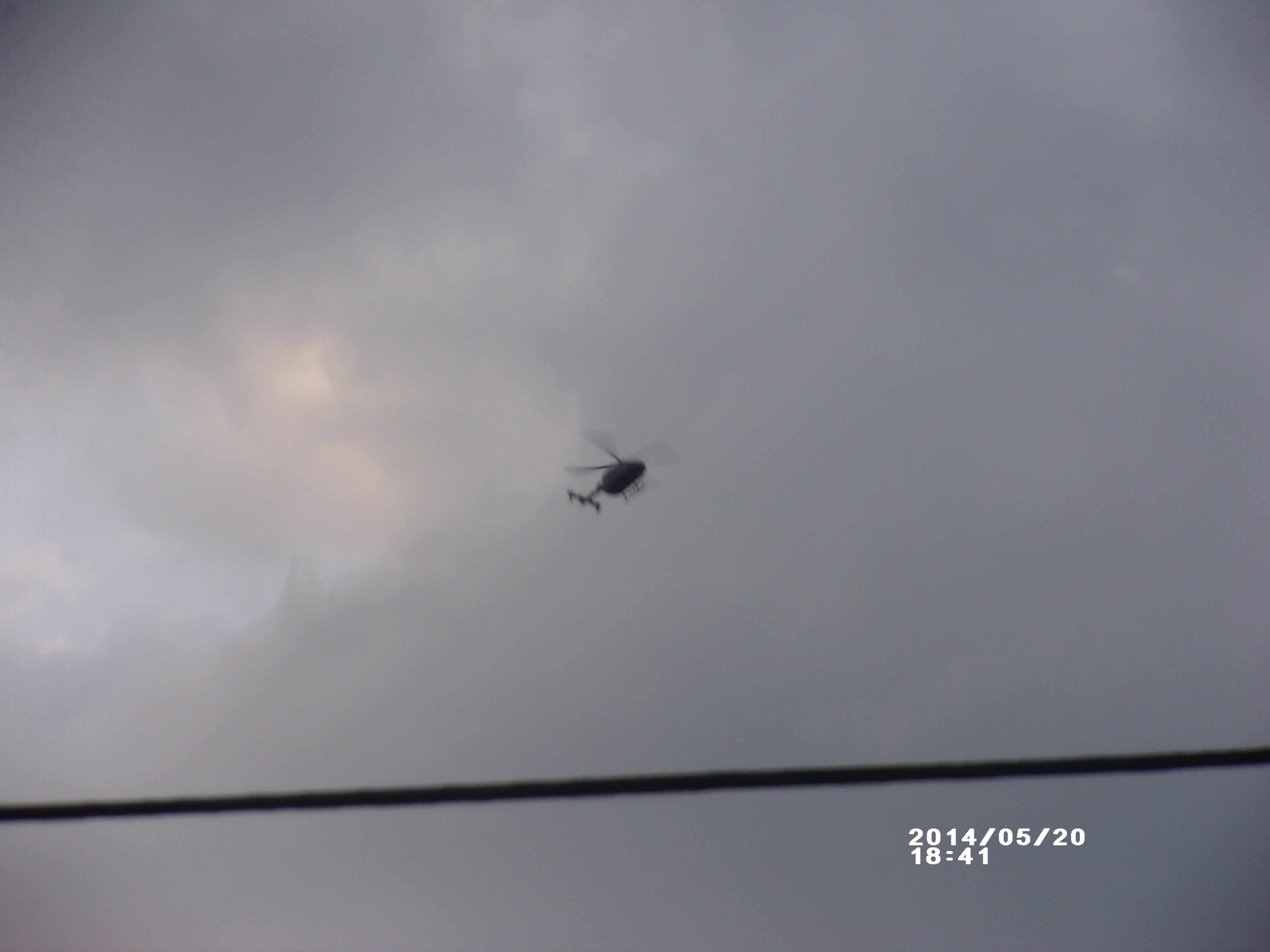 A photo to prove im not messing about while i get these videos working.

It would be nice if "mobile users" could watch.

Embedded, videos still processing if the embeds are blank
edit on 20-5-2014 by Luuke123 because: errors
edit on Tue May 20 2014 by DontTreadOnMe because: fix embeds

posted on May, 20 2014 @ 08:48 PM
link
Last summer I had one of the bargain basement choppers (tall mast under the rotor) doing laps around my backyard while I was working in the garden. I never leave the house without my camera, so I quickly started snapping photos of the offending chopper. I think it was some nosy news chopper who mistook my tomatoes for marijuana, and were looking to rat me out. One guy was leaning out the window with either a camera or binoculars. I let them have both one finger salutes for invading my peace and quiet.

Im trying my best to! I am sorry for inconveniencing you and the other ATSers!

originally posted by: Snarl
a reply to: Luuke123

It would be nice if "mobile users" could watch.

Im having the same problem on my phone! the first one worked though..

And OP im getting error on embedded they must still be processing then..

A photo to prove im not messing about while i get these videos working.

OH-6 Cayuse (Little Bird/Loach). Used mostly for reconnaissance missions. Currently used by the US ARMY, and MARINES both in theater and garrison.

They deserve it, Choppers are very noisy indeed. Do you still have the photos? If so i would love to see them while i get my videos working.