posted on May, 18 2014 @ 04:28 PM
link
The U.S. is being overrun by a wave of anti-science, anti-intellectual thinking. Has the most powerful nation on Earth lost its mind?

Instead of educating themselves via the Internet, most people simply use it to validate what they already suspect, wish or believe to be true.

It really makes me wonder what we think we're doing right in this country. Any takers?

When I read things like this, it's no wonder things are going bad. There was also an article about someone wanting to dumb down spelling in the USA.

If we can't strive for proper spelling and grammar, how do we strive for astrophysics and getting to Mars? If it keeps up, future generations will be so ignorent they can't read a physics book!

The problem is that many people are incapable of thinking for themselves, they do as their told or simply regurgitate information their family, pastor, spouse (etc) believes. It's sickening really. I have turned my family and friends on to ATS and suggest they do their own research.

While I do watch MSM I take what they have to say at face value, they're going to spin stories to their beliefs and to their benefit.

The United States has become a nation of sheeple.
Baaahh 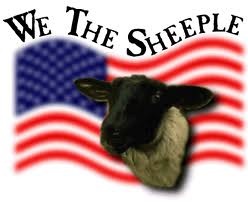 Anyway there might be some truth in it. They do not eduacate kids in schools there as much as they should instead they do train them to get a job ( as do Canadians )

Just to be fair


As a Scandinavian i just peek in to see conversation
edit on 18-5-2014 by dollukka because: (no reason given)

Knowledge-Based Education – We oppose the teaching of Higher Order Thinking Skills (HOTS) (values clarification), critical thinking skills and similar programs that are simply a relabeling of Outcome-Based Education (OBE) (mastery learning) which focus on behavior modification and have the purpose of challenging the student’s fixed beliefs and undermining parental authority.

Yes, you read that right. The party opposes the teaching of “higher order thinking skills” because it believes the purpose is to challenge a student’s “fixed beliefs” and undermine “parental authority.”

It opposes, among other things, early childhood education, sex education, and multicultural education, but supports “school subjects with emphasis on the Judeo-Christian principles upon which America was founded.”

This is from 2012 from one of the largest states in the union. How are we as a nation gonna compete in a global economy when one of two main political parties are actively fighting against higher education?

posted on May, 18 2014 @ 05:20 PM
link
it's easier to control someone with a lower intellect than someone that can think on a higher level which TPTB do not want . What they do want is a world of Morons that would be-leave anything TPTB say.

I don't have a problem with this.

Sure the hell beats Government is the 'creator' of 'all' things.

But hey we all know in modern day American God has been replaced with Government legislating it's 'morality'.

posted on May, 18 2014 @ 05:36 PM
link
People are as intelligent as they want to be. If someone wants to learn something bad enough the information is there.

The problem is the indoctrination of our youth, schools are more for training the youth how to be "socially acceptable".

Anyone with kids in school look at their report cards next time they get them. Why is there a spot for "works well with others"?

But isn't this what Socialists want?

In here kids study two math books a school year and read on their own at least 6 books a year which they can pick from list of 100 ( these books are for certain age groups, literature ) or so ( no donald ducks or comics ) they learn natural science starting first grade and start first foreign language at the third grade and few years later second foreign language and later third ( not mandatory ) and so on. At 7th grade chemistry and physics comes as separate studies. They also get religious education about hour a week.

Even they study hard at school they don´t really get homeworks and if there is some it takes about 10 to 15 minutes to do them.
My kid is now at 3rd grade and he spends 23 hours a week in school ( one hour at school is 45 minutes learning and 15 minutes recess ) also includes music lessons, gym, technical work also Arts and Crafts ( about 10 hours of 23 ) . It doesn´t seem to be much of work but somehow these kids do well in Pisa tests..

Cant really understand why is American eduacation slowing down as it seem that we here have less learning hours and more recess time at schools.. can this is because our teachers are respected and all have master´s degree so the quality of eduacation is better ?

One of the main goals of schools, besides educating children, is preparing them for individual lives as citizens. If one can not work well with others, they are not able to function well in the society. Whether colleagues, families or clients, whether you want it or not, someone you need to work with others and that is definitely a skill every person should have. Teamwork skills are important and will possibly become much more important in the future.

So they take them away from others? really ?

In here they start team work in first grade and continues all the time, so they change their school desks often so everyone gets to know all kids in the class and work with all of them so no one is left out... and they learn to work together.

I'm convinced Americans are as dumbed down as they possibly can be now.

You are either on the right or left of any given issue, event, or topic.

I don't have a problem with this.


I do and so did the founding fathers they wanted to leave religion out of politics. If he wants preachin then let him go to a church where it belongs.


Sure the hell beats Government is the 'creator' of 'all' things.


At least the government is real. Try proving the mythical man in the sky exists.


But hey we all know in modern day American God has been replaced with Government legislating it's 'morality'.


If you knew anything about American history then you would know there never has been an American "God".

originally posted by: TDawgRex
a reply to: links234

But isn't this what Socialists want?

No socialist want equal pay. This is what the big corporations want. People that are just smart enough to walk in push a button and not question anything. After all it was the Republicans that doubled the size of the dept of education then cut it's funding.
edit on 18-5-2014 by buster2010 because: (no reason given)


originally posted by: TDawgRex
a reply to: links234
But isn't this what Socialists want?
Useful Idiots?


No socialist want equal pay. This is what the big corporations want. People that are just smart enough to walk in push a button and not question anything. After all it was the Republicans that doubled the size of the dept of education then cut it's funding.

To kind of piggy-back on your reply:


A study by two Princeton University researchers, Martin Gilens and Benjamin Page, released last month, tracked 1,800 U.S. policy changes between 1981 and 2002, and compared the outcome with the expressed preferences of median-income Americans, the affluent, business interests and powerful lobbies. They concluded that average citizens “have little or no independent influence” on policy in the U.S., while the rich and their hired mouthpieces routinely get their way. “The majority does not rule,” they wrote.

When I read things like this, it's no wonder things are going bad. There was also an article about someone wanting to dumb down spelling in the USA.

If we can't strive for proper spelling and grammar, how do we strive for astrophysics and getting to Mars? If it keeps up, future generations will be so ignorent they can't read a physics book!

They already have. Some schools recognize Ebonics and allow students to use it rather than actual English.

The American education system is out of control. It's being run by politicians and school boards who have no background or experience in education. Many of them have never spent a week observing an inner city classroom nor have they ever walked the halls observing out of control teens loudly spewing vulgarity down the hallways, disrespecting teachers, ignoring directives, being confrontational and blatantly breaking school rules and policies. Many of them are totally apathetic and unmotivated toward their education, spending most of their time texting and using their cell phones in class when they should be listening and following directions. Students no longer receive tough consequences for their actions.

School districts have dropped electives like music, art, tech ed and home economics just to focus in on state testing to help get additional political funding for their districts. Disruptive and apathetic students are kept in school to continue to disrupt classrooms for the sake of "school numbers" so districts won't lose money based upon school enrollment. Good and challenging teachers are let go in favor of teachers who water down their curriculum to keep up their classroom numbers. Today, a student's failing grade is blamed on the teacher instead of placing the responsibility on the student. It's no longer about a child's education or improving the educational environment, it all comes down to preserving the almighty funding for the school. An environment brought on with "no child left behind"
and unfair political funding for schools.

America no longer is interested in investing in education. They would rather cut educational funding, and make the high cost of a college education out of reach for many middle class Americans. Colleges would rather give full scholarship rides based upon athletic abilities rather than academic scholastic ability. A bright mind benefits humanity by discovering cures for diseases and creating inventions that will help the world environment and help mankind. An athlete influences nothing but entertainment.

A lot of parents will go to bat for their unmotivated, poorly behaved child asking the teacher to give him or her an extra day to get their assignment done, when their kid spent the entire day socializing and using their cell phone. Instead of supporting teachers, today's parents are blaming them for their kids poor grades. School districts have no backbone to strictly enforce school rules for the benefit of creating an environment conducive to learning.

The future of America and the incompetency of many high school graduates is really alarming.

Yep! It sure does. Constitutional law, international law, and contact law should be a core curriculum. For all schools.

That way, everyone know their rights.

Or, do you disagree. Hmmm?