The Government is Right - Alien Disclosure Should Not Occur

posted on May, 13 2014 @ 12:01 AM
link
I'm convinced. After many threads on forums such as this one and much released data from reputable sources that it would be a mistake for the government to acknowledge the existence of aliens observing and interacting with humans on the planet Earth. Why have i reached this
conclusion? Have you read the debunkers? In no way would these people accept the existence of alien intelligence even if it were starring them in the face; They would dispute the evidence and if ETs were to appeare on TV they would assure you it was faked. Can you see the problem? Releasing the iron-clad proof of ETs existence would create so many problems that it can not be done - the public will be protected from alien disclosure. And when it comes to ET disclosure you can ACCEPT IGNORANCE - for now there is no other answer.

"Beam me up, Scotty. There's no intelligent life down here"
edit on 13-5-2014 by AlienView because: (no reason given)

It would also cause a rift in the religious world. ...not just with the debunkers.

I know a few people that say any aliens would be demons to try and pull us away from God. Pretty intense thought if you think about it. But I do agree, Im skeptical of a lot, but seeing is believing for me. So if I saw a convincing alien I'm sure I would wet myself lol. If there was disclosure it would probably lead to anarchy, and would probably ruin thousand of years of secrets. So it will probably never happen anyways. Nice thought though.

That is also probably true - but I don't believe it is that much a religious issue - some religious theologians could accept other forms of life in the universe - that does not necessarily contradict their creationist viewpoint.

"Beam me up, Scotty. There's no intelligent life down here"


There's no "Scotty" up there either. Thats Hollywood.

I think the powers that be are glad to have the agreement with the "others" that remain in the background as long as the government doesn't try to shoot down or kidnap any more of their representatives.

That way its business as usual for the control freaks that run things down here. They would never abdicate. If the others "disclosed" themselves all at once, we would all have to acknowledge them and the government and organized religion would lose its power and influence overnight. Then there would be a return to the Dark Ages; Witch hunts, mass murder and burning of Heretics… just awful.

posted on May, 13 2014 @ 12:32 AM
link
A person whom debunks claims is the most valueable asset the pseudo-religion called Ufology. Occasionally, you got people actually interested in the phenomena, then they meet the plethora of -nutjobs- who call every damn satellite, flare, balloon, and everything else some sort of damn space brother.
its only the voice of reason giving clarity that seperates the endless supply of bullcrap to the occasional gem.

The argument here is that the people truly interested in the subject to the extent of caring about the quality of information is the issue? what complete nonsense. You can start your religion and call clouds mother ships if you want, but don't pretend you have your feet in any form of reality...and those "debunkers" are the ones exposing the wackjobs, liars, and opportunists...should a ET show up one day, I expect they will be far more appreciative of those whom were skeptical about all the nonsense of the past than have to deal with the muddle brained infestation of lunatics the ufo field has.

Some take their skepticism to a religious point, and they are on the same level as the twits of course, both seeking out some sort of weird religion of either believing everything is an alien, or rejecting anything and everything just on principle for no reason other than pretending to know...

I think that a better reason is that complete insanity and anarchy would ensue (and I'm not talking about libertarian-style anarchy). I hate to say it, but I think that the governments may be protecting us from something the majority is simply not ready for. It sounds horrible to say but a lot of people, especially Americans (lol), are stupid!

posted on May, 13 2014 @ 01:28 AM
link
The governments don't want disclosure because it would expose all of their lies. What would happen if an alien race came down and told the us government to come clean on all of the lies that they have been telling people forever and the things that they have done and covered up. Or they (the ETs) would expose everything. Kinda like they come here and do to the US government what it has been doing to the rest of the world. I think it would be a good way to get the truth out. And I think a lot of people would be able to handle it because they have always known deep down what has been going on and with proof I think things would be for the best in the long run.

Well, I think there is a major problem here on planet earth. I think the general populace would actually be ok with disclosure. It seems that at least half of people will tell you that they believe in aliens.

The problem lies with the lie to begin with.

Had the government just have told the truth to begin with, It wouldn't be a problem. If the debunkers don't want to believe, what are they going to do if the president were to set up a press release in public view of him meeting with aliens. They would either believe, or they would become the crazy one.

What exactly makes you think it would not work?

disclosure HAS to happen if humanity will have a future.

in order to defend against abduction, blood sucking and god knows what else

population must first KNOW that this is real, in order to call from help from higher beings like Jesus and the like

to defend yourself, you must first know how to do it

posted on May, 13 2014 @ 03:10 AM
link
if disclosure did happen. It would be like the scene from "The Wizard of Oz". The Powers That Be would maintain the secrecy as the curtain is unveiled and they would still say "PAY NO ATTENTION TO THAT MAN(alien)" till they are blue in the face.

posted on May, 13 2014 @ 06:24 AM
link
I'd say disclosure iis happening just at a slower pace. You indicated that "after much review of released material"......
So there was enough material for you to make your decision. Have you read Grant Cameron's page on ufo's and presidents. Here he's uncovered many things past and present prez's have said on and off the record about the existence of the phenom.

p.s. use the bottom link in the above mess. always have trouble with ATS posting tools
edit on 13-5-2014 by sparrowstail because: (no reason given)

posted on May, 13 2014 @ 06:41 AM
link
Yeah, there's really only one Government that wants to keep it secret nowadays - all other world government's have basically accepted there is a phenomena there. People who started looking for disclosure in say, 2000, probably didn't find anything very solid - but someone looking nowadays, will find all those government's released files that happened around 2007-2011 time (on top of several countries that had already made their reports public at earlier times).

So we all lived through a major part of disclosure as all these other countries put pressure on the USA to release their reports and such (which I don't believe they ever did). But of course that one solid rock could not be moved. Presumably a lot of folks who feel "no disclosure" are American, simply because their Gov isn't open about it in anyway, and so it looks like there is no disclosure or hope for disclosure. But from other parts in the world it seems more positive, trust me. I think many people like me just kind of ignore the US Gov nowadays on the subject and move on. They're tried and tested liars about the whole thing.

Take them out of the picture and you have a world that has already disclosed UFO's. 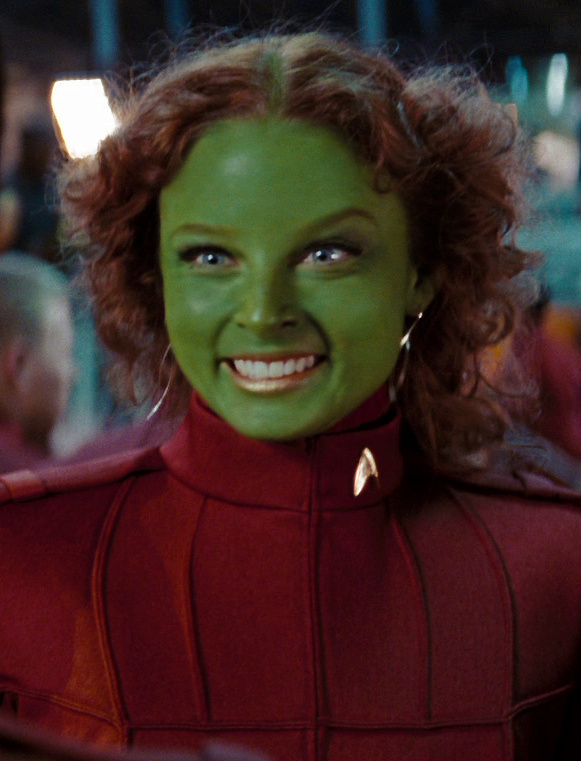 I would make sure she was alien from top to bottom.

posted on May, 13 2014 @ 07:22 AM
link
Disclosure would be positive if the aliens came down and installed a better new way of living ...new rules for a better society that people would be foolish not to accept. that would be nice... 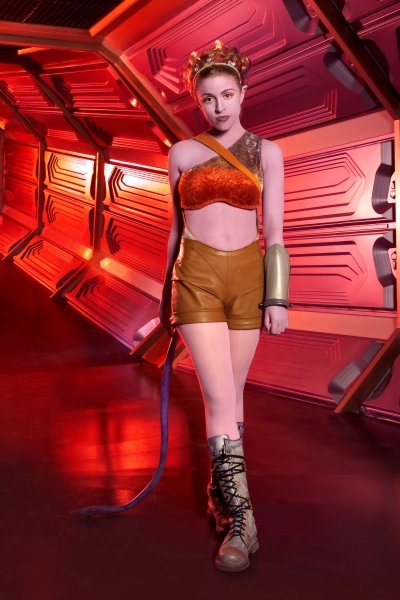 originally posted by: AlienView
I'm convinced. After many threads on forums such as this one and much released data from reputable sources that it would be a mistake for the government to acknowledge the existence of aliens observing and interacting with humans on the planet Earth. Why have i reached this
conclusion? Have you read the debunkers? In no way would these people accept the existence of alien intelligence even if it were starring them in the face; They would dispute the evidence and if ETs were to appeare on TV they would assure you it was faked. Can you see the problem? Releasing the iron-clad proof of ETs existence would create so many problems that it can not be done - the public will be protected from alien disclosure. And when it comes to ET disclosure you can ACCEPT IGNORANCE - for now there is no other answer.

"Beam me up, Scotty. There's no intelligent life down here"


For goodness sake learn what the word debunk means. It's not the same as denier...

What you would call a "debunker" is someone who uses common sense along with logical to separate the wheat from the chaff, unlike the tin-foil hat brigade who just want to listen to any-ole-nonsense if it sounds good.

Why have i reached this conclusion?

posted on May, 13 2014 @ 07:32 AM
link
Judging from my sightings then I'd probably go with this statement by the OP. Accepting something that humanity has no control over and is far in advance of us is probably too much for most people to accept, it is probably quite scary to some people that we are not top of the tree after all.