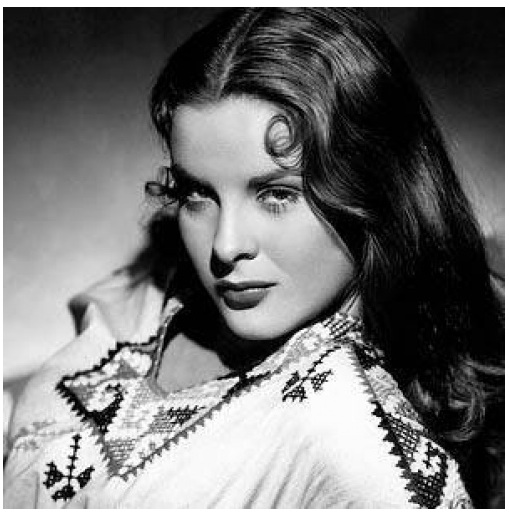 There was a thread made by ATS zazzafrazz about the idea of creating a dedicated history forum. You can find that discussion here.
www.abovetopsecret.com...

I would offer that the ATS Research Forum scholars need to consider the idea of a hosting dedicated history threads in this forum.

I would offer that ATS should harvest the creative content of these research threads organically, with no pesticide/herbicidal suicidal conconctions, employing the democratic ideal of refraining from adjudication those things that haven't been fully argued out yet. Yet.

Finally, I think that the Research Forum should take the lead and propose the essential guidelines for history threads, in general. The success of that effort would be to have some structured guidelines for how things should be presented, formalities, etiquette, et cetera.

If we will allow the Research Forum to debate this issue we should let this all happen organically. Please offer your best guidance in your responses, don't hold back any criticisms. At this point, it is up to us to decide how to handle a research/history forum. Can we do it? 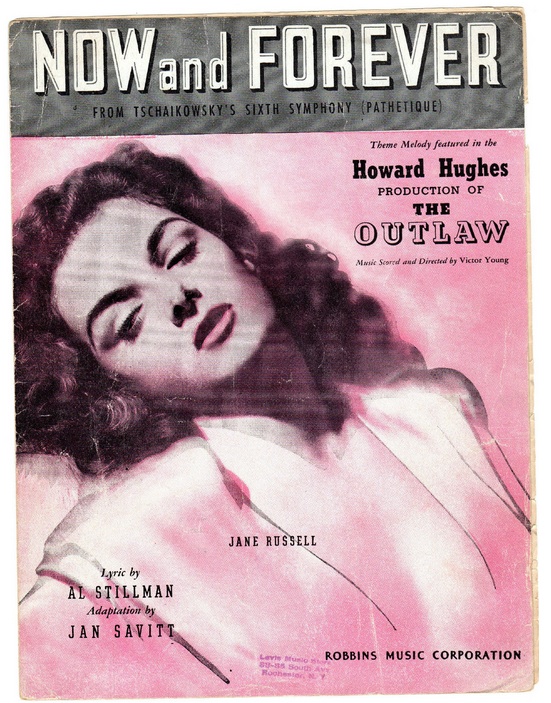 Scholars of ATS I summon thee out of slumber! We also need new scholars for the ATS Research Forum.
What are subjects do you know best? Do you wanna step right up and put your money down? Hurry, hurry, step this way... 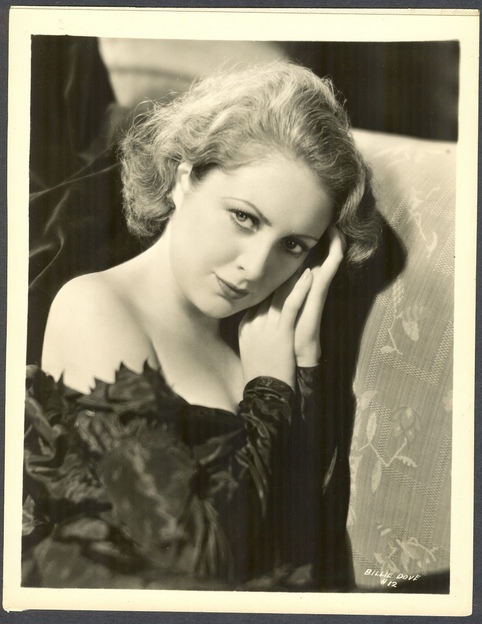 Billie Dove needs you ATS Scholars to step up and start creating the content that makes ATS #1 on the internet for conspiracies and conspiracy research. How can you say no to those eyes....
edit on 6/4/2014 by SayonaraJupiter because: typo 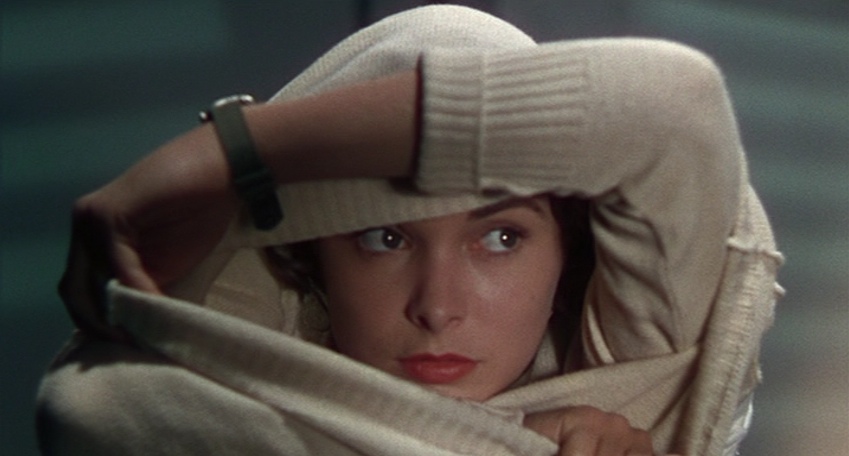 At first it seems like the typical Hughes cinema with fast airplanes, hot girls, red-blooded American ideals and generously dosed with paranoid American anti-Communist overtones... but the subtext of the plot actually involves the exchange of technology between Soviet Russia to the USA and back to Russia and back again to the USA!

Janet Leigh, the Soviet jet pilot, who transfered technology to the USA when she landed at John Wayne's airbase. In turn, John Wayne exchanges technology with Leigh when she flies the difficult maneuvers with Wayne in state of the art US military in 1950's jet planes. They both defected back to Russia to save their relationship. Leigh is reassigned by her Soviet bosses but decided to transfer more technology to the USA by defecting with Wayne back to the USA in yet another transfer of technology. Hence, the title of the film, "Jet Pilot".

Anyone spotted the connection with these ladies? 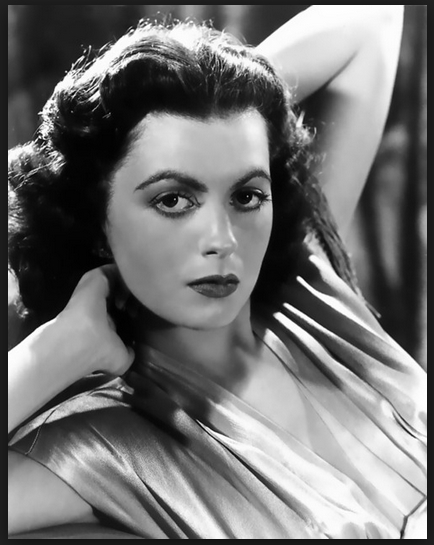 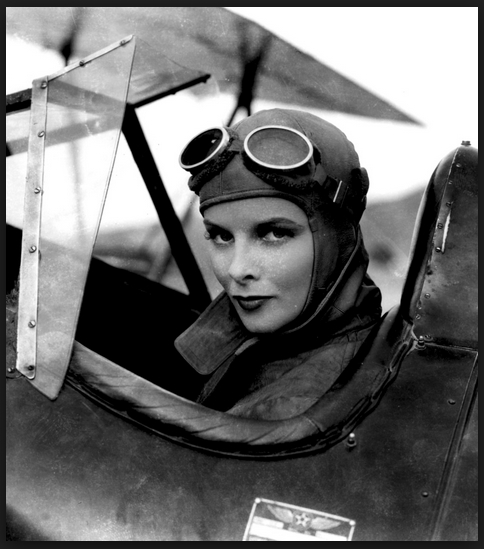 We need to keep this forum alive people! Where are you??

I have been doing research experiments here on ATS in the Space Exploration Forum. My thread "The Russians never duplicated Apollo 8" www.abovetopsecret.com... was designed specifically to state a fact and then to cross examine that fact. Over the course of 20+ pages the conversation was primarily focussed on sources, experts and narratives. I also made some meta-comments in that thread which touched on the subject of history forums because what I have found is that most people believe in the view that history is concrete and they will defend concrete history... my conclusion remains that a History Forum would be totally inappropriate for the venue of ATS because it creates another battleground for certain users to gain 10 billion+ stars and flags for posting copypasta from wikipedia. That's not what research threads are about!

Personally speaking, as a researcher, I am always immersed in my source materials. I am reading this book right now, I'm 70 pages into it, it's a good read but this book was probably ghost written by the CIA. 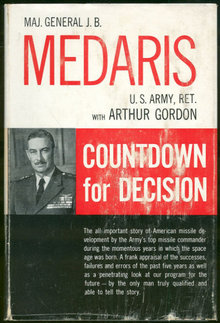 History is not concrete. We're caught in a trap. Why can't you see
What you're doing to me? When you don't believe a word I say? 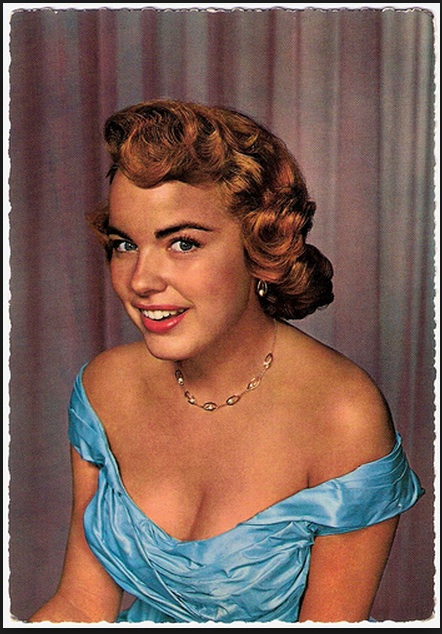 Will You Be True To This Glorious Quest? 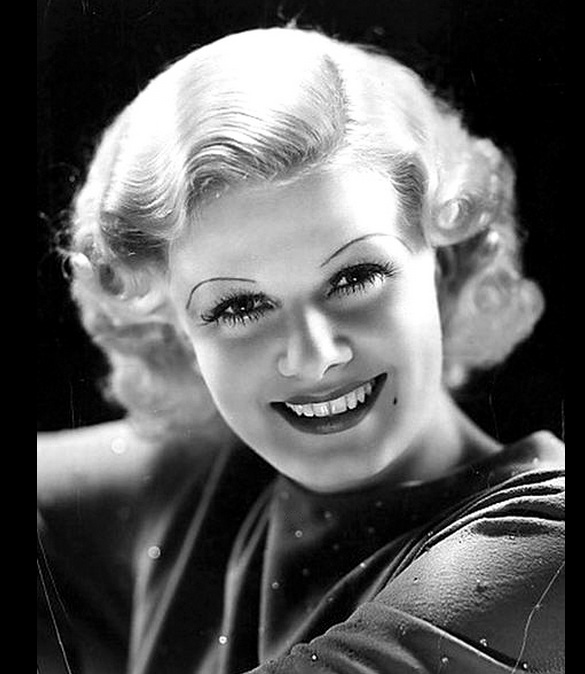 And the world will be better for this
That one man, scorned and covered with scars
Still strove with his last ounce of courage
To reach the unreachable star 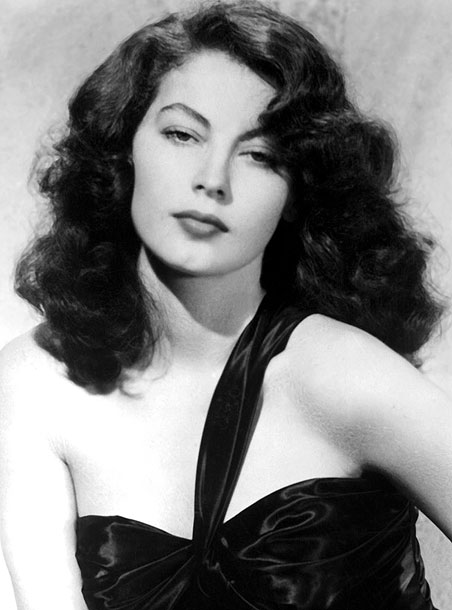 There is a new historical narrative of conspiracy discourse... it is written by the users of ATS... we are all Scholars. 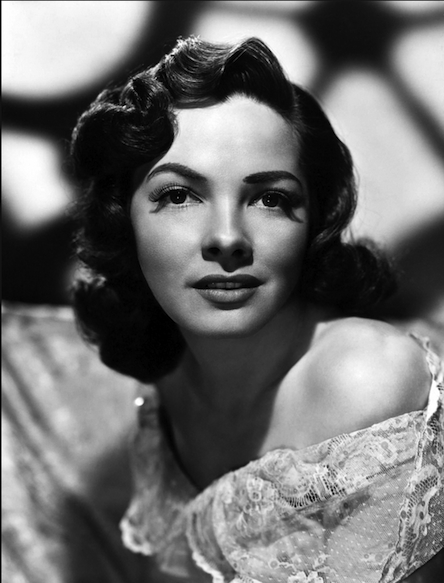 posted on Dec, 24 2014 @ 12:11 AM
link
There isn't too much research activity on ATS these days... it seems like all the attention is focussed on the front page news agenda of reactionary, opinionated viewpoints, divisive partisan rhetorics, and elaborate, massive political trolling..

Jacques Ellul would be very impressed with the way that ATS allows it's membership to "participate" in conspiracy conversation about conspiracy topics without actually learning anything new. But ATS is also fooling the ordinary readers into feeling fulfilled by the mere act of posting - no matter what the subject - that sense of fulfillment is satisfactory to a lot of ATS users. But for the ATS researchers and scholars, that is nothing but a dead end thread.

Tl;dr We need scholars who are dedicated to topics, not agendas. 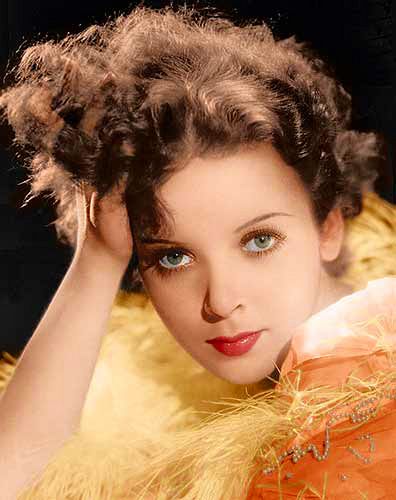 Researchers, Scholars: How many books have you bought this week? 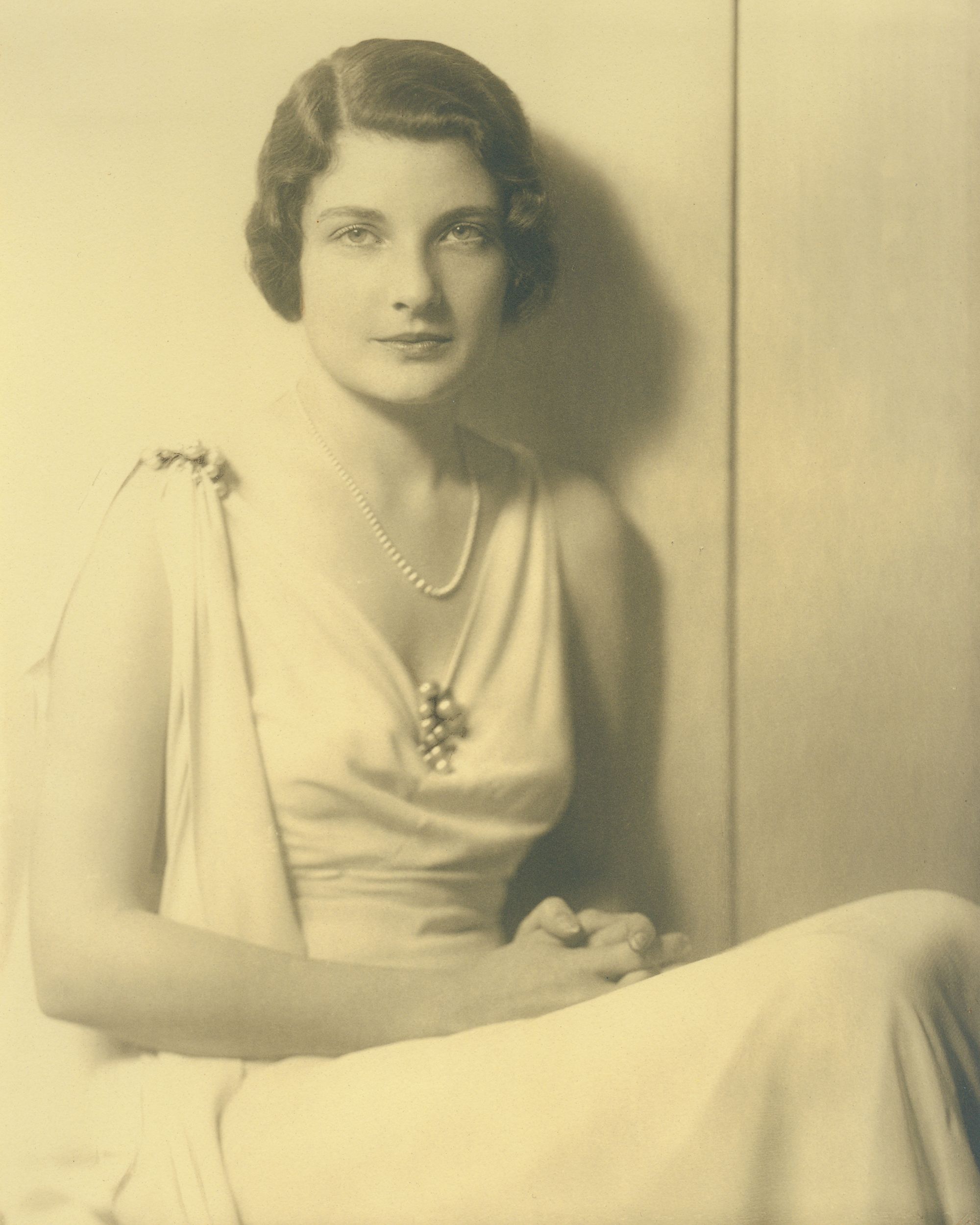 This is Ella Rice Hughes, of the Texas Rice family, founders of Rice University and the first wife of Howard Hughes. The biographies conclude that it was a marriage of convenience - for Howard - who wanted this marriage for personal reasons other than love. By all accounts the relationship was cold and the historical record shows that it was childless.

Howard needed a respectable wife who came with a respectable, monied Texas family, because his intention was to spend every dollar of his inheritance from ToolCo in Hollywood... partying.... partying... playing golf and buying influence.

The two books I bought this week were:
"FIASCO" by Jack Anderson (1983), The real story behind the disastrous worldwide energy crisis - Richard Nixon's "OILGATE".
"The Times We Had" by Marion Davies (forward by Orson Welles) (1975) - The unofficial empress of Hollywood in it's glittering era! The lifetime mistress of one of America's mightiest men! 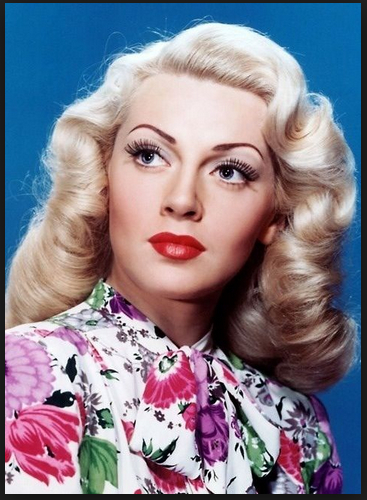 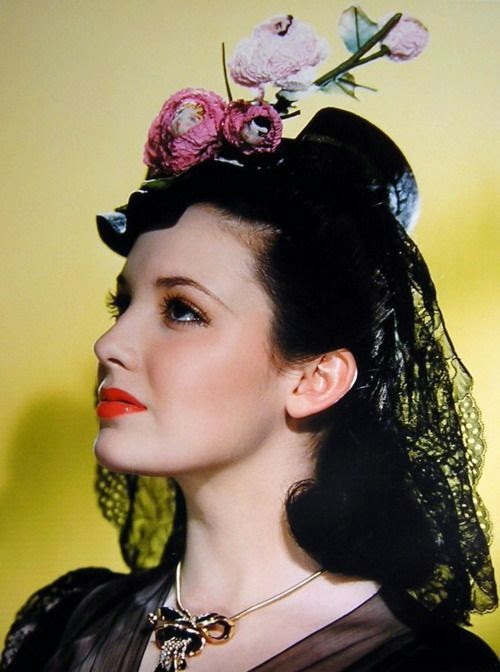