Washington (CNN) -- An election-year showdown over a Democratic priority -- raising the federal minimum wage to $10.10 an hour -- saw Senate Republicans block the measure on Wednesday, unleashing a torrent of criticism from President Barack Obama and his party.

The measure failed to get the 60 votes needed to open debate in the 100-seat Senate, with only one Republican joining majority Democrats in an unsuccessful effort to overcome the GOP filibuster.

While another vote on the proposal is possible, Obama and Democrats quickly sought to exploit the measure's initial stumble into political capital for November's congressional elections.

"If your member of Congress doesn't support raising the minimum wage, you have to let them know they are out of step and if they keep putting politics ahead of working Americans, you will put them out of office," the President told a White House event that focused on the matter.

This and several republican held governments are banning any minimum wage raise will doom the gop faster than the war of 1812 doomed the federalist party. This will shift attention away from obamacare.

And businesses not using cheaper illegal workers will certainly consider that if they are unable to increase prices and stay in business.

There could actually be a decrease in taxes collected.

Besides, many areas are well above the federal wage anyway.

Not sure of my opinion at this time, but people making better than minimum now may be making minimum if happens.
edit on 30-4-2014 by Im2keul because: (no reason given)

Good LORD our country has fallen!

How so? Its not the job of the Federal Government to dictate your private contracts in regards to work. Lobby your State if you want, but a blanket approach of placing the Federal Minimum Wage above any known state's is just strong arm tactics yet again by an ever growing Federal Government.

Who cares about the Tenth Amendment anyway...or the Ninth for that matter.

posted on Apr, 30 2014 @ 08:33 PM
link
Raising the minimum wage to 10.10 is a ridiculous waste of time. By the time it is implemented the cost of living will have gone up by more of a percentage than the raise of wage was in the first place.

Whats really going on here is they are just reminding those who work at minimum wage exactly where their place is. Minimum wage is probably around half of what a real living wage should be anyways. It's a joke. As well, this effort is a dishonest show of concern by those in power.
edit on 30-4-2014 by Quauhtli because: ...

It must be the free market or something eh?

I wonder how the economies and government debts play ?

Politics at it's most basic level...

They paint themselves as such without the Democrats help.

Maybe 'ol Harry Reid made a mistake by trying to make an issue.

If you’re wondering why Republican Senators were perfectly happy to kill Harry Reid’s job-killing bill masquerading as a minimum-wage hike earlier today, this is why:

[Senator John] Thune [R, South Dakota] cited a Bloomberg poll showing 57 percent of the public views the potential loss of 500,000 jobs, a figure projected by the Congressional Budget Office (CBO), as an unacceptable tradeoff for raising the minimum wage to a $10.10 hourly rate. The CBO dealt a huge blow to the legislation, the centerpiece of the Democrats’ 2014 agenda, when it warned in February of its impact on jobs.

…it’s because Harry Reid screwed up. His policy of shutting out the opposition on anything that was even vaguely politically relevant has blown up in his face; the GOP probably would have signed off on something suitably ‘bipartisan,’ but Reid didn’t want to do that. Now he’s in a situation where the Senate Majority Leader has to fall back on the filibuster to avoid an up-or-down vote, because based on my impromptu assessment of the situation it’s not entirely clear that Reid even has 51 votes for passage. In fact, I suspect that he doesn’t.

Harry Reid and the Democrats might in fact be the *Real* enemy of minimum wage !!!!

Perhaps a higher universal minimum wage will kill jobs at some levels and in some industries while "helping" other industries ?

I wonder if the political agenda to raise to 10.10 is taking into consideration any "justified" *Sacrifices*.

The "Social" impact may be good, but the "Economic" impact might take unwilling *Prisoners*.


Raising the minimum wage to $10.10 will cut about a half-million jobs out of the economy by 2016, according to a new Congressional Budget Office report Tuesday that could deal a major blow to Democrats’ chief domestic agenda item this year.

A majority of low-wage workers would see their pay rise thanks to the increase and would be substantially better off, including many who would be lifted above the poverty line. But a minority would also lose jobs as businesses choose to invest elsewhere, the CBO said in its analysis of a proposal very similar to the one congressional Democrats have offered.

“Once fully implemented in the second half of 2016, the $10.10 option would reduce total employment by about 500,000 workers, or 0.3 percent,” the nonpartisan scorekeepers said, adding that there is substantial uncertainty and the loss could be anywhere from “very slight” to as much as 1 million jobs.

originally posted by: beezzer
What ever happened to making 50, 60, 70 thousand a year?

Good LORD our country has fallen!


That's a depressing way of putting it. I hadn't even thought of it that way until you said it.

True..but depressing. Yeah, they are appearing by the thousands and 10's of thousands for the lowest job fairs in society. Stuff always thought of as entry level for teens. Never intended for adults supporting a family.

We have fallen very far, so very fast.

Otherwise, Republicans could propose raising the minimum wage to $100 an hour, and then let the Democrats oppose it. Then they could say that the Democrats hate poor people. 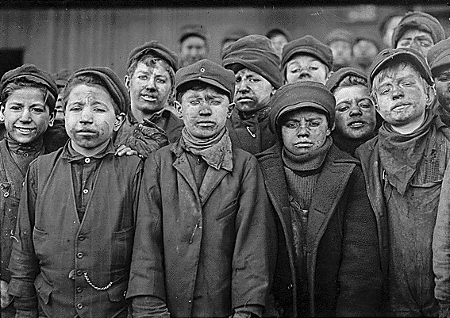 originally posted by: VictorVonDoom
It's all a show. It's the Federal Reserve Bank that doesn't want the minimum wage increase.

Otherwise, Republicans could propose raising the minimum wage to $100 an hour, and then let the Democrats oppose it. Then they could say that the Democrats hate poor people.

Thats not what happened. So since the republicans did block it they hate poor people?

I think Liberal Democrat policies cause people to be poor.

And they sure don't show much love with the chickenfeed assistance programs either.

How come the Democrats in power don't create any jobs?

Obama has a pen and a phone.

He could get all people back to work with one signature.

Yeah, this is the bandaid for the serious wound crowd (Democrats) vs the denial-we're-wounded-crowd (Republicans). The real issue here is currency devaluation. in 1956, grandpa made the minimum wage of $1 an hour. Gold cost $15 an ounce. Now gold costs $1284 an ounce. Can you divide that by 15 and see how much gold grandpa was getting paid an hour? (Check all these facts on your own) Would you like to check the prices of other commodities? Anyway you slice it, you'll find minimum wage back then had a whole lot more purchasing power than minimum wage now. In other words, they've been printing dollars to devalue wages, and telling you how fortunate you are to earn 8 times what grandpa earned, even though your money per hour purchases a forth of what he could buy. Its a numbers game, you get paid more dollars, but those dollars are so devalued you're actually making less.

HELL YES they should raise the minimum wage. Oh, and those of you who would threaten to raise it to $100 an hour... GO AHEAD! All this will result in is an idea of real value as independent from nominal value, which will reveal to everyone that the people making $30,000 today are making less than minimum wage workers in the 1950's, and the illusion will be shattered. Necessity is waking people to these facts right now.

I think Liberal Democrat policies cause people to be poor.

And they sure don't show much love with the chickenfeed assistance programs either.

How come the Democrats in power don't create any jobs?

Obama has a pen and a phone.

He could get all people back to work with one signature.


Well Obama tried to create jobs with a jobs bill that the do nothing republican lead house refused to work on. Hmmm imagine that. Just like now, republicans are against creating new jobs and are against paying workers more.

You're suggesting a return to the gold standard rather than a simple increase in how many Monopoly dollars we get.

I can get behind that.

This current idiocy of just increasing the paper pay won't do anything for anyone. Otherwise the last time it was raised would have been the end all be all but here we are again arguing over another pointless stop-gap that solves nothing.