A vertebral-body similarity on Mars, a Doctor comments


originally posted by: Aleister
a reply to: Indigent

As for being porous, here's a slightly larger blow-up, which shows some porosity: 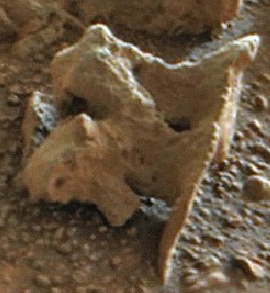 original picture rotated for another perspective. I was using this for my avatar recently, for about a week: 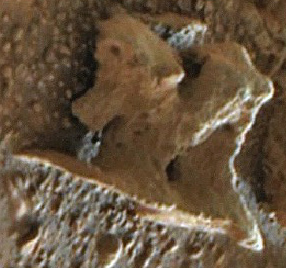 Dem bones dem bones dem mars bones, i will match your vertebrae and raise you a tibula and fibula

...gonna dance around. But no, I'm tempted to play but want to be a serious poster on this thread. I do love it though, that people enjoy these things (insert one of those little red "love" hearts here, or, better yet......

However on the Gigapan image there do seem to be lots of similarly hollowed-out looking rocks. Here's one (arrowed in the foreground), along with some strange thin almost feathered structures lurking under the big rock (arrowed further up). 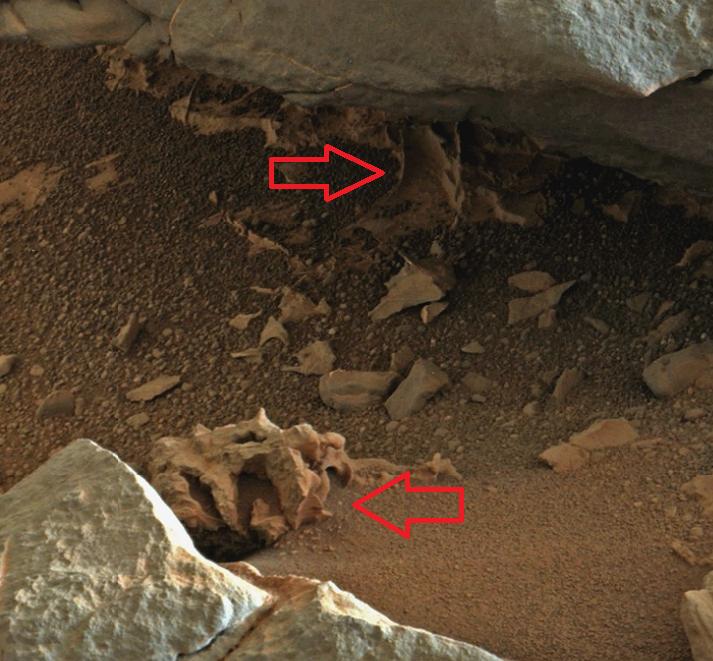 Edit to add: I also just wanted to share this Gigapan "selfie" of Curiosity, because it is just so damn cool: www.gigapan.com... 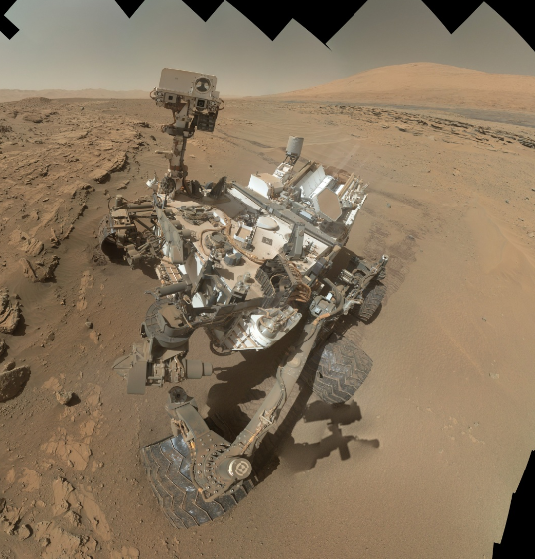 Good finds, and that area seems covered with little oddly-shaped rocks. Couldn't resist posting the bearded centaur face on the left side of this portion, with an example of the water eroded rock to the right of it.

originally posted by: MysterX
a reply to: jeep3r
In a previous Curiosity image, I found a couple of what reminded me of marine animal skulls, at least fossilised ones anyway. Searched through Google images to find a match, and although like your search, it wasn't exact, i came across the closest match to a species of whale too.

Think i posted the images of what i'd found on Mars and what i guesstimated to be the Earth analogue to the anomalies thread a month or two ago. I'll check.

Examples of marine life anatomy are usually the closest match to certain features one sees in those images, that's my experience too. IMO, the problem is that rocks are embedded within other rocks, intermingled so to say, and on top of that they're apparantly "coated" with what seems to be parts of former sedimentary layers and, of course, lots of dust.

Apart from that, I didn't know there's an analogue "Earth" version of the anomalies thread. I guess that one would be found in the Fragile Earth forum. Would be great to see the links you posted, if you manage to locate them ...

The fact it is somewhat porous adds to the maybe illusion... and to be fair, maybe it IS a vertebrae and you guys can hash it out on an academic panel before being soundly thrashed and shoved under some Earth rock.

Either way, cool find... truly.. and who knows... you guys are amassing some notable ...rocks.

It all rises or falls in the sedimentary layers once the Rover reaches Mount Sharp. First it goes through Murray Buttes, which themselves should be a very interesting journey. If there are discoveries of potential fossils in the sedimentary layers, with some of the same shapes - especially the marine shapes (Gomer Pyle comes to mind, and then leaves the mind) - it will make these earlier finds into a type of storehouse of what was on the plains (the former seabed/lakebed).

Join in anytime, with your eye for detail there may be entire skeletons and coral reefs and bi-valves that we've missed that you would have found with one eye closed and two or more hands tied behind your back.

originally posted by: Baddogma
Good find, again... again I call rock, but the similarity to a vertebrae is remarkable... quite the coincidence.


It wouldn't be the first time I saw a rock that looks like a vertebrae, like this one I have. 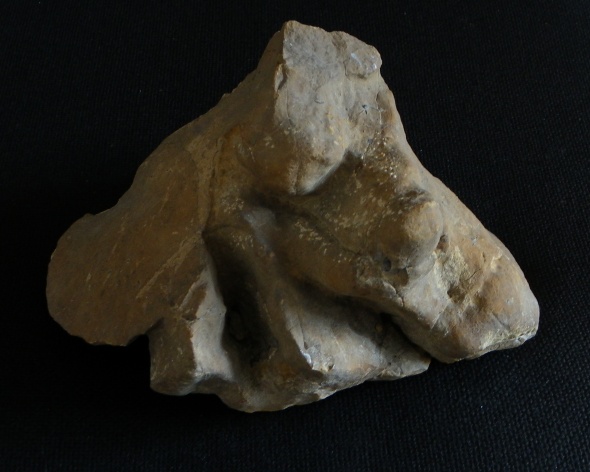 originally posted by: Aleister
a reply to: ArMaP


And that was the best photo I could find.
(That shows I'm not a good photographer)

posted on May, 2 2014 @ 06:13 AM
link
I thought I remembered much more impressive vertebrae on Mars than this. I want to have the good doctor have a look at those! I remembered seeing basically an entire spine of vertebrae. Although if this is new it should definitely be added to the list... just not the most impressive in my opinion.

Aleister? Weren't you one of the members who would make fun of these threads? In a lighthearted way? I swear I remember seeing you in a lot of Mars threads making comments like "yeah it does look like a bone... and up to the left there's a garden gnome, and next to that I swear there's a side profile of Hitler eating a wagermelon! Gee this is fun!" So what made you begin to take this seriously and stop ridiculing others about this topic? Or am I just having a case of mistaken identity??

I've noticed a few members go from ridiculing certain topics to discussing them in a respectful tone and even admitting there is a possibility that it could be real. It's cool. Though you've always discussed strange topics which is why it surprised me seeing you make fun of Mars threads in the past. If it was you. If not then never mind me!

ps I love ats, you guys are the best! Other than the gals of course, they are always better or so I'm told XD

That object is one I've pointed to and supported since I've seen it, and consider it at least having a one-percent chance of being a biological fossil. I've often asked for more experts to look at that one, and for people here to try to get professional eyes on it, and comments and analysis from biologists and others.

If a Mars rock is obviously a rock I'll say it, and sometimes offer badly phrased semi-humorous statements of non-support. I and others who inhabit and/or inhibit the main Mars anomalies thread often have fun finding earth-like images that the brain takes for "faces" or "animals" or "flying monkeys". There have been very few actual 'potentials', imnho, and even though those are few and far-between, they are very worthy of further analysis and comment.

Thanks for coming by and for your good comments. Here is an Arken-colorized picture of a portion of "Arken's Spine": 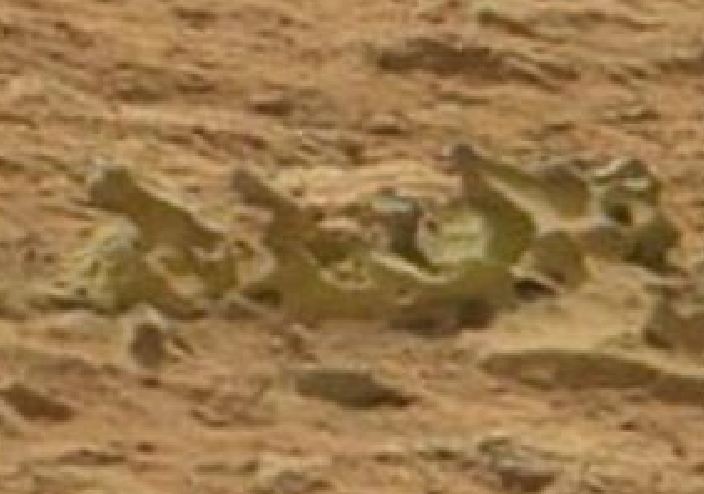