posted on Apr, 28 2014 @ 09:48 AM
link
I just read this article and made me think a little bit deeper on the easy world we live in, have you ever got an overnight deliver? How does amazon manage to get to you those 1 buck (insert the random item you wanted so bad here), well they promise soon will be delivered by drones like this: 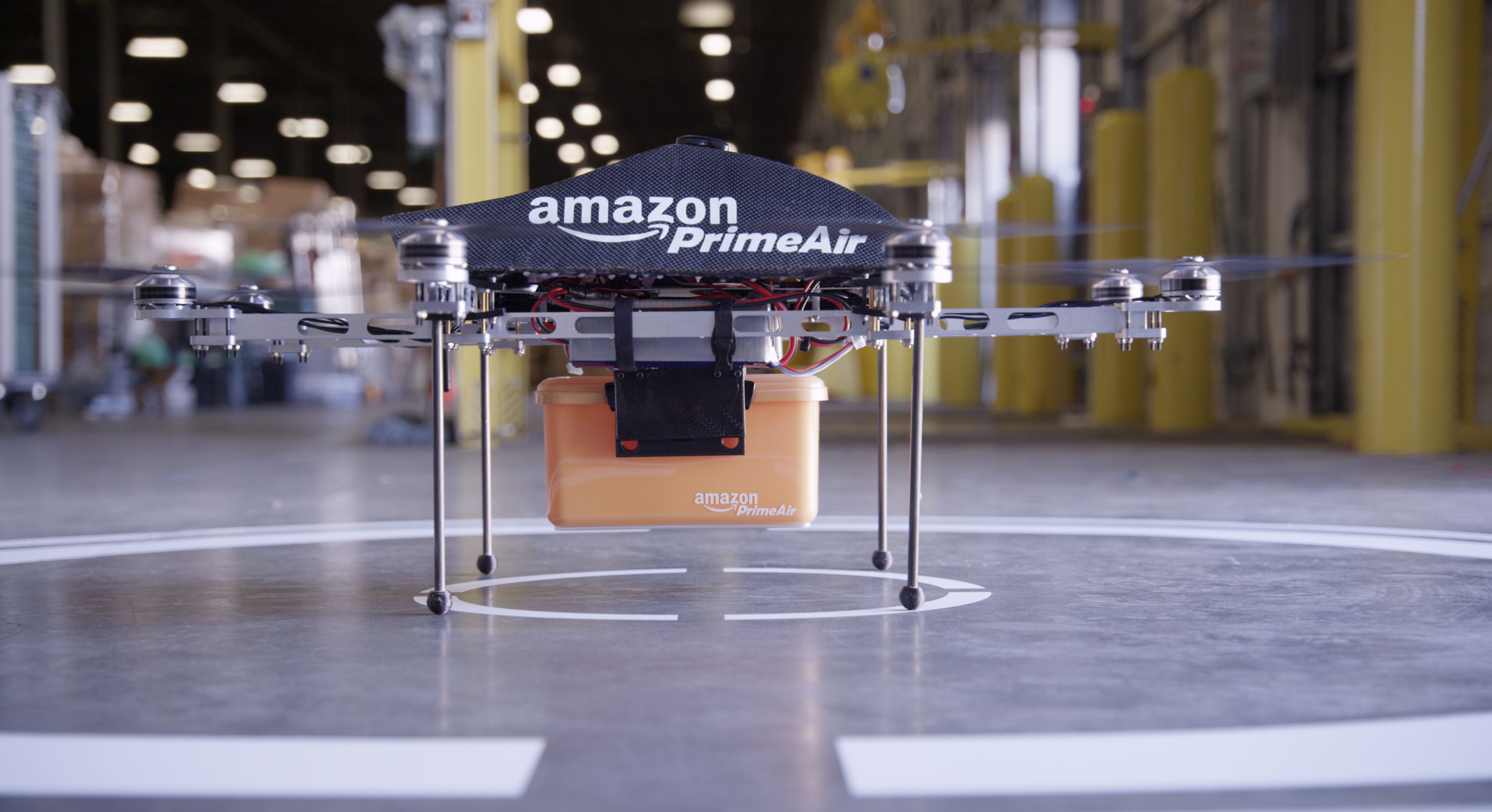 But now they are handle by these kind of drones: 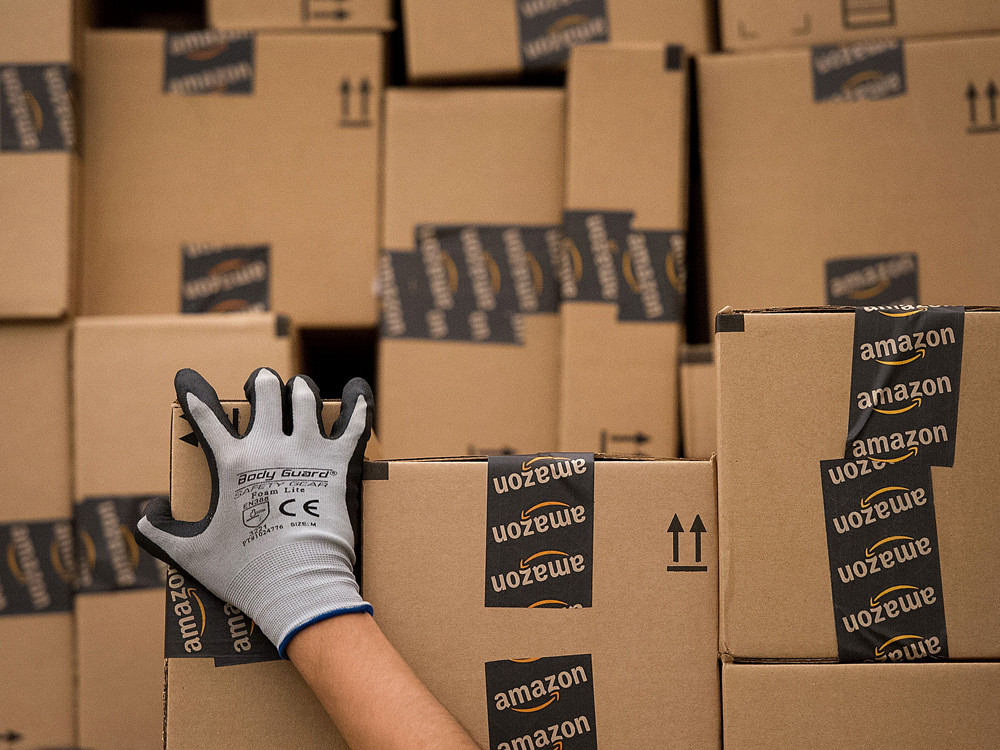 At least five days a week, Myron Ballard races around Washington, D.C., with a cargo van full of Amazon Prime packages. A career delivery driver with 20 years behind the wheel, Ballard typically gets paid $1.50 for each address he visits. If he delivers 150 Amazon boxes -- a fairly routine number -- he can pull in $225. Not bad for a day's work.

That is, until he starts tallying up all his out-of-pocket costs. Ballard works for an Amazon contractor called LaserShip. He's technically an "independent contractor," not an employee, meaning all of the costs stemming from the deliveries fall on him rather than on LaserShip or Amazon.

Ballard had to purchase the cargo van he drives for work. He doesn't get reimbursed for the wear and tear he puts on it; for the gasoline he pours into it on a near-daily basis; for the auto insurance he needs to carry; or for the parking tickets he inevitably racks up downtown. He doesn't even get reimbursed for the LaserShip uniform he's obliged to purchase and wear.

So most couriers companies delivery people are not employed, they are independent contractors that have no benefits, they earn for packet delivery and not by time, all cost are on their end, if their transport breaks down repairing fees are on them, and on top of that the companies charge them fees for everything.

Some of these deductions are on the smaller side, like a $6 weekly "administrative" fee, ostensibly to cover the cost of paperwork and the pay stub itself. Others are more considerable, like a $23 weekly "insurance" fee, separate from the driver's own auto insurance. The "radio" rental, covering the hand-held computer drivers use to scan boxes they deliver, costs another $22.50 per week. Numerous drivers told HuffPost they have no choice but to lease it from the company.

That means that over the course of a year, a driver could pay as much as $1,170 for the privilege of renting a piece of equipment that the company requires him or her to use.

And all this so you can get your package in no time for a cheap price. read the article its very nice and show you a part of the world you most likely interact with and never give it a thought or two.

The way we live in cannot be sustained, maybe Goggle and Amazon knows this and are making a push to introduce the mechanic slaves that will replace people like the delivery guy quickly, after all he is just a flesh and bones slave in the modern society
edit on 28-4-2014 by Indigent because: ATS ate a part of my post :O

Back to reality...
My kids were watching a Nickelodeon show and it had a segment where drones were used for deliveries. I guess they are getting us used to the idea of having a bunch of them flying around.

posted on Apr, 28 2014 @ 10:07 AM
link
I had a couple of 10 wheel trucks back in the 70's and a contract with the Post Office from New Brunswick to Prince Edward Island .I made a decent buck at it but trucking has changed so much over the years that all you end up with is enough money to pay the bills with all the headaches that goes with running a business .I talk to some of the guys today and they got out of being a broker and just do local deliveries for companies that have their own equipment .

Talking to the younger guys doing long haul it's a joke .They live in their truck for 2 weeks and when they get home have little money left over .Long layovers waiting for loads without any down time money .They may as well buy a bunch of camels and try that .The large trucking companies get large subsidies and only pay enough to keep the guys above water .It's sad ..

I see Fedex bans everywhere, I always though they were fedex bans but they are just someone ban that they give a bonus if they do the paint job. smaller companies are worse as they dont have incentive and charge fees for everything.

posted on Apr, 28 2014 @ 09:50 PM
link
I don't know why the article makes it seem like the contractor is getting screwed so hard. At a rate of just $200 per day (so less than the "fairly routine" 150 packages delivered) a person would make (gross?) $6,000 a month. Grossing $72,000 per year for driving around and delivering packages is way worth a few rental fees here and there. Hell, I'd wear a rented banana suit to make that kinda money for something so easy!

originally posted by: Kroovistos
I don't know why the article makes it seem like the contractor is getting screwed so hard. At a rate of just $200 per day (so less than the "fairly routine" 150 packages delivered) a person would make (gross?) $6,000 a month. Grossing $72,000 per year for driving around and delivering packages is way worth a few rental fees here and there. Hell, I'd wear a rented banana suit to make that kinda money for something so easy!

Not a legit argument with your numbers.

You forget the gas price, insurance cost, repair fees and so on that have to cover the driver.