If you don't own any clothes, can the state force you to buy them?

originally posted by: Maxatoria
I'd imagine the best get away would be some sort of religious angle but who's going to be the first to try it at court?

It would have to be someone sane who doesn't have a reputation or history of mental illness or even eccentricity. A test case, like the Scopes Monkey Trial, in which an average schoolteacher was talked into being the subject of the case in order to bring the issue before a court.

And having religion enter the picture would create another issue, so I'd say if someone would do this it'd have to be on the question of forced-spending alone. That, or false imprisonment because of an unjust law. (this thread has gotten much more serious than I expected, so .... 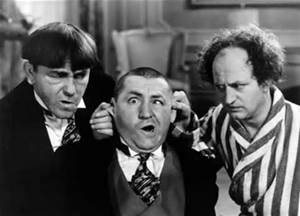 posted on Apr, 26 2014 @ 10:57 AM
link
No, they simply arrest you for indecent exposure and provide you with a comfy and warm orange jumpsuit to wear while you are in jail.

I suppose things would get a bit more complicated as time went by and you refused to accept a charitable contribution of garments when you got out.

Refusing to wear clothes would be considered a mental defect in certain climates by the way, and may get you into a longer term living arrangement other than jail....

I in no way think any of these laws and penalties are justifiable for doing nothing wrong but grating on the sensitivities and hang-ups of a bunch of thin skinned and immature pansies that we have become.

Clothes do provide some protection though, maybe one should wear them for that reason only and avoid martyrdom as an added bonus.

a reply to: Aleister

originally posted by: Aleister
But that would be forcing someone, or else subjecting them to a life of voluntary imprisonment if they want to enjoy the benefits of the taxes they pay and the city they live in.

They wouldn't be forcing you to wear clothes. You have a CHOICE. You can either accept charity, stay in your house, wear burlap bags, or other covering, or buy clothes. Just because you don't like the other choices doesn't mean you don't have a choice.

No way. Public nudity is against the law. If you choose to disobey the law, then you pay the consequences.

Simple answer: i think the ACA has already proven that yes, the government can indeed write laws, mandating you hafta buy whatever they want you to buy...

as to why that's allowed, or why the people go along with it...that's fodder for a whole other thread...

posted on Apr, 26 2014 @ 05:12 PM
link
As far as wearing clothes in public goes ... I don't really want to sit on a seat that someone's naked rear end has been occupying just a few seconds before.

Speaking as a female, there are just times when it's a service to the rest of society to wear some clothing.

posted on Apr, 26 2014 @ 08:02 PM
link
a reply to: Aleister
Just move to Key West.
You may have to fashion some sort of garb out of cardboard and garbage bags to hitch your way down there though. Good luck getting a ride..

posted on Apr, 26 2014 @ 08:08 PM
link
Comparing purchasing clothes to health insurance is not going to produce a valid debate.

Clothing is necessary for our survival, insurance is not.

You are absolutely fine to be naked in Oregon as long as you are not having intercourse or exposing with the intent to arouse. It is perfectly legal to just be naked there, so a valid reason would be not owning any clothes.

(1) A person commits the crime of public indecency if while in, or in view of, a public place the person performs:

(a) An act of sexual intercourse; or

(b) An act of deviate sexual intercourse; or

(2) (a) Public indecency is a Class A misdemeanor.

Sec. 3. The Oregon Criminal Justice Commission shall classify felony public indecency as a person felony and crime category 6 of the sentencing guidelines grid of the commission. [1999 c.962 s.3]


So, the state won't force you to do anything. You can be naked and free now!

Thanks for the information about Oregon. Interestingly written law.

Aside from general comments on this thread, I have no interest in walking around in public naked, although I've done so at a nude beach. The thread concerns the question of the single instance I can think of where a government can force someone to purchase a product, or to do work to make something, or to accept charity - except, apparently, in Oregon - or be denied access to public areas, and if this was, historically, one of the main causes of the formation of laws and of government itself.

Many stores have signs such as "No Shirt, No Shoes, No Service"

Well, what if you only believe in owning pants?

Can these stores be prosecuted for denying someone service who doesn't own shirts or shoes, but just pants and socks? If a person is a pantser (a person who just owns pants, and socks, and maybe a hat) will they be legally allowed to practice their lifestyle without being forced to purchase and use a shirt, and shoes?

originally posted by: Aleister
Or here's another angle.....

Many stores have signs such as "No Shirt, No Shoes, No Service"
.... will they be legally allowed to practice their lifestyle without being forced to purchase and use a shirt, and shoes?


What about about the lifestyle of the shopowner who does not want someone not wearing a shirt to enter their premises?

posted on Apr, 27 2014 @ 09:03 AM
link
Most shops are private property so the owners can pretty much set the rules, and a dress code wouldn't be discriminatory so it would probably be fine


originally posted by: Aleister
Or here's another angle.....

Many stores have signs such as "No Shirt, No Shoes, No Service"
.... will they be legally allowed to practice their lifestyle without being forced to purchase and use a shirt, and shoes?


What about about the lifestyle of the shopowner who does not want someone not wearing a shirt to enter their premises?

Alright, so if shopkeepers can discriminate against the shirtless ("Let My People Go") (lol) maybe legal entities cannot. Sitting or testifying in court with no shirt or shoes, sitting in the galleries of America's Congress or state legislatures, or even acting as a lawyer before the bar of America's Supreme Court - all venues for the Chesters of America.

originally posted by: jrod
Clothing is necessary for our survival, insurance is not.

Better tell that to the animals...

Clothing is necessary for our survival(at least in most places of the world). One thing that separates us from the animals.

Insurance has always been a ponzi-scheme scam. Health insurance is no different.

If you refuse to wear clothes you will be arrested for a criminal act of public indecency. From there you will be given prison scrubs to wear until you appear for trial.

At trial it will be determined that you are either a criminal, or insane. If a criminal, you will serve time in orange prison scrubs. Upon release you would likely be issued low cost clothing donated (see the next point for ideas).

If determined to be insane, you will be put into a hospital. It may be different in various sites, but the gist would be: at first you would be issued a pair of pajamas/a robe. The social worker would then determine your finances and determine if a treatment team needed to purchase on your behalf. THey may also have a shop where donated clothes are managed for needy patients. Our local mental hospital has a group of volunteers that handle all manner of things (including running a Goodwill type of store, selling second hand items to raise money for patient needs.

On Mazlow's pyramid, there is room for clothing as a basic need. Healthcare is absent on that hierarchy of needs. For whatever that is worth.

....except, apparently, in Oregon.

Thanks for the detailed answer. If I ever give away my clothes and start walking the walk, I'll refer to your answer during my incarceration.

Nah, this was just a mental (pun intended) puzzle, a "What if". I first thought of it during the Obamacare proceedings before the Supreme Court, and then wrote a satire article on it, and finally brought the question here for expert analysis, of which yours is a good one (except for, apparently, Oregon. The streets of Portland and Eugene must be teeming with nakedness...)