Apparently some organization was protesting and demanding that the new police officers arrest Holder !!!

Well that was enough for Holder to cancel the event.

Poor Eric. All dressed up and nowhere to go.

In an shameful act of cowardice, the Attorney General, the top law enforcer in the nation’s Justice Department, has cancelled a speech he intended to give at a police academy graduation in Oklahoma City after protest organizers called for the new law enforcement officers to place the Attorney General in handcuffs for his wanton disregard for law and order in the U.S.

Holder was expected to address 42 new police officers in Oklahoma City on Thursday. Protesters have demanded that the Attorney General be arrested and while Holder will still be in Oklahoma City, he will not be giving a speech at the police academy graduation.

The *Nerve* of some people eh 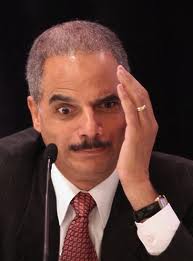 The countries Head Cop is scared of the laws he himself is bound to obey?

Instant Kharma is gonna get you!

The countries Head Cop is scared of the laws he himself is bound to obey?

As a good scumbag Eric knows when to "lay low." Anyway when did he ever follow any of the laws of this country.

This gives me some hope in regard to law enforcement anyway.

Just can't figure why congress hasn't pressed for his arrest?

Such a coward - a brave man who believed in his actions would have shown up. Nuff said.
edit on 24-4-2014 by Maluhia because: (no reason given)

posted on Apr, 24 2014 @ 10:07 PM
link
Wow, that's gotta be hard on the 'ol ego, ya think? The US 'Top Cop' can't freely attend a police academy event, of all things, for the level of protest and distaste for him personally.

Better men than he might take it as natures way of suggesting resignation. He'd be in good company. Others have left the position a bit early by circumstances before.

Better start following the law there Holder. The Eye of Sauron is upon you, and it, is probing.

When these guys get in trouble....We know what is going to happen next.

posted on Apr, 25 2014 @ 09:36 AM
link
Too many people are threatening to arrest the politicians. They must be nervous. I see it happening. Eric Holder is a criminal and a scumbag. Too bad they didn't arrest him.

Michelle Obama has also had to cancel her speaking plans at a high school
graduation due protests from the students!

Holder has some bad karma and passed it to her?
People just plain fed up with the B.S.?

Is there an anti-Obama rebellion brewing out there in the Heartland?

Looks like it in the lame duck's absence. This week two prominent administration members -- including First Lady Michelle Obama -- were forced to cancel planned speeches there in the face of protests and even a high school student petition opposing her scheduled graduation speech.
news.investors.com... 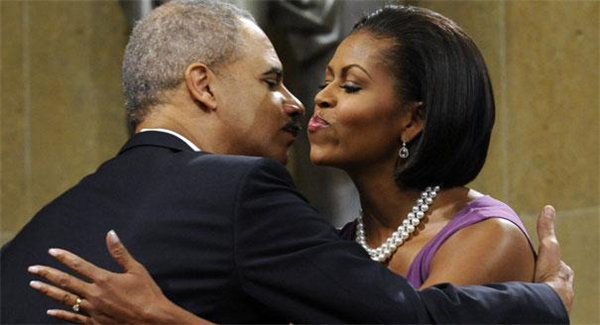 In all seriousness, I consider this a win for the people of America, the everyday citizens. Maybe this reflects a glimmer of hope that they'll start taking us seriously, and if not, face the consequences.

As another member pointed out, a man who believed in his own actions would have shown up.

Let us not forget that, when Eric Holder was a lower-ranking player at the Justice Department, he lobbied for the pardon for archcriminal-fugitive Marc Rich.

Holder also connected up Marc Rich with attorney Jack Quinn who went on to represent Larry Silverstein in Silverstein's tort claims for 9/11 damage to the WTC.

P.M.
edit on 26-4-2014 by theworldisnotenough because: Elaboration

So now we can add evading arrest to his rap sheet. Way to go, Holder.

posted on Apr, 27 2014 @ 01:34 PM
link
As much as I would like to believe that these lying, thieving, scumbag politicians are afraid of us, their record of arrogance shows otherwise.

This could have been just a scheduling conflict which interfered with, oh say, the execution of his next false flag mass murder.

Obama is no ordinary weakling

Those who compare the bare-chested conqueror of the Crimea with the metrosexual ruler of the United States and find our emperor weak to the point of deserving ridicule miss the essential strength of President Obama.

It’s no ordinary weakling who can turn a once-respected country into an international joke; reduce Congress to a gaggle of sniveling sycophants; turn the world’s finest medical system into a failed third-rate socialist nightmare with a stroke of his pen; shatter our Constitution without attempted recourse by the sons and daughters of frontiersmen and pioneers whose blood was used to write that inspired document; and turn the people of our once-united states into a herd of competing minorities who, like suckling pigs, are each afraid to lose his place on the government teat should he raise his voice to protest the ruin of our country.

So don’t denigrate the nonentity ruler who has overcome his uncertain ancestry and ludicrous incompetence to do what no other king or dictator has been able to do in our 237-year history: He has destroyed America.

Letters to the editor's
No, Not trying to change the Topic, but let's start at the Top, the Rest of The Rats will Abandon Ship!
Get rid of those Cowards in Congress and the Senate, Yes, Just Clean House, No More Lawyer's! Just The Common Man or Woman with an Education in Life and a Love of America and Our Constitution and Bill of Rights! 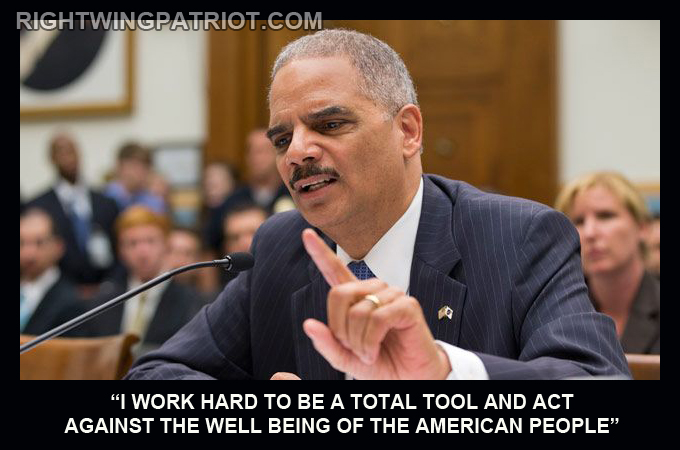