posted on Apr, 23 2014 @ 10:24 AM
link
At approximately 9:45 am CST I saw what resembled what's being called the SR-72 flying along the Illinois/Wisconsin border. As I was driving to work, heading south from WI into IL, I saw a very unusual contrail in the sky. It wasn't as high as the typical passenger jet but it was higher than most single engine planes (and there are two small airports in my vicinity). The weather today is clear and sunny, with no real clouds in the sky.

What I saw was a double contrail coming from a single source. As clear and noticeable as the contrail was, I could barely see the actual craft ahead of it. The craft was in the process of making a 180 degree turn when I saw it (this I could tell from the remnants of the "C" contrail in the sky), and headed quickly in a WSW direction into IL after completing the maneuver. In total, I saw this for about three minutes before it was completely out of my sight. I couldn't take a photo because, well, I'm a safe driver and don't have my cell phone within reach as I drive.

Take this story for what it's worth, but I rarely post here at ATS and the sighting was enough to compel me to share it for those interested in the subject matter.

S&F for you. Sounds awesome! And well done for not driving dangerously!

If this was indeed the aircraft that people have come to call the SR-72, then it is somewhat strange for it to be flying low enough to pick out with the naked eye, simply because its engines are likely designed to be most efficient at higher altitudes, which is the environment that the craft was designed to operate in.

That said, I do not know what stage of development the craft is in at this stage, so anything is possible I suppose. Have you asked zaphod58 about this? He is pretty much the resident avionics expert after all, so he would be the best person to comment further on this matter.

Next time safely pull over so you can get one of those money shots.

The proposed design of the SR-72 is pretty ambiguous still..

What was unusual about the contrail?

posted on Apr, 23 2014 @ 10:44 AM
link
It's strange to me because I never see military-type aircraft in this area - except maybe during air show season (which is mid- to late-summer). That might be what made this stand out to me because it was really peculiar. It might not have been to so-called SR-72, but it wasn't a typical plane by any means.

The double contrail was almost bowed, that is to say, it looked comet-like as if something was in the center of it and the contrail wrapped around it. As for what was ahead of that contrail, I really can't definitively say. Despite the extremely clear sky, what was making that contrail I only caught a glimpse of during it's turn (plus, I had to watch the road). My immediate thought was it resembled the craft photographed over Kansas, but I could not make out any details beyond that whatsoever.

Was your contrail similar to these:

I think the contrail you are describing is typical of an aircraft with engines spaced to either side of the aircraft, like a commercial jet liner. The engines produce the contrails that quickly come together in the jet's slip stream.

If the bottom of the jet was white in color, it would also make it very difficult to see in a bright sky.

If you have a smart phone and can safely pull over you can find live locations of commercial flights here:

posted on Apr, 23 2014 @ 11:48 AM
link
Keep your phone cam ready and a sharp eye on the sky! There seems to be something amidst in your parts. I'm curious what more you may see.

Can you tell us what road you were on at the time? Flightradar24 has a playback feature so we can see what commercial traffic looked like over you at 9:30am this morning.

in all seriousness - Thanks for the report. I'm paying closer attention to the sky now since the recent sightings of new craft

No, it wasn't quite like either of the photos. Similar, sure, because there were two, but not the same. I live between Chicago and Milwaukee so I see commercial planes all the time, and this wasn't typical at all. Plus, it was lower than most I see, and the speed + flight path - the C turn - was very atypical.

I was near I-94 just a few miles north the IL/WI border heading south, near Kenosha. The craft seemed west of me and west of the Interstate. By how, I couldn't say with any accuracy.

The wind patterns higher up in the air can do strange things to contrails sometimes so strange jet trails aren’t necessarily an indication of a strange aircraft.

posted on Apr, 23 2014 @ 01:02 PM
link
a reply to: MrParanoid
If it was maneuvering it probably wasn't commercial. The only one really west of you and high enough to create a contrail was Delta Connection Embraer ERJ170-100LR.

Why not? I watch commercial planes maneuver like that every day to take spacing, or to abort for a problem.

If you mean the plane that's highlighted red in the screen capture, that cannot be it (at least based on the flight path pictured). It was much more southwest of that position show, and with the C turn I witnessed, it did not come from the east (over Lake Michigan) at all - in fact, it would have never reached the lake.

For others reading this post, I could have misidentified a commercial flight although I do not believe this to be the case. When I saw it, the contrail, and the turn (in the span of a minute), my initial thought was of the recent Kansas sighting/photo that spread around the internet. I cannot say for certain what I saw matched the KS craft, but it was closer to that than a typical passenger jet. 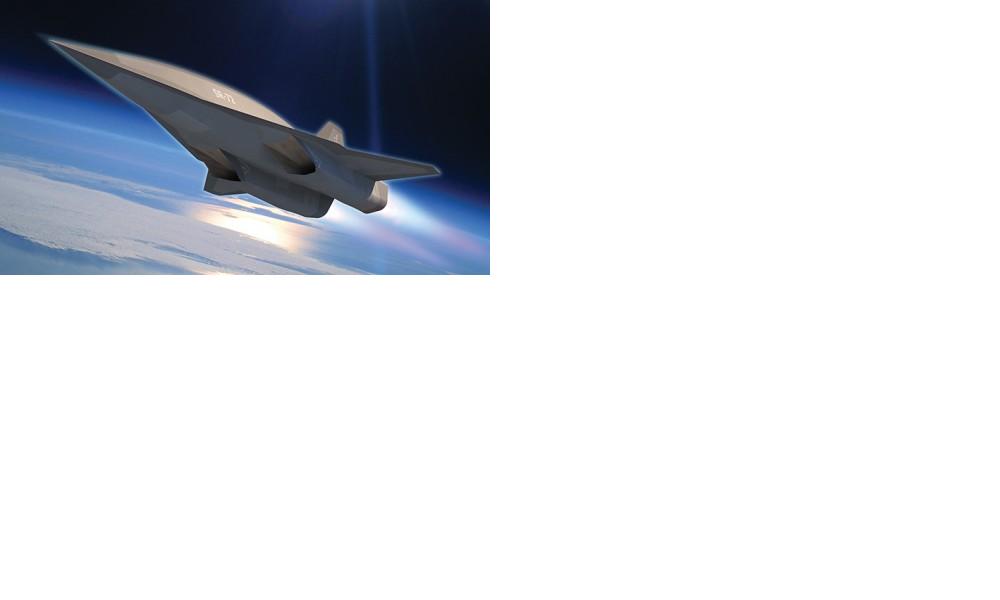 originally posted by: smurfy
The SR 72 is not supposed to even have a none full size demonstrator built yet, (2018 is the surmise) even if it was, it would have only a single exhaust for a 'single' engine.

What they say in the white world and what is being tested in the black world are not always one in the same..

Edit: the photo mock-up you posted in your rebuttal shows 2 engines..
edit on 4/23/2014 by clay2 baraka because: (no reason given)