Hey Putin Haters, I LOVE THE GUY, and there is nothing U can do

Their dream of covering the world with Chem-Trails won't work. TOO BAD

Their dream of covering the world with GMO corn won't work. TOO F'in BAD

Putin's Russia did economic bounce from dark ages of 1990s, too bad, I guess you were hoping they would still be cheap and miserable for
your CIA front companies.

Too bad about Syria eh, they should have fallen by now, and then onto Iran next.

Putin haters don't run on oil and gas, THEY RUN ON BLOOD

They need endless war sacrifices to keep them going. And Putin is a wrench in your gears. Too bad, really too bad.

Russian Church revival is a big stick in their eye too. Oh how too bad that is LOL.

Russia having a national and not private central bank is a problem isn't it.

It doesn't matter how much they character assassinate Putin in Main Stream Media. I LOVE THE GUY AND I AM NOT THE ONLY ONE.

EVERYONE IN MY FAMILY DOES, WE WATCH HALF Russia Today, and half CNN

ALL I CARE ABOUT IS THAT HE IS STRONG ENOUGH TO TELL THE BANKERS TO GO TO ... (insert worst place)


Can you imagine if we had Putin for President. First thing he would do is nationalize Federal Reserve.

it would be like having Ron Paul as president except as Third party, not republican.

PS: A year ago when southern Russia had that landslide and flooding, Putin ordered everyone affected be compensated, regardless of insurance or not.

I am gonna start a White House Petition Online, PUTIN FOR WHITE HOUSE AS PRESIDENT,
time to upgrade my standing on some government list to alarming levels LOL, like 10 flags or something
edit on 23-4-2014 by RadiationAndCancer because: (no reason given)

posted on Apr, 23 2014 @ 07:29 AM
link
You forgot that he doesn't need a teleprompter and is willing to sit down with the nation and field questions from Americans that have seen the writing on the wall such as Snowden .The west is sinking and sinking bad .The latest I heard from Ellen Brown is that all of your money that you have in bank accounts will be taken by the bankers in order to survive ..All legally of course lol

which one is going to be the first to tell you to move to russia ?

corollary : how many stars will he gets ?

reminder : 59% of american are against any cut in miltary spending (in other words, 59% love to finance their banksters wars), so me'd bet on a pretty high score for the winner

But... I hope he doesnt have any ideas about conquering europe - I hope he points those imperialist endeavors towards his long cold-war era friends. hehe - And if he does have any ideas about Europe... he only have only chance - to be better than Merkel. If he is better than Merkel and I can still have my porsche and my 150mb internet (and he lowers the damn taxes)... I'll welcome him with my red beret and I'll salute him!

Anything to get us out of this mess... hell at this point I'd even welcome Hitler or Caligula if it meant to get Europe back on its feet. I'd hang Merkel tho... and the Triumvirate. Those 4... in a public show... I think Putin would be capable of such a feat to be honest... give him room to grow. lol

Can you imagine if we had Putin for President. First thing he would do is nationalize Federal Reserve.


The "Federal" Reserve is a black hole and should be completely dismantled. Nationalizing of anything by the government is a HUGE red flag. Ask yourself - Do you really want the government having complete control over industry and banking??? Putin is a snake just like the rest of the puppet "leaders", you don't get to be Lieutenant Colonel in the KGB by being a nice guy.

which one is going to be the first to tell you to move to russia ?

corollary : how many stars will he gets ?

reminder : 59% of american are against any cut in miltary spending (in other words, 59% love to finance their banksters wars), so me'd bet on a pretty high score for the winner

Only an idiot at this point approves military cuts. Its not "in other words"... if you continue your stupid cuts on defense you're on for a cold winter...

posted on Apr, 23 2014 @ 08:39 AM
link
That's funny you prefer a system which is even more riddled with corruption than the western worlds system which you hate lol, where leaders have direct control over everything?

Fine then, go live there you'll find Russia and China ranked No1 & no2 in the country's with most inequality

These threads alway amuse me

posted on Apr, 23 2014 @ 08:43 AM
link
Putin is freakn' brilliant. But he's also a stone cold killer. Oh .. and Russia is a corrupt mess. It's worse than what's going on in the West. If you have a mancrush on him then why not go live over there and see if you can get a bro-mance up and running? In fact, the sooner you leave to be with the obsession of your love, the better. Have a nice trip.

posted on Apr, 23 2014 @ 08:44 AM
link
it's just weird in general to say you love any player on the global stage like that. like you really know who they are except for what you see on camera and read in the paper etc. the "haters" opinions are formed in essentially the same way. by being effected via the media. love or hate, both very strong emotions. strong emotions for someone you don't really know at all.

better kill the poor than feeding them

better kill the poor than feeding them

Sorry can you see Russia China on here?

What exactly does Russia and China do in the way of peace keepers and aid to the poor? 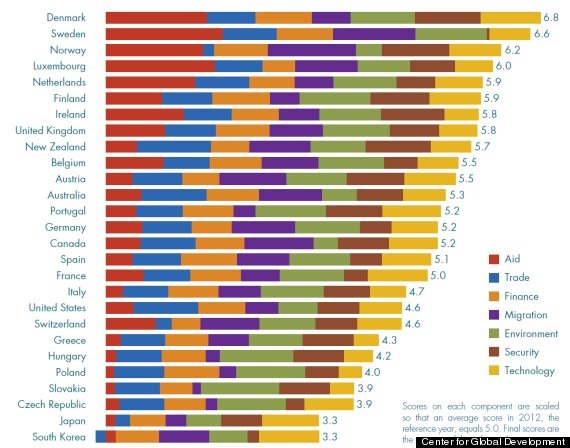 Western countries give far more in aid and infrastructure to the poor and impoverish of the world, and have done so for many many years china was one of them
edit on 23-4-2014 by TritonTaranis because: (no reason given)

posted on Apr, 23 2014 @ 09:05 AM
link
my favorite part of Putin is that it gives the world checks and balances...and competition. Humanity makes great strides when pushed...unfortunately through war usually....but we cant have one country being too dominate ever...both countries have their fill of hypocrisy... but thats it...both do...you cant say America or Russia has been right the whole time.

I want to see a race to live on the moon...I then want to live on that moon...then I want the moon to overthrow the earth become its own entity...and just think how cool it will be to dance in that low gravity...i got some moves planned.

Wait...Putin hates the West which is the preserve of world bankers, ergo he's my hero!

Come on, grow up and use your brains.

Wait...Putin hates the West which is the preserve of world bankers, ergo he's my hero!

Come on, grow up and use your brains.


Hit the nail on the head

i have no idea what you're trying to point so i'll write as i'll try to decipher your mind :

it's because russia & china don't spend enough money in social activities that usa is starting wars all over the place ?

usa is making wars so to oblige russia and china to spend more for their poors ?

the same for the 59% of yankees supporting usa military policy ? it's because they are worried about the poor chinese & the poor russian that they want their own country to kill as much people as they can ?

i thought it was for financial reasons so you're confusing me

i have no idea what you're trying to point so i'll write as i'll try to decipher your mind :

it's because russia & china don't spend enough money in social activities that usa is starting wars all over the place ?


No not just that but this to, what do you make of it? What does it tell you? 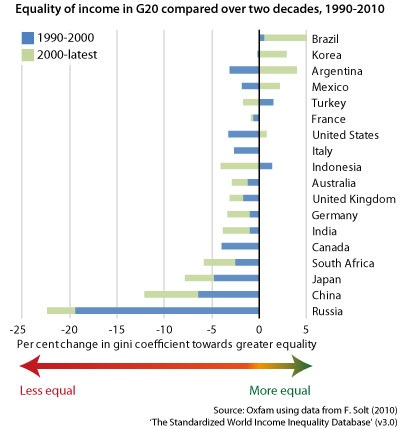 The guy can ride freakin' sharks!

Now this statement is a joke.Any corruption inside Russia and China pales in comparison to the U.S and it's corporate fascist system of total slavery through consumption.Corporations run the western world not the paid puppets you see on T.V. You may think your free and have a choice, but it's pure illusion no matter what propaganda the banker controlled media spoon feeds you.Why is it every leader the west tells me is bad, seems to be the most lucid, intelligent and honest leader out there? While Obama lies and lies and lies and lies....and yet no one say's anything?
These misguided, spoon fed posts always amuse me.