posted on Apr, 23 2014 @ 04:51 AM
link
Ok here is something I have never seen before. I was outside with the dog at about 0105, i witnessed a bright white streak across the sky heading WSW. My first thought it was a meteor, then I realized that it was below the cloud cover. I was looking NW, partly cloudy skys to the W, clear N/NE, cloudy E visiblity approximatley 10-15 miles (from my position). I am guessing clouds were approximatley 25-35,000 feet (unable to verify, guessing with no physical landmarks to use for reference i.e. mountains). The streak (from pov) was about 3.5-5 inches long (going to guess 2-5 miles long about 10-15,000 ft below cloud cover. It illuminated 2-3 seconds, no sound heard. I remained outside for 5 more minutes roughly and nothing else was seen.

I know there has been a meteor shower the past couple of days, and that was my first thought, and didn't give it a second thought, untill it dawned on me that it was below the cloud cover and lit up the sky including the clouds.

My question is this, could it be a meteor that entered the atmosphere be fore the cloud coverage or is it something else? If it was a meteor what would the chances of it doing this and I would have expected to hear something that low, fast and hot.

I am curious if anyone else may have seen this, as well as y'alls thoughts on it. Was very out of the ordinary figured y'all would be interested in it.

Here is a screen shot of the NWS page on weather info shortly after it occured: 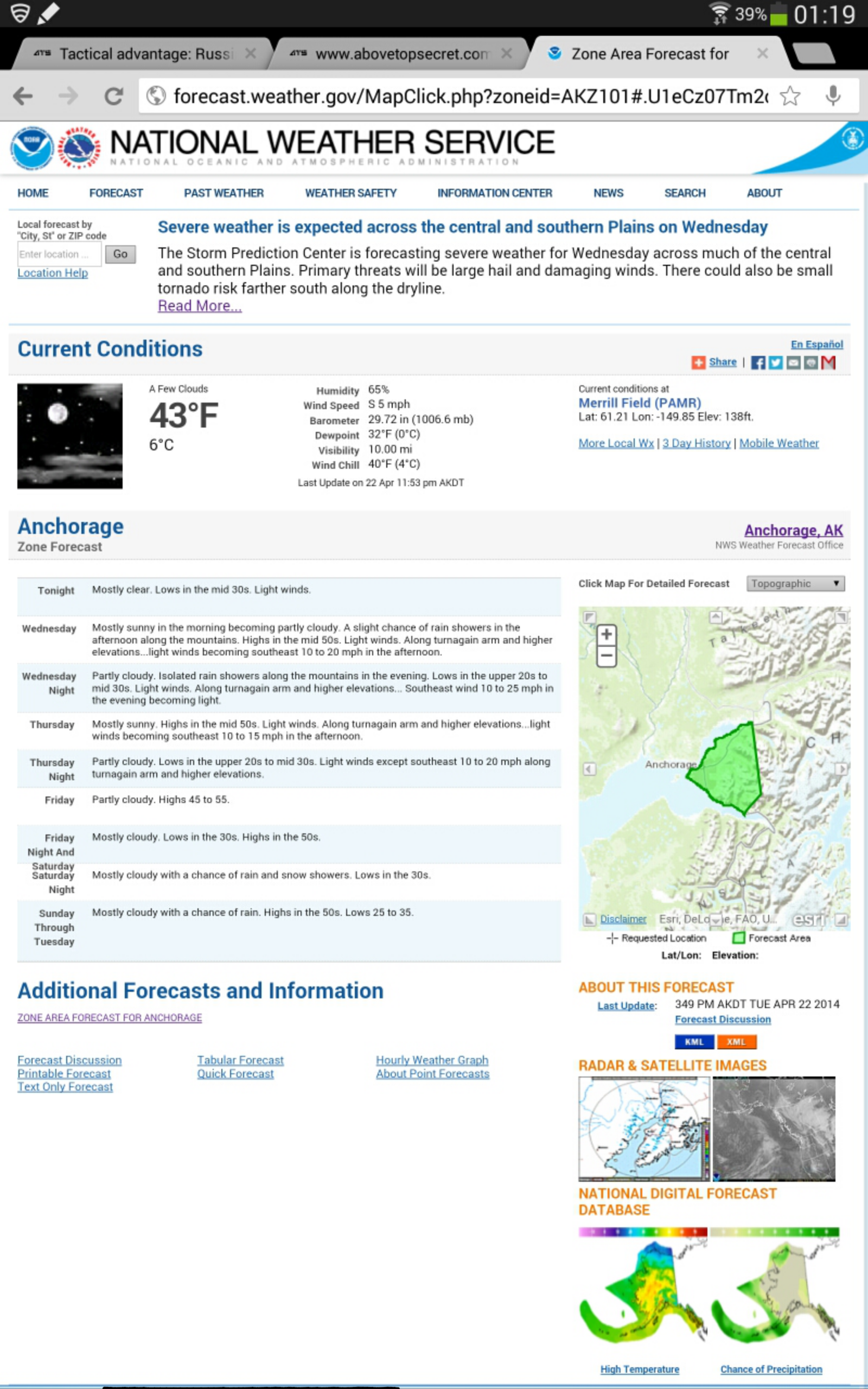 posted on Apr, 23 2014 @ 01:23 PM
link
I’ve seen a bolide so bright you could see the light through the clouds as it passed above them stunning sight in bright vivid green too cant say I’ve ever seen them under the cloud layer though.

Aye thats what made me think twice. About an hr latter tho I did see a few other meteors so I think it was one. Just a rare sight, was glad to have seen it.