a reply to: luciddream


I'll vote Democrat and/or Republican because I'm retarded and think it actually makes a difference which mainstream party is in office.


WooHoo! Now we're getting to the meat and potatoes! 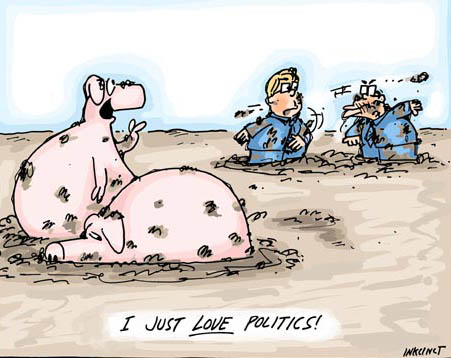 I'll vote Democrat because it's trendy and if I don't, I'll be labeled a racist bigot.

2 I won't vote because the republicans are so anti tax and big government that the roads and bridges between me and the polling place are so bad its dangerous to travel them.

3 I won't vote because I'm too sick because of republican deregulation of industry has allowed pollution to infect the population.

4 I won't vote because republicans won't allow us to use restrooms while waiting to vote.

5 I won't vote because I'm not a woman and republicans (old angry white men) wish to dictate what a woman does to her body.

7 I won't vote because george bush and republicans gave us the patriot act and democrats kept it going.

8 I won't vote because the worst economic crash happened under the last republican administration and the democrats still haven't fixed the mess that followed.

9 I won't vote because the republican congress doesn't work, so why should I?

10 I won't vote because republicans only care about the constitution when it concerns the second amendment, other than gun rights all other rights are just a g-d piece of paper.

You have seen thru the haze and b.s. neither party is worth a damn.... they and the press keep up distracted and at each others throats while they steal us blind, change laws, live the high life...... there is no salvation for this nation...

posted on Apr, 22 2014 @ 10:35 AM
link
I'm going to start a Yooper party and run. If I get elected, I will get rid of all the spending by congress by having constant BBQs. If they are too busy eating brats and burgers they won't have time to spend our money and make changes that hide the truth. This will give the people time to figure out how to fix the mess they got us into.

I won't need political contributions and won't move to the whitehouse, they can contact me by email. See, I'll save the taxpayer a bundle. I'll even cook for the secret service guys that are watching me to make sure I don't do anything that will negatively effect the ones controlling the people running this country. The secret service is not what you think it is, it is to keep the president from screwing up.

MY MY, such hate "homophobic gun toting religion lover" you have said it all with the deep seated hate I would expect from a Democrat.

That is no doubt why you would vote Democrat.

And there's not any Tea Party candidates on the ballot.

And all the Democrat names are in bigger print.

That's because they use Democrat primary ballots for all elections.

Especially for the fact that I am African American, I'm always having to justify my reasons why I DON'T vote democrat. 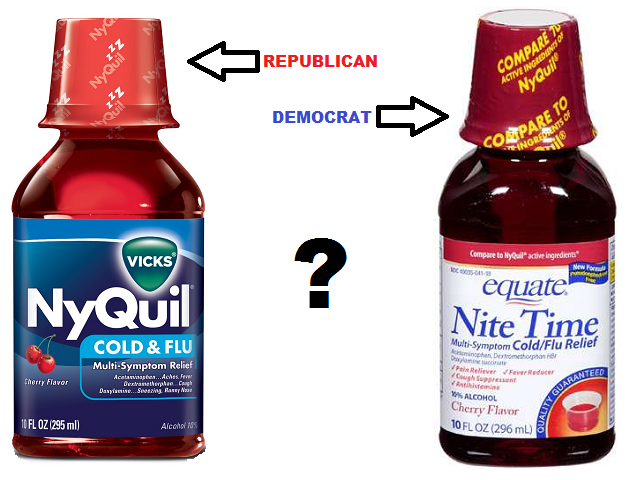 originally posted by: beezzer
I'll vote for whomever the tv says to vote for.

I'll vote for whomever Beezer says to vote for.

That way I don't have to listen to the TV. Every time I remember a politician's name I forget a contestant on Dancing with the Stars. Wait a minute ... cleavage on TV! I'm outta here.
edit on 22-4-2014 by VictorVonDoom because: (no reason given)


I dont know man...it look like its the source of sleepiness, laziness and lethargy.... and the people will suffer sleeping thru alarm clocks.
edit on 4/22/2014 by luciddream because: (no reason given)

posted on Apr, 22 2014 @ 12:16 PM
link
I'll vote Democrat because I adore racism. The fun of calling people who disagree with my political views racist and watching them cringe and cower is more excitement than I can stand.


I dont know man...it look like its the source of sleepiness, laziness and lethargy.... and the people will suffer sleeping thru alarm clocks.

Wow...that kinda describes a lot of folks who vote Democrat....maybe my picture can relate in more than one way!!!

I've been voting since I turned 18, and it doesn't work.
Every Election I participate in, Government still gets in!

I'll vote Democrat because I'm tired of Christians suing and ruining the lives of people that don't support their lifestyle.

I'll vote Democrat because women should be able to walk around topless everywhere, not just New York.

I'll vote Democrat because I like being told by a DHS social worker that roaches, lice, marijuana, and empty beer cans all over the house isn't reason enough to remove the kids from their mother's care and place them with their father.

On topic: both parties are seriously flawed in some way or another...

They vote Democrat because the party is their meal ticket, ensuring their welfare checks reach them, their sunsidies are available to them, their unions are protected, and their personal responsibilities are shifted onto someone else. The day we crossed the 50% kept and provided for theshold in America was the day the Democrats made it almost impossible to get any degree of sensible government into DC. The uphill battle now is to convince enough voters to vote against their personal wants in the short term to ensure they and their children can prosper in the long term... good luck with that in this modern, "instant gratification" world.

posted on Apr, 22 2014 @ 01:58 PM
link
I'll also vote Democrat because I love how the current administration is throwing money at researchers who seek to introduce children with 3 biological parents into the gene pool, and not one red cent goes to researchers working on a prenatal treatment to prevent homosexuality.

Democrats just make more sense than anyone else.