posted on Apr, 20 2014 @ 07:47 PM
link
This is worth taking a note too. Let's hope China continues to take tougher actions in banning GMO's. China could potentially save the world from corporate takeover of food supply and control over people and nations.


China's tougher stance on imports of genetically modified corn is roiling U.S. agribusiness, largely halting trade in the biggest U.S. crop in its fastest growing market. By one industry estimate, exports are down by 85% compared with last year.

The North American Export Grain Association, which includes ADM and Cargill, has called on seed companies to fully bear the risks and liabilities from selling their products. It also has objected to introducing seeds with genetics that haven't secured approvals in major markets. Grain groups have called on Syngenta to stop selling such seeds until China grants approval.

Syngenta has rejected those calls and this year introduced a new corn seed that China hasn't approved. The company declines to say if the seed companies should bear financial responsibility for rejected shipments. 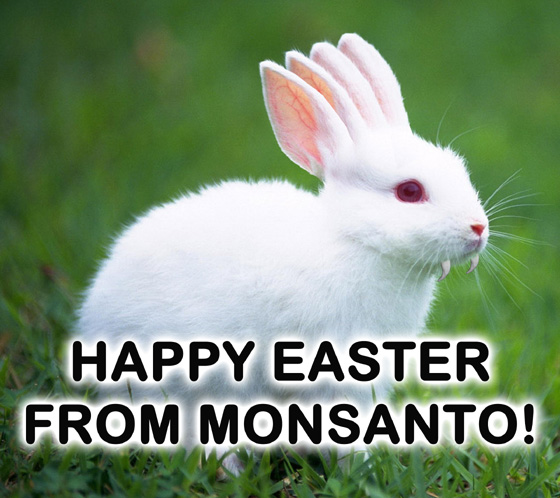 posted on Apr, 20 2014 @ 08:31 PM
link
a reply to: Kurius
Good on China for taking a stance on GMO, however.......I still have no trust when it comes to ANY govt or corporate interference with food.
China’s poor treated to fake rice made from plastic:
U.S. companies will just raise the prices of corn products here at home in order to make up for overseas losses, while making it illegal to sell non-gmo at your local farmers market/veggi stand.

Yes, I think the Chinese citizens are struggling with their own problems of corporate greed and corrupt government officials as well. Fortunately, like in the case of plastic rice, detectable poor substitutes will not last long even in the local market.

GMO's possibly extend far and beyond profit...it is about domination over population. They strive to eliminate the conventional, non-GMO food farming competitors. There is little hope for small growers in the US to survive in the long run if they don't come together and fight back. The corporate-controlled government doesn't have to make it illegal to sell non-gmo's. They just have to change the rule, making it harder for traditional farmers to survive...all done "in the interest of public health and safety", of course. And they are doing just that because they [still] can get away with it fooling the people.

There is also this:

Something tells me that China isn't really concerned about GM crops. It seems to have more to do with expanding its supply base and reducing imports.

Yes, as the original article I posted said, China has rejected shipment of non-approved strains of Syngenta's GM maize. Let's hope they will ban all GM crops soon for the our sake.

Seriously, Monsanto may one day need to be wholly Chinese-owned to survive.
The Chinese ain't that dumb. They will slowly squeeze the air that these greedy corporations breathe and the next thing we will wake up to realize it is controlling the world's food supply.

Let's hope they will ban all GM crops soon for the our sake.


Doesn't seem they are headed in that direction. Increasing imports from Brazil and Argentina. Working on developing their own production.

Yes, unfortunately so. Once the Chinese takes over the technologies, there is no turning back. And if you think Monsanto, et al are not for sale, think again. The Chinese and friends will ensure these corporations slowly suffer and Monsanto will beg them to buy them out!