US fears mounting over Israeli espionage

There are fears in the United States that admitting Israel into the country’s Visa Waiver Program would facilitate espionage activities by the Zionist regime in Washington.

“The US intelligence community is concerned that adding Israel to the Visa Waiver program would make it easier for Israeli spies to enter the country,” said a senior House aide, Capitol Hill news website Roll Call reported.

The Israeli spying has become a sensitive issue in the United States, especially since the arrest of Jonathan Pollard and the fallout over his case.

Pollard, a former US Navy analyst, was arrested in 1985 for providing Israel thousands of classified American documents.

In 1987, a US court sentenced him for life in prison. Washington has so far rejected repeated Israeli appeals for his freedom.

So far, US officials have refused Israel’s admission into the program only because the Zionist entity has failed to meet requirements. But several Senators are drafting a bill to lift those requirements for Tel Aviv.

So it seems a majority of our US politicians are now awake to the fears of allowing a foreign entity espionage leeway within our borders, and the potential dangers it could pose to our infrastructures (especially extremist Zion). I certainly hope this is the beginning of a paradigm shift in contemporary American politics, but I won't be holding my breath.

posted on Apr, 20 2014 @ 11:31 AM
link
Why not apply the same uniform policy to all, without any special conditions or restrictions for any?

Israel has one of the most effective spy and intelligence agencies on the planet. Amazing distinction for such a tiny country.

posted on Apr, 20 2014 @ 11:32 AM
link
i don't know why they are so concerned with Israeli spies. everybody spies on everybody else, nothing strange,and nothing new. so why concern with Israel? 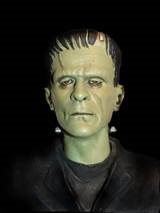 grrr, why did you create me?!

posted on Apr, 20 2014 @ 11:40 AM
link
a reply to: generik Israel seems to be closer to their enemies then their friends . Think the Liberty or 9/11 for that matter .But selling weapons to Iran and working with Saudi Arabia to over throw Syria .I am sure I have not included way more instances that could have been said but even the influence they have in the center of power within Washington should make sense as to why ....

posted on Apr, 20 2014 @ 11:49 AM
link
Israel is a trustworthy ally. When it comes to extremely secret information no one can really be trusted. The US government and agencies are infiltrated with Israeli moles... There is no way for the Israelis to assure us that a rogue agent would not sell secrets to enemies.

No changes in visa policies etc will address these problems and potential threats.

So what this means is that our best friend in the whole wide world is acting suspicious?

Well, apparently you didn't read my thread about secret deals between Israel and Saudi Arabia/Iran. That's okay, because here's the link for your leisure; Controlled Israeli Opposition.

I have numerous sources that tell me the Israeli government isn't on as bad off of terms with the extremist Arabic states as the western media would have us to believe. Let's have a look see, shall we? - See more at: www.abovetopsecret.com...

originally posted by: ausername
Israel is a trustworthy ally.

originally posted by: loveguy
a reply to: Davian
our best friend in the whole wide world is acting suspicious?


Refer to my previous post in this thread as to why I believe this train of thought is a bit more than a little naive and presumptuous...

Sorry.
I was meaning to come-off as sarcastic.

I read a few lines in the link you provided and find that my position is; unchanged.

It's just as the nazi-style of molesting/murdering Palestinians continues, US.com will still throw the sociopaths over there in charge a bone.

Void of any emotional discernment.

posted on Apr, 20 2014 @ 05:34 PM
link
I've never had a post pulled, but this one might be, lol. It is slightly off-topic in some instances, so we will see what happens. Anyway... It is almost as if the US government tip-toes around anything and everything when it comes to Israel. Israel will be quick to play the "discrimination" card, as they have in the past, and nobody wants to have that claim levied at them...even if it is a false and manipulative claim. The US supports Israel with both money and military hardware, and I mean SUPPORTS, as we are talking major "donations" here, as well as doing other things to benefit Israel. My question is why?

I understand that Israel could be an important strategic position in the Middle East, but it is not the only one. There are other countries in the region that the US could use if conflict broke out. The truth of the matter seems to be that Israel pushes extremely hard in Washington. The state itself, behind the scenes, infuses money into US politics and they get what they pay for. There are multiple influential Israeli groups lobbying in Washington on behalf of Israel, and often they succeed. But Israel likes to keep all this under wraps, not wanting word to reach the public.

They also love the fact that so many people feel Israel can do no wrong, especially Christians. Now regarding espionage...Israel has spies within the US. We know this. They spy on us like we were an enemy. And to be completely honest, I feel that Israel is just using the United States because they wish to keep this powerful ally in the event of conflict. I'm sure that deep behind closed doors the leaders of Israel wish for the US to help them wipe out the Muslims. And in fact, Israel, like all the Muslim nations, openly admits to their wish for total annihilation of the other side. Israel is almost as fanatical as the Muslim nations that hate them. IMO they are not quite as bad though.

I mean look at the fact that Israel has fought multiple wars since the country came into existence, one of them immediately after this event. Yet Israel did not start these wars. That proves that the Muslim countries in the region did not want Israel to exist, as there was no other reason for the invasion. It was to obliterate the state of Israel. Now, consider that the Israelis actually allow Muslims in the Jewish state. And not only that, despite Israel being a Jewish state, they have allowed a mosque to sit on their holiest site. The Muslims would never allow a temple to sit on their holiest site, and this is why I think the Muslims are more fanatical than the Jews.

However, despite this righteousness on the side of Israel, I feel that they are not true allies of the United States. The US is helping Israel while getting little in return, and then Israel turns around and spies on the US, and who knows what else? I think everybody should be concerned over the influence that Israel exerts on the US government, both through spying and direct politics. What is even worse is that they attempt to keep this a secret, or at least it seems so to me. Evidence points directly to what I have stated, so we know this stuff is going on, but actually getting information is difficult. There must be a reason for that. So I wonder if there are more nefarious things going on here, otherwise I do not see the need to keep the American public in the dark, which is being done by the government of the United States.

I am thinking that Israel really takes buying politicians to a whole new level, considering it is usually corporations that do those things. For a state to do it is akin to treason for those who accept, even if the foreign state is an ally. I just feel there are things happening that shouldn't be happening.

Does anyone remember the 5 dancing Israelis on 9/11, as the events unfolded? That says something right there. I do not believe that Israelis "like" Americans all that much. Again, I think they are using the US to serve their interests. This is a gutsy move considering that not only would Israel not exist without the help of the United States, but it would stand a chance of ceasing to exist if the US cut off all support. How do you think israel managed to survive a war when first becoming a state, without having the time required to build the various parts of a state? The Israeli military would have been no match for the attacking forces without US hardware and training.

And it is my belief that MOSSAD is the most brutal intelligence agency in the world, at least among the civilized nations. I would be willing to bet that they carry out more state-sanctioned executions than any other agency among these countries. I firmly do not believe that a state should be mixed with religion. Yet like the Muslim nations, Israel is a nation based on Judaism. Religion tends to blind political leaders, and they will make decisions that probably should not have been made. So anyway, I think the US should be worried about Israeli spying.

Yet Israel did not start these wars. That proves that the Muslim countries in the region did not want Israel to exist, as there was no other reason for the invasion.

However, it was not Achad Ha'am whose ideas were vindicated but rather the practical Zionists who believed in settling the land, regardless of laws.


I'm looking for pages that detail how the settling Israelite's treated their 'host' neighbors/Palestinians, at first dawn...
edit on (4/21/1414 by loveguy because: danggrammar