The Second Coming Is Not Happening: Official

posted on Apr, 19 2014 @ 03:14 PM
link
The Vatican today admitted the Second Coming may not happen after all. In one of the Holiest days of the year this is an amazing admission

And for anyone who question my faith. I DO believe.

posted on Apr, 19 2014 @ 03:20 PM
link
a reply to: Wirral Bagpuss Not surprising ,coming out of a group that would sell indulgences ,and have so many pedophiles within their ranks . You could almost conclude they practice the doctrine of devils .

ETA ..I didn't look at the source for the thread but I stand by what I said above .

That was hilarious!!!!!!! especially the link about katie perry's line of "vagina perfume" selling out in an hour..... Bumble b- tuna!!!!

posted on Apr, 19 2014 @ 03:28 PM
link
a reply to: Wirral Bagpuss
This is the same site that has stories like increasing-number-of-children-cant-perform-simple-fart-noises-with-armpit-warns-study waterfordwhispersnews.com...

"Cardinal Giorgio Salvadore told WWN that this years 1,981st anniversary is to be the Vatican’s last in regards to waiting for the Lord to return to Earth."


so...the Vatican/Rome Church has been conducting a watchful vigil since 33 AD ? one year after the Passover death?


there is something amiss about the whole report...Jesus the wine imbiber, etc.
this gotta be a delayed April Fools thingy

From your linked article:

"Cardinal Giorgio Salvadore told WWN that this years 1,981st anniversary is to be the Vatican’s last in regards to waiting for the Lord to return to Earth."


so...the Vatican/Rome Church has been conducting a watchful vigil since 33 AD ? one year after the Passover death?


there is something amiss about the whole report...Jesus the wine imbiber, etc.
this gotta be a delayed April Fools thingy

posted on Apr, 19 2014 @ 06:33 PM
link
Let's think about this logically ... what's in it for the Vatican if He actually does return? That's a whole lot of earthly, temporal power and influence to lose, so why would they be breathlessly preaching the return?


The Vatican defended Jesus’ broken promise, claiming “he was probably drinking wine” at the time when he made the comments.
“Having the ability to turn water into wine had its ups and its downs.” added Cardinal Salvadore. “We all make promises we can’t keep when we’re drunk. Jesus was no different.”

life happens when you keep thinking when he will be coming back.
tomorrows has their own worries.
enjoy life, help those who needs if you could, and so on.

even if he really would come, i doubt people would recognize him.
he would probably get persecuted as an anti christ

It is all down to your interpretation as remember Jesus said the kingdom of god is within you and he is with you even to the end of the world, judgement day is probably after you go into the light but if you ask me He will come again but it can be anytime.
Remember how he was forced to endure the 40 day's in the wilderness, I have read the bible many times but my eye's were opened to an interpretation today,,. When Satan tempted him by saying Turn this stone into bread and jesus said man does not live by bread alone, this was because he could have skipped the trials and suffering just by using his power but he refused, when he was taken to a high place it was the devil saying well why not do as I did as since god loves you then you will be saved anyway and when he said worship me he meant why not live like I did and abuse your power as you can have anything at all you want but christ said you shall worship the lord Alone and nothing else.

Think about it.
Oh and Jaques de Mollet the last grand master of the knight's templer whom have been exhonerated by the catholic church whom admit what was done to them was wrong said at the stake while he was being burned that within the year he was going to drag the corrupt pope and king of france before the throne of god for judgement so since they then both died within the year what was his take on judgement day. 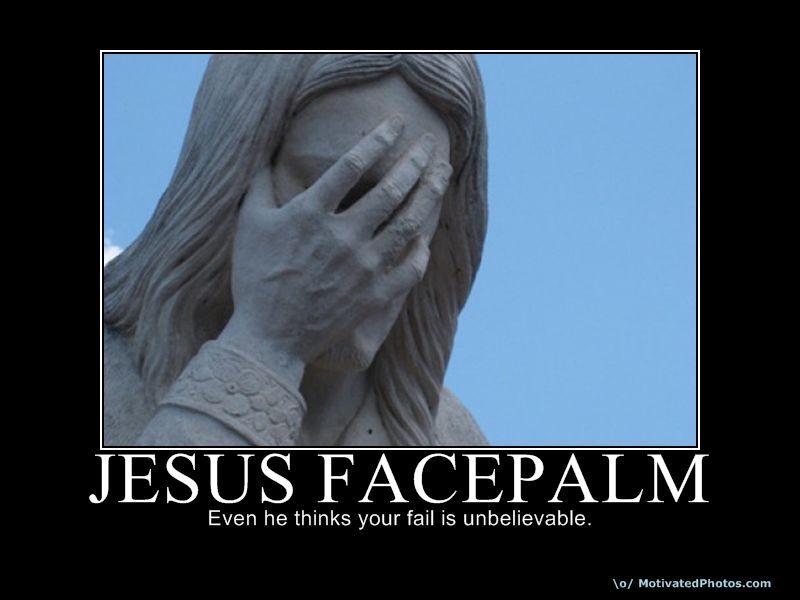 It's not happening. (Neither the second-coming nor the zealots' silence.)
Meh.