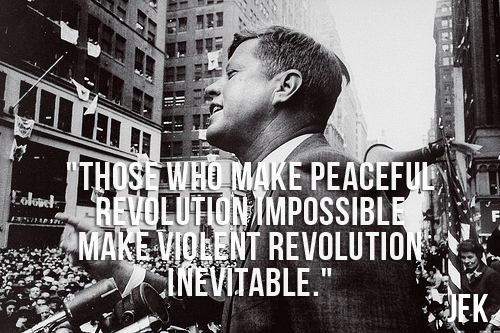 In 2013, a federal judge decimated the Bureau of Land Management ("BLM").

The court case, U.S. v. Hage, has been keenly watched by legal analysts and constitutional scholars — but has been completely ignored by the major media.

...in June 2012, Judge Jones had issued a scorching preliminary bench ruling that charged federal officials of the U.S. Forest Service (USFS) and the Bureau of Land Management (BLM) with an ongoing series of illegal actions against Nevada rancher E. Wayne Hage... that the judge described as “abhorrent” and a literal, criminal conspiracy.

... “the government and the agents of the government in that locale, sometime in the ’70s and ’80s, entered into a conspiracy, a literal, intentional conspiracy, to deprive the Hages of not only their permit grazing rights, for whatever reason, but also to deprive them of their vested property rights under the takings clause...


The media corporate media has an obvious bias. In the case of the Bundy's, they stated that he hadnt "paid his fees for years", omitting the fact that these cases can last for decades.

In fact, Judge Jones accused the federal bureaucrats of racketeering under the federal RICO (Racketeer Influenced and Corruption Organizations) statute, and accused them as well of extortion, mail fraud, and fraud, in an effort “to kill the business of Mr. Hage.”

The court found, "In the present case, the Government's actions over the past two decades shock the conscience of the Court." This finding, coupled with the court’s finding that agents of the BLM and the USFS engaged in a conspiracy to deprive the Hage family of their vested property rights, opens the door to potential lawsuits against the individual agents personally for their unconstitutional actions.


This is CRUCIAL. We have to start suing these jack booted thugs ("JBT") in civil court, going after their personal property. Otherwise, they simply hide behind the giant shield of government.

The ruling chronicles the drama of the 21-day trial in Reno, Nevada, last spring between rancher Wayne N. Hage who, unable to afford an attorney, represented himself, and Mark Pollot, the estate's attorney, who were defending their case against two federal agencies represented by a cadre of attorneys and staff from the Justice Department.

Tonopah BLM manager, Tom Seley, and Forest Ranger Steve Williams were both found to be in contempt of court, and were referred to the U.S. attorney for possible prosecution for criminal obstruction of justice.


What kind of system have we allowed? A massive federal government, with near unlimited power, using our tax money against us...

Meanwhile we have to somehow scrape together the funds for competent legal representation, which can easily cost tens of thousands of dollars.

Make no mistake about it. This is by design. The federal JBTs rely on their ability to scare and bankrupt us into submission.

No moral person (Republican, Democrat, liberal, conservative, independent) can possibly defend or agree with this.

They use OUR money to take away public land and resources. Then makes them private, telling us to go screw.

Sorry, I removed some quotes from the link because I was clogging the thread up a little. Still very relevant though.

I'm sure it has been mentioned before but, criminal charges are likely to be filed against the BLM for systematically slaughtering the cows on his ranch. There is no need for the murdering of these animals. I like how they give the tortoise so much love and then scrap any animal that gets in their way.

originally posted by: eisegesis
WE pay the government.

They use OUR money to take away public land and resources. Then make them private.


That would be a great idea actually.
Discuss things with your state leadership, pay them. not the feds. The local governments would probably do more with all that tax revenue. Butt out the private banks while you're at it! 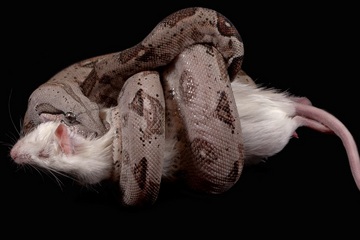 posted on Apr, 19 2014 @ 10:53 AM
link
If this would be picked up by MSM it would effectively end this charade and criminal charges would eventually be levied on 'some' of the guilty, likely the scapegoats. It would however stop this land grab in its tracks.

Safe to assume at this point that won't happen...

originally posted by: eisegesis
The other day my girlfriend went to withdraw money from her account. Stank of America (BOA)

Hm. Is this normal in the US?

This kind of thing makes me nervous...

Did you know about this?

Resources are getting scarce, he who has the most guns wins.

I love the wild west.

A 14-member panel assembled by the National Academy of Sciences released a report Wednesday, based on two years of research, that found the current method of managing wild horses and burros has only served to worsen the problem of overpopulation in the wild. It has allowed horse populations to grow at a rate of 15 percent to 20 percent annually and has resulted in an untenable and expensive situation of having about 50,000 wild horses in holding facilities at a cost of about $40 million a year.

The 436-page report found that the Bureau of Land Management has used some haphazard science in estimating herd sizes and in predicting how removal of animals would affect herd size and range conditions. The agency also has not done well at incorporating public opinion into its decision-making, the report found.

The $1.5 million report was commissioned by the BLM, the agency responsible for management of the wild herds under the 1971 Wild Free-Roaming Horses and Burro Act that mandated protection for the animals.


The BLM is the one who needs managing, not the horses. They could probably give a rats behind about them.

originally posted by: eisegesis
a reply to: AzureSky

Well done that man, a judge of the right calibre. And well done OP for bringing this to the table. It would be something if there are other cases like these about to turn up, mind you, two with the same MO is pretty damning.

Looks like some of the Western lawmakers and state authorities are beginning to catch on to this. Hopefully they can come to some means of putting an end to this. At least they're talking about this in an organized fashion.


It’s time for Western states to take control of federal lands within their borders, lawmakers and county commissioners from Western states said at Utah’s Capitol on Friday.

More than 50 political leaders from nine states convened for the first time to talk about their joint goal: wresting control of oil-, timber -and mineral-rich lands away from the feds.

posted on Apr, 19 2014 @ 12:39 PM
link
a reply to: gladtobehereThanks for the article. It does shed a lot of new light on the issue. The only thing it doesn't do is provide the true reason why this is happening and why it's happening where it is. I don't think we can believe that some agent of these agencies are just out there doing this on their own. This is powerful stuff and if it were as stated, they would have no idea whose toes they were stepping upon. The only way stuff like this goes down is because someone at the top of the food chain wants it to go down for personal gain. We obviously know why this is happening in Nevada and who is responsible for it.

originally posted by: eisegesis
a reply to: AzureSky

Teller-Is there a specific reason you're withdrawing this money today?

posted on Apr, 21 2014 @ 03:29 AM
link
That's right they need to charge the individual agents so people realize that it's illegal to follow an unlawful order and "following orders" will not be a viable excuse just like it wasn't for the Nazis.

Here's a recent FNC report on the Hage family's fight vs the BLM:


This is CRUCIAL. We have to start suing these jack booted thugs ("JBT") in civil court, going after their personal property. Otherwise, they simply hide behind the giant shield of government.

Perhaps it might be in these agents' interest, and any other criminal working against the public good using authority as both a means and cloak to aid them in that criminality, to read and remember THIS THREAD

We the people tend to be slow to anger, almost to the point of apathy, but do get very, very nasty, very quickly if we get pushed too far. It would be wise for anyone abusing the citizenry using their authority to keep this in mind.