A Silicon Valley company called Knightscope is currently testing a prototype robot that they say will help patrol the streets of America – monitoring the public and using analytical data to “predict future crimes.”
The Knightscope K5 is a five-foot-tall autonomous robot that looks closer to R2-D2 than it does Robocop, but this robot is no Hollywood creation, it’s the real deal.
According to the company, the new Robocop is built to “Predict and Prevent crime.” William Santana Li, CEO of Knightscope, says the robot is, “everything that’s great about Silicon Valley, its robotics, big data, predictive analytics, its sensors,” and it could be patrolling your neighborhood very soon.

You have 5 seconds to comply...
Well,this is happeneing faster than I predicted-I thought these would start to appear around 2020,seems I was off by 5 years.
Looks like this company,Knightscope,is serious about plans to augment US police forces with autonomous robot counterparts by the end of 2014.
I wonder if Google have bought the company yet?
If not,they will soon I bet.

The very worst elements of dystopian science fiction is fast becoming a reality in today's world.
This particular robot combines both "Robocop" with "minority report" syle "pre crime."
And that is only the first generation-imagine version 2 or 3-armed perhaps?

People say the hippys of the 1960s have turned into today's Liberals-Look at what the geeks and nerds are turning into-inventors of our beyond Orwellian enslavement technology of the future...Great,thanks nerds.

Does anyone else think,like I do,that this is the wrong path?
Or is this a great use of modern technology?

While I share your dismay at the creation of such an object as this, I feel that your targeting of nerds as the source of the problem could be considered to be a little unfair. The real problem is that between heavy handed police tactics, a lack of proper psychological evaluation for officers, and a general shortage of budgetary capacity which would be required if adequate policing were to be achieved, there is a gap in policing which needs filling.

This is hardly an ideal solution, but people will keep voting for morons who never make the right changes, and as long as people accept the hegemony which life in the west represents, the problem will become worse not better. Nerds are not to blame for the problem, and this solution represents a greater attempt to solve the problems which exist in law enforcement. That these methods are doomed to failure is not in question, for surely they are. However, I do not believe that the people behind this glorified trash cans have come to the table with ill intent, unlike the people who have helped destroy policing in the US by both militarising the police force, and neutering their actual ability to detect and solve crimes.
edit on 19-4-2014 by TrueBrit because: Grammatical error corrected.

posted on Apr, 19 2014 @ 08:24 AM
link
I love how when you go to their website they say they have "allowed community crowdsourcing of security to eliminate privacy concerns" then goes on to say " which also provides an important feedback loop for the analytics software." Basically it wants the public to give it their meta data too so it can create a more detailed picture of the community. Thats sounds a little shady to me, and its amazing how many average people will probably gloss right over that when they read the webpage for the Knightscope.

posted on Apr, 19 2014 @ 08:26 AM
link
I think this won't work. Teenagers will have a field day with this machine. In a city like Detroit or Los Angeles this robot will be blown up or shot up in certain neighborhoods.

I thought a well placed bin bag may disable the thing as well-But that will only work for the first gen.
By the second they will have worked out ways to prevent that I think.
Maybe any tampering would release some kind of incapacitant nerve gas-it would not surprise me at this point.
Just wait until google buy the company and merge it with Boston dynamics-think the security droids from the film "Elysium."

I am not actually a full on Luddite-I would just rather see technology used to help people rather than spy on everything everyone does all the time.
In my experience,when you treat people as crimminals,they are far more likley to start behaving as such.

We are already seeing rifts between the public and major companies such as Google. Apparently, people in San Francisco are already starting to revolt against the companies of Silicon Valley by destroying the personal property of people who are either directly or indirectly associated with them (e.g. individuals who either work at Google, or own Google Glass). Some have even vandalised shuttle buses used to transport employees of the companies. Overall, people are also protesting against the major corporations.

If these tensions are anything to go by, i am willing to say that the already established class warfare will expand across the USA, and even the world...people don't like to have their privacy violated.

Also, what is stopping people from just tipping these robots over?
edit on 19-4-2014 by daaskapital because: (no reason given)

posted on Apr, 19 2014 @ 08:48 AM
link
Having drones in the sky isn't good enough, now they want to put drones on the ground. Lets ask Will Smith what he thinks about automated law enforcement, eh? Bring on the VIKI!

The designers must have factored in people attempting to tamper with these things-maybe they will have a certain area around them which is off limits to the public-tasers or gas could be deployed if anyone gets too close.
But I hope you are right that people will not put up with this crap,that said,the young will not know any different,and will more than likley blindly accept this as progress..

I am still hoping someone will find out this was a prank/april fool-I would like nothing more than to see this thread ditched to the Hoax bin,but I won't hold my breath.

Fire. Bet it doesn't do too good in fire. Also pretty sure even if armored a magnum deer slug from a 12 gauge at 20 yards will disable it. Then Fire!!! Pretty sure the electronics and sensors will give up after a molotoff or two.

True...i can see the robots being custom made for law enforcement, with all types of fancy equipment on board...

I too hope that people will take up arms against the gradual shift in technological surveillance. I think the masses have finally woken up to what can come of technology...but i think you are right about the youth. I only hope that the older generations can influence the general opinion on the matter regarding the youth...

Thanks for posting the thread! 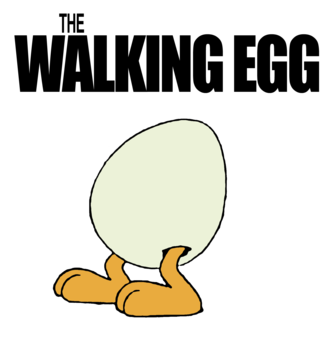 But I'd rather death with this walking egg than today's human cops.

With a robot cop, you know where you stand.

With human cops, you make the mistake of expecting some humanity. 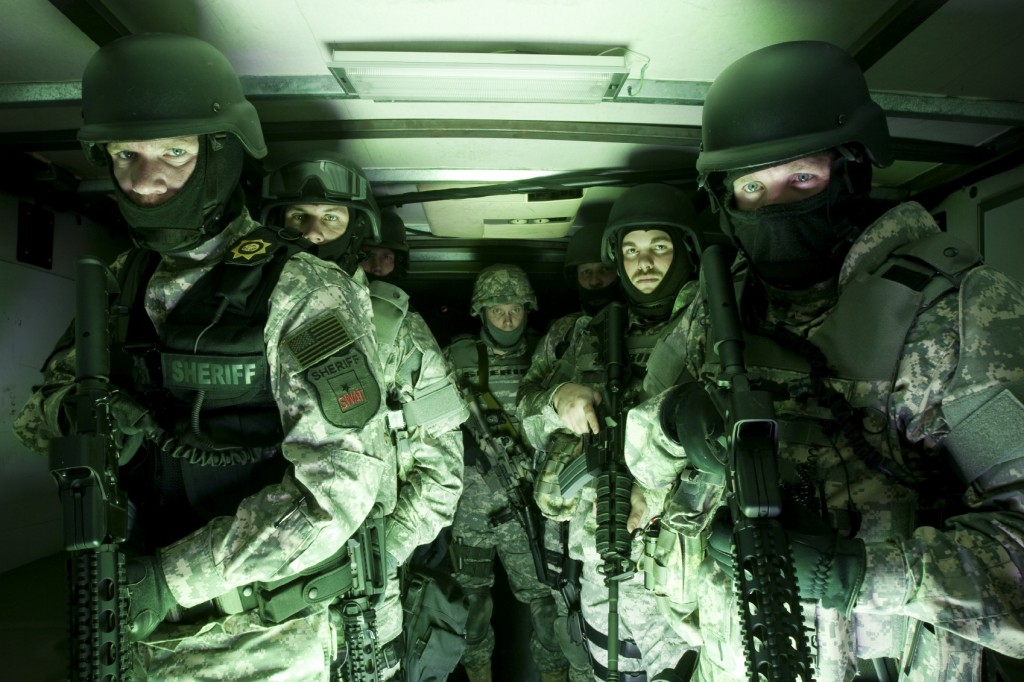 originally posted by: rickymouse
Great....a garbage can that comes to you. I'd probably get busted for trying to open the lid to put my candy wrapper inside.

originally posted by: AfterInfinity
Having drones in the sky isn't good enough, now they want to put drones on the ground. Lets ask Will Smith what he thinks about automated law enforcement, eh? Bring on the VIKI!

Yep,and you can bet that the sky drones will soon all be in communication with these land drones-for maximum full spectrum dominance.
I wonder if someone like me walked past(no cell phone/ipad to read my data)-would I be red flagged and pulled over for NOT having signals flying out of my pockets?
I can see this happening-It has with facebook already-people who don't use it are seen as an oddity,even subversive..

But you're totally cool with the current batch of bitter alpha-douche mustached abuse bots we have armed now?

originally posted by: TrueBrit
a reply to: Silcone Synapse

While I share your dismay at the creation of such an object as this, I feel that your targeting of nerds as the source of the problem could be considered to be a little unfair.

Nerds just want to have fun building robots. Unfortunately there aren't many organisations who will throw money at robot-building projects, so they build them for the markets that will pay for them. The government/military/police is simply one of those markets.

If I offered enough money and offered them free rein to build a giant fully functioning Robotech robot thingy, I bet I'd have half the robotics experts in the world abandoning their current projects to throw themselves at me. Not because "it's a giant military robot for crushing all opposition to the government", but simply because "it's a giant robot!"

Don't blame the nerds, nerds just want to have fun.

exactly what I thought. Will be tagged by the gangstas and then stripped of any copper or metal by the thieves hacked by the computer folk and pushed into a corner and blocked in by harmless pranksters. Not necessarily in that order.

uhhh.... not really. Think they all need to get removed and replaced. think of this thing as a rolling tattletell machine mixed with your paranoid nosy neighbor that calls the cops on everything. Then put one of those on every street corner. Not cool with it either.