This time they are "proposing" to gun-down another part of health insurance that many Americans "Like" and apparently won't be able to "keep" if HHS gets their way.

The plans in the cross-hairs are called fixed indemnity plans that seem to be cheaper policies and many people use them for specific reasons.

But naturally, those policies are not ACA compliant and this sounds like something that may have been missed during the long debate in 2009.

People may wonder why this has to be a "proposal" if the plans are not compliant ?

It must be a show of force.

Standard procedure for the Nervous Norvus complex that plagues the Administration.

I bet somebody got jealous when they found out somebody found a loophole to "get away" on the cheap.

I think people were attempting to buy these plans in order to offset the problems with the lower end priced ACA compliant plans that are mandatory now. Cheaper policies like these might actually be cheaper even with the fine for not having a new style policy.

The Department of Health and Human Services is proposing a rule that would, if implemented, guarantee that even more Americans who like their health insurance plans cannot keep them.

Fixed indemnity plans, which pay insured customers a set amount towards medical expenses and are often cost-effective relative to more comprehensive health insurance, are popular forms of coverage, and potentially becoming more popular in the wake of Obamacare.

Boy, Obama just flat out LIED about Obamacare in order to get re-elected, didn't he

Romney called it correct from the get go, about people paying more and losing their plans/doctors
Of course, he was condemned and accused of using scare tactics, when in fact he told the truth about the new healthcare

Well, who's the liars now????
Obama and company

They sure are racking up in that department to be sure....lying & deceiving seems to be their trademark

What a complete joke Obamacare has turned into!!!!!!!
Seems like it's hurting more people than helping them
Of course you won't hear that from the man himself

The S will HTF for me in October when my employer renegotiates our health insurance plan... renegotiate as in decides which plan the insurance offers that we can afford.

The government knows best!
People am stooped! They need to be taken care of!

Every time I see another one of these obamacare problems one thing comes to mind. We need the "Little Dutch Boy." Probably some insurance company CEO noticed the loop hole and cried to HHS. 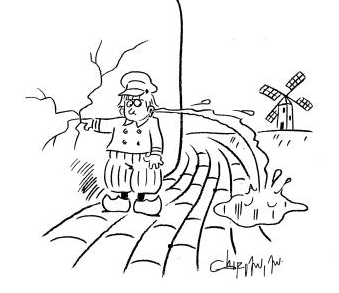