posted on Apr, 18 2014 @ 03:50 AM
link
Archeologists in Anglesey have discovered a "curious" copper artifact in a Neolitic chambered tomb, one of the least known, Perthi Duon. The tomb is thought to have been a portal dolmen typically built in the early Neolitic period, it's dates to 3500BC or even earlier. 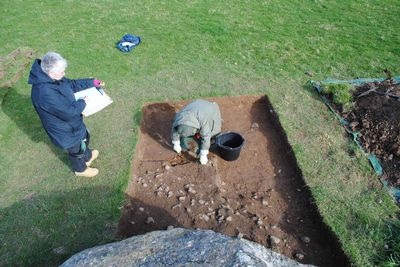 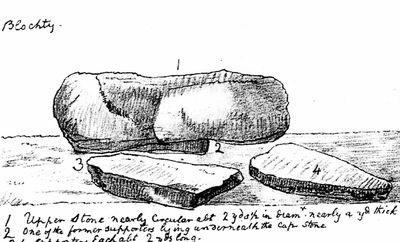 The copper artifact, which archeologists say could be a piece a jewelry, could help prove there was a copper age in Britain. The piece will undergo scientific testing to uncover little more about its origins. Shards of pottery were also found at the site. The dig has also given archeologists a little more insight in to the burial and ritual practices of the people that lived there so long ago, about 5,500 years ago. 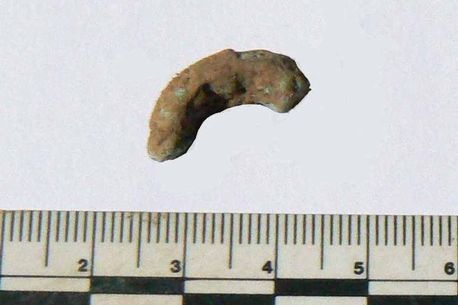 The discovery of a mysterious copper artefact at a Neolithic tomb on Anglesey could help to answer one of archaeology’s burning questions.
Dr George Nash, who led the excavation at Perthi Duon near Brynsiencyn, says the find could lend weight to the idea of a British Copper Age, which is currently being debated by archaeologists.

An international team of archaeologists from the Welsh Rock Art Organisation recently excavated the site and uncovered “several significant features”, said Dr Nash.
Among them was the “curious” copper artefact, which could be a piece of jewellery worn thousands of years ago. Dr Nash said: “This item could be an important discovery which may reinforce the notion of a Copper Age in the British Isles.
Copper items from the British Neolithic (c. 4000 – 2,000BC) and Early Bronze Age (c. 2,500 – 1,800BC) are considered rare.”

While a Copper Age has long been recognised in Europe, the question of whether Britain experienced such a period is still debated by archaeologists. Dr Nash said: “The big question in archaeology at the moment is whether there was a Copper Age in Britain. “Did copper come to Britain before bronze? “This discovery helps to suggest that we did have a Copper Age.”

full article
Here a a couple intact Dolmens from Ireland if you're unfamiliar with them: 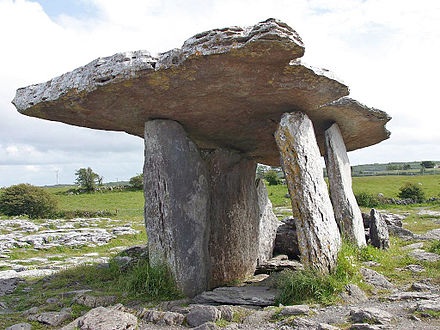 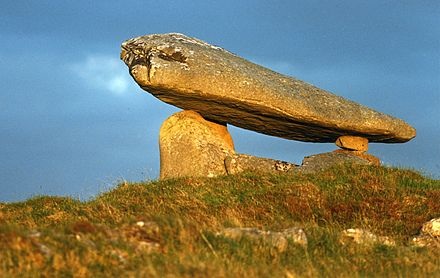 We divide the ancient past into three ages: stone, bronze and iron. But leading archaeologists are saying Britain also had a copper age, between stone and bronze at around 2500–2200BC

source
Well, it seems like this could help with the theory. We shall see what happens when the results from the tests come back. Wonder if archeologists will find any more copper at this site or in the area? Thought it was interesting so I'm passing it along.

Chalcolithic: The Copper Age
edit on 18-4-2014 by Jennyfrenzy because: added

posted on Apr, 18 2014 @ 03:59 AM
link
In general: The colder & harsher a climate, the more innovative the people forced to survive there. Though when you get to very extreme conditions (ice or sand deserts) there is (generally) less innovation beyond a certain stage, only because there are less people to innovate.

Then again: If this artefact has “made in Mars” stamped somewhere on it, it's a sure guess we won’t be hearing any more of it (regardless of how harsh that climate is)!

It always bothers me about our history in the UK simply because I have heard it postured the English have no culture and the others are missing a copper age. However when you watch either the tv or read it seems our Isles have been populated for thousands and thousands of years. Although we are missing a huge chunk of land at Dogger where we knew people loved to live before it was swallowed up by the sea. and whether that would have been the preferred occupation area rather than icy UK only more exploration will tell.

I know the climate and environment are major factors but with being a part of Europe it seems mad to me that we accept the ancients travelled and traded over considerable different lands and peoples, (but it seems to be almost hush/hush) for the UK,so it seems mad that the UK would not have gone through exactly the same development etc as Europe. If people can move huge great stones for the building of Stonehenge then they can easily move metal around the country.

We know craftsmen/women travelled so it is hardly a leap of faith, rather more than common sense that they would have travelled with all the tools of their trade.

Being a small piece, apparently without a defined, worked shape, could it be from a natural deposit? Or maybe a piece of slag from an early foundry elsewhere. Even as slag or an unusually occurring natural piece, to a primitive person it would have been a strange piece of interest and thus, a keeper. It seems the hopes are high here but the evidence is slim.

Possibilities on the checklist should include it being a leftover form an earlier civilization. After all, there are plenty of mysterious sites around the world that point in that unrecognized direction much to the distain of conventional archeologists.

posted on Apr, 18 2014 @ 01:34 PM
link
a reply to: Aliensun
I'm hoping it's a piece of jewelry, which makes sense since it found near the dolmen, used for burials and rituals.

To think of someone wearing that piece that long ago gives me goosebumps, love stories like this.

Question though - I was not aware epochs / milestones in human history were specific. If the discovery of copper was made, and that discovery spread around the world, why would it be attributed to one geographic region?

Copper use was around in Europe for a while, it started in the Balkans about 7,500 years ago. The Bronze age happened a couple of thousand years later.

This new item shoes that the copper arrived in Britain just before the Bronze did, nohing much else.

Archaeologists know there was a copper age on the Eupean continent, it just hasn't been proven that the copper age travelled over to the British Isles. The weather in the Britah Isles can be harsh, causing deterioration of the copper.

This artifact could help lend credence to the theory of a copper age in Britain.

Although British prehistorians recognised long ago that there was a phase of copper metallurgy before bronze, they have seen little cause to define a "chalcolithic" period (or "copper age").
This is at least partly due to the relative brevity of the phase, copper having arrived on our shores late in terms of the pan-European scene (current dating c2450BC), it then being superseded not many centuries later by alloyed bronze (c2150BC).

Ah.. makes sense. I didn't think of it that way.

This is so cool! Wish we could see what that piece of jewelry looked like back then. Maybe after trying they'll have an idea of what kind of jewelry it was.

The weather in the Britah Isles can be harsh, causing deterioration of the copper.


This not quite true, copper has been used for thousands of years just because of its anti-corrosion properties. This is why it has been used for roofs, guttering, downpipes and even for lining the outside of ships to stop barnacles. Once it gets a patina on it, it becomes very resistant to atmospheric corrosion.
Its not much of a stretch of the imagination to assume the original inhabitants of the UK, the Welsh, were using copper during the copper age. They already know the welsh were using it over 4000 years ago, 2500-2100BC as they have found artifacts dating from that period. Wales is very rich in copper deposits and there are mines that have been dated to around 4000 years ago.
British archaeologists don't like to attribute anything to the welsh, even though nearly everything they study in the Uk was made by them.