Did we spot, and photograph, a Bald Eagle in Phoenix today?

posted on Apr, 13 2014 @ 10:58 PM
link
As my wife and I do every weekend, we go on a 15+ bike ride on some very nice Phoenix area trails (seriously, awesome). We see all kinds of desert beauty, from plants to really big and beautiful rattle snakes, fox, coyote, road runners, huge hare, and all kinds of birds of prey. Riding along my wife spotted something on the ridge of the Reach 11 (a 24+ mile trail system in north Phoenix) dyke. Sitting on top of a cage that surrounds some pump equipment, was this:

At first, you'd think Peregrine Falcon, but there are no known large falcons in Arizona. And we don't have photos of this beautiful bird in flight, but it had the splayed-feathers at the wingtips of an eagle or hawk, not the pointed wings of a falcon.

And it is very big. That cage is 8 or 10 feet long (we've ridden up there), making him at least three feet from head to tail.

Shot with my Canon G16, and wishing for more than 5X telephoto at the time. This is 100% size.


If bird-savvy ATS members can positively identify this, and if it's a Bald Eagle, that's both a very good sign for Arizona wildlife, and we'd need to let someone know about the sighting. It also looks like it might be an osprey, but they're typically not in this arid part of Arizona, styling close to large bodies of water.
edit on 13-4-2014 by SkepticOverlord because: (no reason given)


Sorry, but definitely not a bald eagle. I see them daily and it's not close. Could be an Osprey.

posted on Apr, 13 2014 @ 11:10 PM
link
It was much larger than any other bird of prey we've seen in the area. There's just not any fish for dozens of miles, from this location, which made us rule out osprey at first.

When we saw it land, it definitely had a small rodent in it's grasp, the tail being distinct.


My thought exactly...possibly an osprey. They are huge and beautiful, usually found near water because they hunt fish. We have lots of them near us at Montezuma refuge in upstate NY. They build amazing nests on top of the electrical lines that run through the park.

I have family in AZ that hike and bike often and haven't mentioned seeing one before so I don't think it's common to see them down there or not.

Found this, sounds like they are seen in the area...


According to our "Birds of Arizona" book, Ospreys are only known to be near the lakes north and south (by quite a bit) from Phoenix… and some around Flagstaff. They'd need to fly over long stretches of desert to get to Phoenix.


On second look, it doesnt have the distinct features typically known for a Bald...Golden Eagle better fits your images.
edit on 13-4-2014 by ownbestenemy because: (no reason given)

It's apparent that Golden Eagles can be seen in AZ.

They look similiar no?

And I think only way it would be a bald eagle is if it was a young one, adults typically have black bodies with white heads. Their pure white head is where the bald part comes from.

posted on Apr, 13 2014 @ 11:23 PM
link
Looking through google images, I can't find any golden eagle that look like the pic in the op. The brown and white separation in color distinguish it from the golden, imo.

It looks similar to a Martial Eagle, but those are in Africa so unless it was brought in illegally? They have dark spots throughout the white plumage.

I wonder too if it could be a bald or golden eagle but with unique color/pattern from a genetic flutter?

Edit : I'm going with METACOMET's suggestion Swainson's Hawk? Nevermind, op says it is not.
edit on 14-4-2014 by speculativeoptimist because: (no reason given)


it could be here have a look at these.

thgis is a two year old one, comes from this site, Tracking bald eagle movements throughout the Chesapeake and beyond 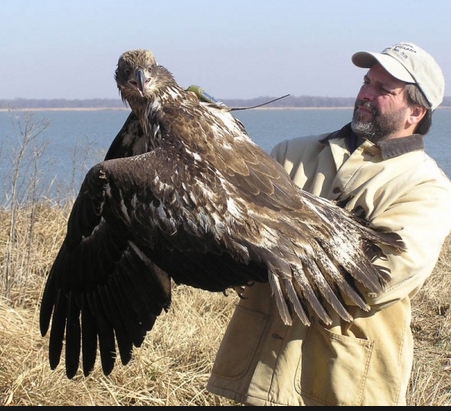 they look pretty close to your picture s to me.


I'm gonna have to agree that it looks like a Golden Eagle.

Are eagles kind of rare there? We have them flying around here all the time, It could be an eagle. I can't tell from that picture if it is a bald eagle or a golden one. I wonder if they get teased about their bald heads
edit on 13-4-2014 by rickymouse because: (no reason given)


We see lots of those on the trails, this was much, much bigger… perhaps twice the size, or more, of any of the hawks we've seen. 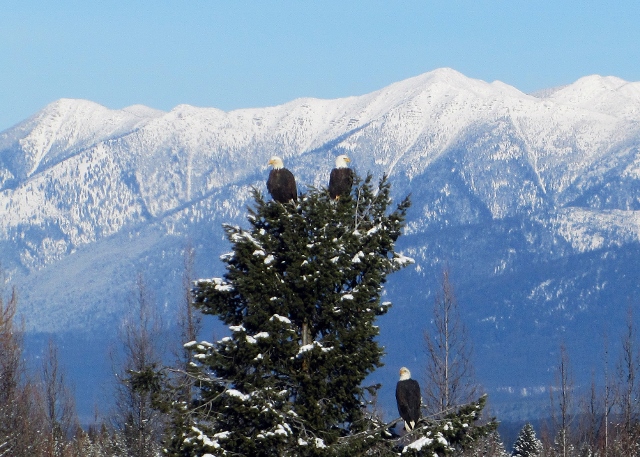 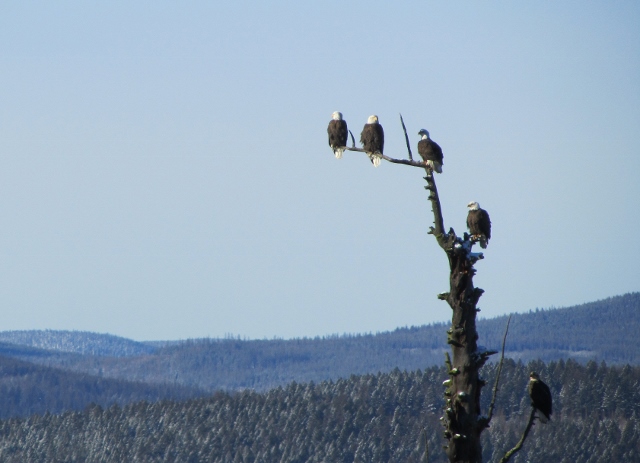 Peregrine falcons can have a black head with a light underside. Here are a few Images to compare.

eta
I found a little Video about peregrines in downtown Phoenix. You obviously weren't downtown though.
edit on 13-4-2014 by NiteNGale2 because: (no reason given)

Some of them have lighter colored legs.

ETA: Lighter colored legs: Golden Eagle
edit on 13-4-2014 by AboveBoard because: (no reason given)

posted on Apr, 13 2014 @ 11:43 PM
link
Too bad the quality isn't there, it would probably be a slam dunk. I thought at first it was an Osprey but couldn't bring myself to totally believe it because I couldn't make out discernible features or markings. I'm on the fence I guess.

I am fairly certain it is not a Bald Eagle unless it is a juvenile.

This may also help Bird Size


I am leaning to White-tailed Kite