who shoots the elderly?


The Police!
Well, you did ask.


The protocols of zion are real. Regardless of their origin you can see them being used in the world around us. People have to learn that they cant hold the actions of a small group of radicals against the rest of the community. There are lots of Jews that are awful people. Just like any other race or religion. Im not condoning anything about this attack just addressing the protocols of zion. Believing that a small group of European Jews controls financial markets, instigates wars, and commits other crimes against humanity doesnt mean that a person hates Jews. It also doesnt mean that all Jews are guilty by association.

Let it be noted that there are jews that are awesome people as well. I dont want my argument to seem onesided. Every race or religion has their good people and their crazy fanatics that go above and beyond.
edit on 13-4-2014 by rustyclutch because: (no reason given)

posted on Apr, 13 2014 @ 02:40 PM
link
I guess we should double down on our loyalty and foreign aid to Israel. Something tells me this will be exploited. Why even mention the religious denomination? Elderly would be enough.


Maybe they are, but there is an awful lot of hatred levied against the Jews because of them. People do not separate.

The same can be said of a lot of other things - turbans on the Sikhs who were shot by someone who thought they were Muslims. People do not separate.

You have to be careful ... very, very careful about these things.


I dont have to separate. I dont have to mince words. I didnt bash Jews. I simply acknowledged that the protocols of zion are real and so is zionism. I wont tip toe around the subject. 1 word...Bolshevism. What happened in Russia commited BY Jews was a lot worse than what happened in Germany TO the Jews. No one ever points this out and thus the whole world has to live in the shadow of the holocaust. Everyone is expected to give them a pass on everything. They will get no such pass from me. This shooting is a tragedy. Its awful and I feel for the families. Thats all I really have to say about the subject so far....except for the fact that I'm sure it will be exploited to its fullest potential.

And the SIKH shooting was another example of blaming someone for looking like someone. It also occured in the midst of a bunch of other shootings i find questionable and a bit too convenient. People do need to be careful...but theres always some nutjob somewhere. Its a shame
edit on 13-4-2014 by rustyclutch because: (no reason given)


They have updated again, 1 dead, 1 in critical condition and having emergency surgery at the hospital - and they DO have the suspect.

One person is dead and a second person is in critical condition after two separate shootings at Jewish-related locations. Authorities confirm that a suspect is in custody.

The person was killed in the parking lot of the Jewish Community Center of Greater Kansas City. Authorities confirm a second person is undergoing emergency surgery at Overland Park Regional Medical Center.

A suspect was arrested at the Valley View Park Elementary School, which is a mile away from Village Shalom. KCTV5's Bonyen Lee says the suspect appeared to yell "Heil Hitler" as he was being led away in handcuffs by Overland Park police.


At least they got him. I hope the person in critical pulls through. 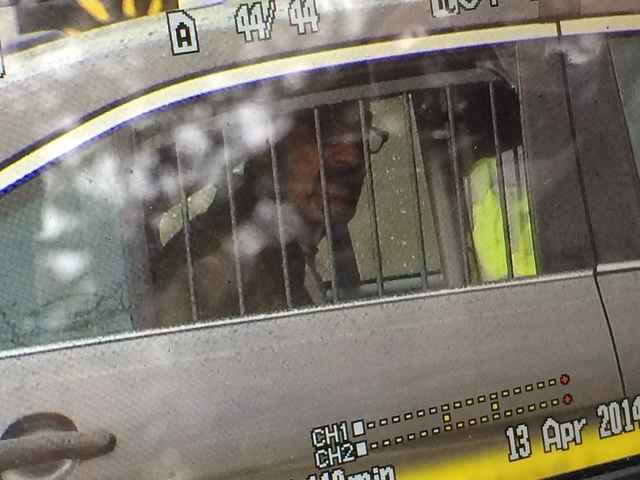 
According to you the protocols of zion are real (to be honest I don't know anything about that and I probably don't much care to...) But I do know its a conspiracy that the jews are planning world domination or something.

But... whether its real or not.. I don't suppose is the issue. The issue would be that do people deserve to die because they hold a religion that you find at odds with your belief.

Islam is the same.. do Muslims, or Jews or anyone deserve to die because their belief seems somehow at odds with yours? And if you say yes what of the ones who do not hold extreme beliefs?

The fact is, you don't know what anyone actually believes in their heart...so you really ought not be killing people because you are afraid of what they "might" believe.


It's not so shocking actually. Someone who would randomly shoot people simply for being jewish is extreme. We are in fact exactly 7 days away from Hitler's birthday, an event usually commemorated by the Neo-Nazi's in the United States.

Groups that normally commemorate this are groups like the National Socialist Movement, members of the internet site Stormfront and many more.

With the blood moon coming up in a few days, and Hitlers birthday in a week... it would make sense that the extremists would be more extreme than their usual.
edit on 13-4-2014 by OpinionatedB because: (no reason given)

posted on Apr, 13 2014 @ 04:01 PM
link
If the guy wants to kill Jews because he thinks they're part of a global conspiracy to brutally dominate humanity... why is he shooting old people in Kansas?

Sigh. This is not a hate crime. This is a stupidity crime. And unfortunately, you can't fix stupid.

All the more reason to encourage everyone you know to be armed and aware at all times. It's called Stupidity-Contingency Preparedness.

posted on Apr, 13 2014 @ 04:03 PM
link
This place is about 5-10 mins from the majority of recent KC highway shootings. Not saying there have been any correlations made yet, but considering the extreme proximity I wouldn't be surprised to eventually find out this guy is responsible for those to...


Overland Park police confirmed the deaths of the three people. One person was shot to death outside the Jewish Community center at 115th and Nall, and another was killed outside Village Shalom Retirement Community at 123rd and Nall in Overland Park. It is unclear at this time whether the third death occurred at an area hospital or at the scene. A fourth victim, possibly a minor, is believed to be in critical condition an area hospital.


This is clearly a hate crime, not a stupidy crime. You can fix stupid, but its hard to fix mentally ill.

Whats so sad is the rise of these mass killings. I wonder if the MSM is part to blame?

Will report more updates when/if they come in

so much violence lately...either there's something in the water, the government's doing something with satellites, or cell towers, or this stuff really is pre-planned, and done on purpose to "ratchet up the fear"...


This is clearly a hate crime, not a stupidy crime. You can fix stupid, but its hard to fix mentally ill.

Whats so sad is the rise of these mass killings. I wonder if the MSM is part to blame?

I don't buy the mentally ill argument anymore. We're all mentally ill, depending on who you ask.

Sad, yes. Surprising, no. And no one is to blame but ourselves. You and me.