Why Is the ATS Community Pro-Nationalist?


Oh, I see. It's fine. You piquéd my curiosity.


Oh, I see. It's fine. You piquéd my curiosity.

Really? Can I at least get a treat and my head rubbed????

So far all I am seeing is you carefully crafting some arguments without answering any questions!!!!


Thanks for your edit! How would these free-markets be regulated? I'm assuming that you're going to say that they have to, or else they'd piss off their consumers. Gimme a second to check out your link.

edit on 12-4-2014 by brazenalderpadrescorpio because: (no reason given)

posted on Apr, 12 2014 @ 06:27 PM
link
I'm pro nationalist because I believe in regional politics.
The further away the authority, the more out of touch they are likely to become.
I am not 'Patriotic'. 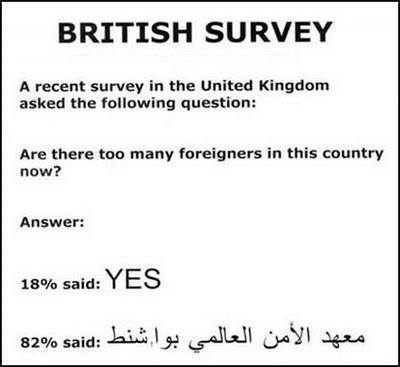 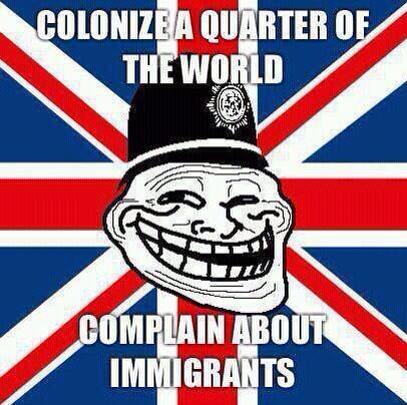 
What other questions did you want to ask? The reason I'm carefully crafting my questions is because it seems like I pissed a busload of people off with my last thread. I'm kind of traumatized, so bear with me. And it wasn't even deleted like I asked them to.

Edit: I see your question. Yes I am a US citizen. And I've noticed that the ones that harp on the administration's policies on immigration are the MSM, and I don't even believe them, or know what to believe from them half the time.


Why nationalist? Let me pose a question as your answer... Why would the government sell off national corporate assets that they were making money with (which reduced the tax burden on ordinary people), to private corporations so that they could take the profit instead (which increased taxpayer tax rates)?

Follow the money and you'll find the true criminals.


Patriotism has nothing to do with love of government. I love my country ,but I despise my president and his administration. We are currently not a free nation and wont be until we rid ourselves of these tyrants.

Edit to add: Maybe dictators would be a better choice of words. They seem to want to tell us what we should eat, and how we should live.

My advise to them would be to piss off.
edit on 12-4-2014 by Diisenchanted because: (no reason given)


So are you saying that the government answers to private corps? If that's true, then the gov't is just as guilty. They are aiding and abetting.


Who's to say that the next president won't be a tyrant, even if they are from your desired political party?


Star for that. I know exactly how you feel. You should see my last thread. I really pissed a lot of people off too. I'm just starting to post again as well.


It's so stupid because I was coming off to everyone as a sexist, when in reality, I was trying to get at something deeper. To be fair, I think I failed at adequately making my case.

Star for that. I know exactly how you feel. You should see my last thread. I really pissed a lot of people off too. I'm just starting to post again as well.


Don't ever let these goofballs (including myself) keep you guys from posting. Unless your being a complete idiot; piss us all off.


You say that you're brain tumor is affecting your writing, but this post is very lucid. Are you messing with us? No, but seriously, I don't see anything being affected.

It seems that way because it is, the nationalistic types are the ones who feel aggrieved. If we had a global government and conspiracy theories were linked to de-centralization the theorists would be globalists.

posted on Apr, 12 2014 @ 09:12 PM
link
Is the ATS community pro-nationalist? Perhaps we should take a poll or survey. I for one will stand up and say I'm a patriot of my country first and foremost. Still, I'd like to see a poll or something to find out if your question in your title is a statement of fact or not. Just curious.
edit on 12-4-2014 by queenofsheba because: cuz I said so

LIKE their social/cultural group above that of their affections toward

It's a very HUMAN thing.

inserted into the White House currently . . .

UTTERLY DESTROY HIS OWN NEST AND THAT OF THOSE HE PRETENDS TO LEAD down to literal ashes, chaos, anarchy

in order to bring in the NWO in all its genocidal hideous, evil unglory.

evidently you are no student of history. All tyrannies have sent among the first to the firing squads . . . the guillotines . . . THOSE WHO EARLIEST SUPPORTED THE NEW TYRANNY.

UNTRUSTWORTHY, IGNORANT, CLUELESS, WILLFULLY BLIND TO TOO MANY REALITIES TO BE TRUSTED sufficiently to clean an outhouse, much less have anything to do with the new regime of tyranny.

So, I hope you're not in the early cheer-leading category re the NWO.

It's a pretty absurd category to be in . . . unless one has a genocidal related death-wish.

But then, that's pretty absurd, too.


If you knew what I think, I think that you would know that my ideas about the NWO, the Obama administration, etcetera are more complex than seeing them as black and white issues. Of course, I don't like the idea of being a slave under the NWO, but I can't pretend to know what all would exactly happen if the NWO would come to pass, or even if it would come to pass. I don't like the Obama administration at all, but I don't think that any politician who replaces him would have our best interests at heart. Whether they are liberal, conservative, or even libertarian.

But I guess the point of my OP is why would anybody who know how the Illuminati elite runs things put faith in any government that is really just a puppet of the shadowy organization, in my opinion (that is if all the rumors that say that the Illuminati exists are true)?


I probably should've responded sequentially. But like I said in my last post, isn't it more complex than that? Isn't the theory that these various governments are just fake organizations that are really being led by the NWO elite that is not the NWO, yet?


For me, nationalism is just a broad term that encompasses patriotism. My mind doesn't allow me to see a real material difference. I'm pretty sure that I'm going to get a lot of steam for that one. Although, I like what someone said about patriotism being different in the sense that you would want what you have here (wherever that here may be) in another country. I think that ideally that's what patriotism should be. But I think that patriotism naturally tends to enforcing your will onto other countries. The evil side of patriotism.