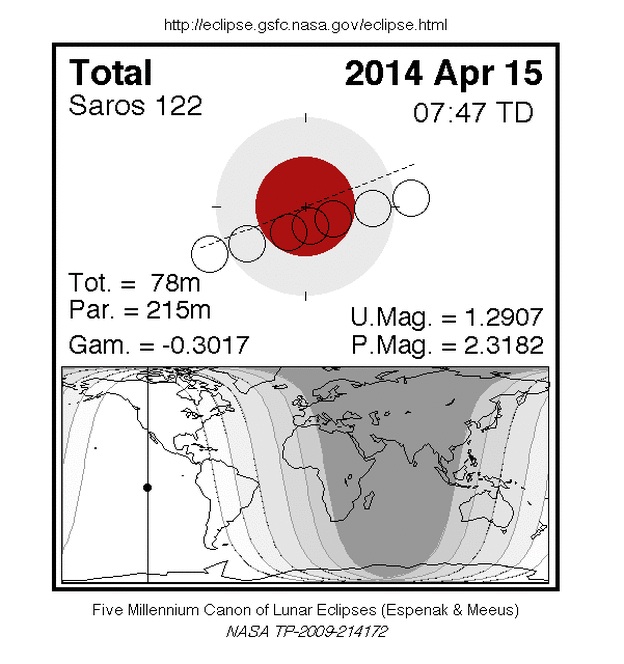 The U.S. Naval Observatory's page allows you to input your city and get specific data on the exact time of the eclipse's phases — penumbra, umbra and totality.
time lunar eclipse happens in your city 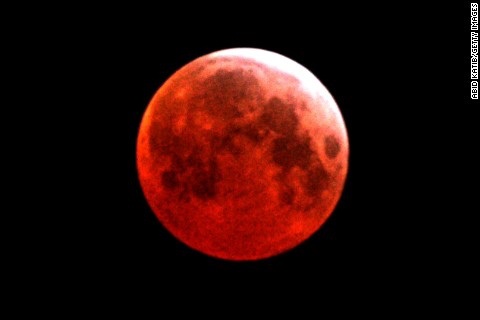 What will happen could sound sort of like this:
The moon will turn to blood as it aligns with Earth and sun
Then do so thrice more ere a year and a half is done,
'Tis not the herald of the apocalypses
Just the first of four total lunar eclipses.

Thanks for the link of when it will happen in the city you live in.

There sure are a lot of tattoos. on that arm OP.

St0rD
Looking forward to this event!

Like what may take place shortly at the Bundy Ranch?

I'm starting to feel like something big is gonna go down.

Hopefully the weather will cooperate with me enough to get a few pictures. My local forecast for Monday night/Tuesday early AM calls for a good clip of cloud cover through the whole thing. If it's not too bad with enough breaks in the clouds, I should be able to grab a shot or two.


It does seem as if the moon has an impact on our emotions. It would be interesting to go back through the blood moons and see if any "bloody" events occurred during or around one. Interesting idea


And that's the arm with the least tattoos Haha! My husbands a tattoo artist

posted on Apr, 12 2014 @ 03:30 PM
link
Well, not just the Bundy ranch, Russia Vs Ukraine China Vs Japan NKorea Vs the world
Who else, any country who's name ends in Stan
Oh yeah, Turkey Vs Ukraine and Russia
And, its been awhile since weve heard anything about Iran

And This moon falls on of course Passover, the Jewish celebration of one of the plagues before they left Egypt and all the firstborn were killed except of those that splattered blood on their door posts and headers.

Lotsa blood on these blood moons
And I don't know as fact, but have heard that in the other two historical events, they would have also had the lunar eclipse's


The weather where I live should be perfect (do need a better telescope) and I hope it's perfect viewing conditions for you too
Super excited, love the moon.

"They note that since the Jewish Calendar is lunar, one sixth of all eclipses will occur during Passover or Tabernacles. Furthermore, there have been 62 tetrads since the first century AD and that eight of them have coincided with both the feasts. Thus, the event is not as unique as Hagee and Biltz imply. Additionally, three of the four eclipses in the tetrad will not even be visible in biblical homeland of Israel, casting further doubt on Hagee and Biltz's interpretation"
en.wikipedia.org...

Oh, yeah to add to the list in my previous posts of possible atrocities, sure are a lot of large earthquakes around the ring of fire lately....


Thanks for posting this, going to read a little more in to it. The blood moon will be a beautiful sight to see.

There have been tons of earthquakes in the ring of fire lately! I live in California, been stocking up on water, food and emergency supplies.

It's not pink yet. It's kind of orangey though. So sick. I pray I get to see it the next two nights.


It has been extra beautiful the last couple nights. Also noticed the golden glow.

So excited! Hope the weather where you live is good tomorrow

posted on Apr, 14 2014 @ 02:44 PM
link
Tonight, tonight, I can't wait until tonight!
I'll be outside binoculars in hand, gazing at the moon while drinking green tea.
If i get some good pictures, I'll post em! 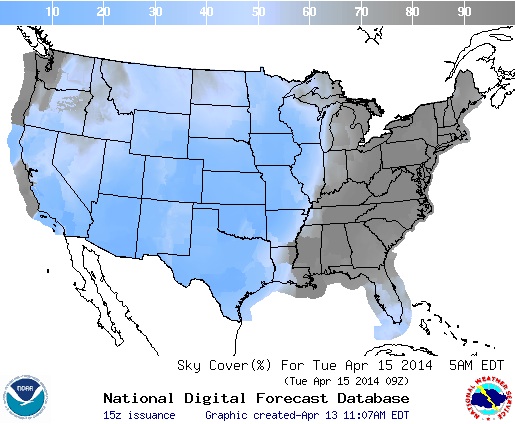 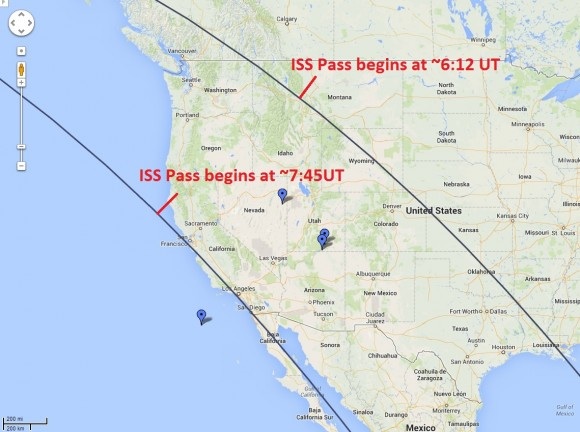 Opportunities to catch the ISS transiting the Moon during tonight’s eclipse. Credit: CALSky.


We also ran the possibilities for catching a shadow transit of the International Space Station in front of the eclipsed Moon for North American observers. To our knowledge, this has never been done before. Live near one of the two paths depicted above? You may be the first to accomplish this unusual feat. Check in with CALSky for specifics.


This will be an early morning event for U.S. East Coasters spanning 2:00 to 5:30 AM local (from the start of the partial umbral phases and totality), and a midnight spanning-event for the Pacific coast starting at 11:00 PM Monday night until 2:30 AM Tuesday morning on the 15th.


The link you posted is broken. Here's one for the time of eclipse for your city


Please do! Hope you get some good pictures, Lucinda

I know 11:00 pm tomorrow is when the moon enters totality from my viewpoint, but will I see anything different tonight, aside from a full moon?
I'm just confused because I keep hearing 14th and 15th
edit on 14-4-2014 by GoShredAK because: (no reason given)