posted on Apr, 12 2014 @ 07:12 AM
link
Hello and Welcome Ladies and Gentlemen to an impromptu ATS Think Tank meeting! Thank you all for coming!

This thread is a litmus test ...

I am calling for predictions in regards to the ongoing current incident at the Nevada Bundy Ranch!

Is A 2nd Civil War Immiment

Note: You do NOT have to qualify your reasons why (but you can if you want to), I just want your general feelings and this is the thread to freely air them without any fear of interrogation ok!

Currently it is my gut feeling based on what I have read on ATS, that this situation has a far greater than 50% chance of ending up in a Civil War!

Please share your feelings, psychic or otherwise, on this matter!

Please share your feelings, psychic or otherwise, on this matter!

there is no reason to go into shooting war... the standoff will gain more support by not killing federal forces
ultimately, the rebels should declare their area 'Sovereign', like the Islam Compounds have done in several states (incl one in SC)

posted on Apr, 12 2014 @ 07:31 AM
link
If a culling is called, then how tight the media falls in line has some variance between civil war or not. As long as people are feed and feel safe all is good. Many people here in Australia have not even heard of occupy wall street.

But look at recent history, did we have a civil war when Ruby Ridge or Waco happened? Answer: No. Did the people rally around the Oklahoma bomber against the government? Once again, the answer is no, never, the general public basically said nothing and went about their lives as best as they could.

It will take something much bigger than a rancher trying to free range his cattle.

Have a look see at a thread I posted called, "Causes and Necessity of taking up Arms" 1775. Are we there yet?

I have listed the main reasons for the Revolutionary War and would encourage others to look into the civil war, a list for the reasons for that one would be informative as well.


edit on 12-4-2014 by MichiganSwampBuck because: Another typo

posted on Apr, 12 2014 @ 07:40 AM
link
I honestly think the BLM is biting off more than they can chew. If any protesters are shot, this will get out of control very fast.

If bullets start flying, my money is on "we the people".

And if the Harry Reid deal is true, it's gonna be a major cluster f### and just might start something very, very big.

Anyways if a civil war happens, those with fig trees in their backyard will be in a better position that the rest of us.


But look at recent history, did we have a civil war when Ruby Ridge or Waco happened? Answer: No.

In terms of recent history from this side of the world, I would put in Tiananmen Square scale of events. Public reaction will put a lot of pressure on the court ruling for this eviction.

I don't think that the Bundy Ranch will be the final straw in the unknown future of the US . There is just way too many things coming to a head and many of them could be considered that straw . The NSA /Snowden , the USD demise and how the US will try and fulfill their debt obligations is no small matter and the Bundy Ranch might just be a glimpse of what might be coming down the pipe . The fact that the US has to undergo a major pull out of Afghanistan and the tensions with Russia is not going to make that any easier on the pocket book .

When George Bush said that they hate us because we can have a discussion and agree to disagree in a civil way ,you have to wonder what force was speaking .The blatant unlawful actions and lies showing up in some of the highest institutions of the US government is staggering and I think that picture is being shoved onto most minds of the American public . The public are watching and although they may not know when and what is going to happen ,they may in the end take up arms but I think tptb will back off and may want to go to having a discussion and agreeing to disagree and use common sense and honor and respect for the Constitution .

There will have to be a bunch of repeals to a lot of laws and signing statements but I think that cooler heads will prevail once you get your Neo-cons out of position of power ....I think it will end up being a State reset to a position where DC will not have a function because in the end the people will rule ....peace

Thank you for your replies!


I agree with you on the former, but not the latter.

The leadership on both sides had best tread lightly as far as I'm concerned.

On the political side of things, I predict that if this does blow it's gasket and the Feds are found culpable, the GOP will retake the House and the Senate this year. Reid had best pull his head outta his @$$ if he doesn't see that coming.

It could put much more evidence into the community and as a result could wake up enough sheeple so that the next one, or the one after that, does in fact start the whole thing off.

Of course, it could start a few more States down the path of restricting the Fed's power.

Difficult to tell, depends on how much video gets out or if any militias are thinking that good decent videos of the feds behaving badly are worth 10 Wacos.

If this turns into a shoot out with some serious ex vets then bodies might be piled high in short order...
I can see a Mexican stand off TBH...it's went too far already.

Could someone give me a figure of how many Militia have turned up, and who are they...are they hardened ex vets or wannabe contractors playing soldiers.
edit on 12-4-2014 by Soloprotocol because: (no reason given)

posted on Apr, 12 2014 @ 07:56 AM
link
A war over a solar panel plant? I haven't followed the story, and from what I gather the area in question is 30 miles away from this Bundy ranch, so I'm not as current as most people. And there are a dozen or so threads on it, so I have to study more. But from what I gather so far Harry Reid made some backroom deals, the Chinese are planning to use the land to build solar panels on, and some guy is complaining because his cattle would graze there. I must be missing something.


wait was not about turtles? 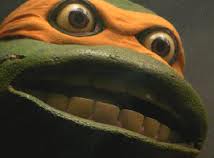 posted on Apr, 12 2014 @ 08:02 AM
link
50-50 Chance if one of the snipers are ordered to fire on one of their own and blame it on the militia and protestors.
What makes me suspicous is why the f^ck would they send snipers, disable cell towers, and implement a no fly zone? Anywho i see this as a sign of things to come rumor has it that the BLM wants around 90 thousand acres of land near the red river between oklahoma and texas. As for the Bundy ranch outcome i have a feeling it'll end up like Waco.
edit on 12-4-2014 by truthofnitrous because: (no reason given)

posted on Apr, 12 2014 @ 08:03 AM
link
Just for fun ill throw out another scenario....Russia has secret units joining the protesters...waiting to entice the feds into a shooting war hoping to spark a US civil war!!! This is just a speculation for entertainment..I dont believe this but it could be a possibility.

There were always rumblings of descent with each of the previous altercations (Ruby Ridge, Waco, and OKC), but this time there is actual movement on the part of the militia groups in support of Cliven Bundy, his family, and the community of Bunkerville. Militiamen are arriving, armed, and ready to face down the BLM.

Though little may actually occur with regards to violence, the simple fact that people are organizing and arming themselves as a show of solidarity, indicates that future events such as this will escalate quicker with each successive altercation between the Government and the people, and eventually, we will see gunfights.

Civil war? I don't think so (though stranger things have happened).


I must be missing something.

Maybe the money trail. As for the coexistence of cows and solar panels, just give the techies some whips.

cosmicexplorer
Just for fun ill throw out another scenario....Russia has secret units joining the protesters...waiting to entice the feds into a shooting war hoping to spark a US civil war!!! This is just a speculation for entertainment..I dont believe this but it could be a possibility.

Russia and China would most definitely play the role of France, circa 1776, in the event of a full-scale revolution, with pleasure. There's no doubt in my mind about that.

posted on Apr, 12 2014 @ 08:07 AM
link
I would imagine right now is a group of people, Senators, military, LEO... in a back room somewhere discussing the best possible outcome for themselves to keep power and possibly gain more power.