Don think Putin will be satisfied until Russia absorbs all of Ukraine not really a question of if but when ? NATO is powerless to intervene and he knows it. Moldova will be next closely followed by Lithuania. He wont get a bloody nose until Russian boots set foot in Poland and Finland. As for nuclear bombers its a crying shame the UK got rid of the daddy of them all turn up your speakers and absorb gods roar....

Christ that thing was the LOUDEST thing I'd ever heard

I agree I think Russia will continue to make threats and cause havoc all along its boarders for the coming years, Putin wants to make his mark and have some fun it seems, his roots are KGB soviet and he is very much a military man who likes playing war games, he's been building up to it for years and now he has his house in order it's play time for mr Putin

Mrs Putin has a love for all thing military and war which is slightly worrying, another striking similarity to Mr Adolf Hitler 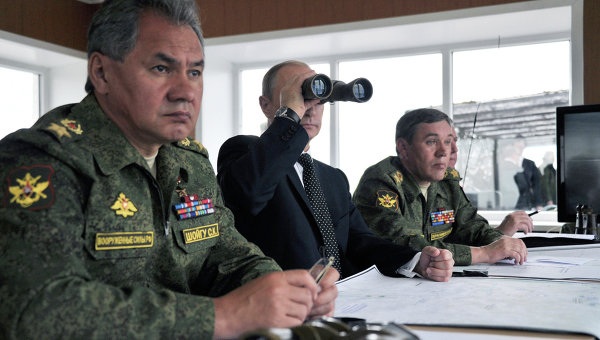 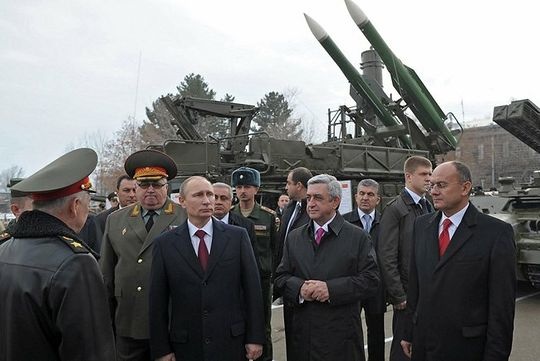 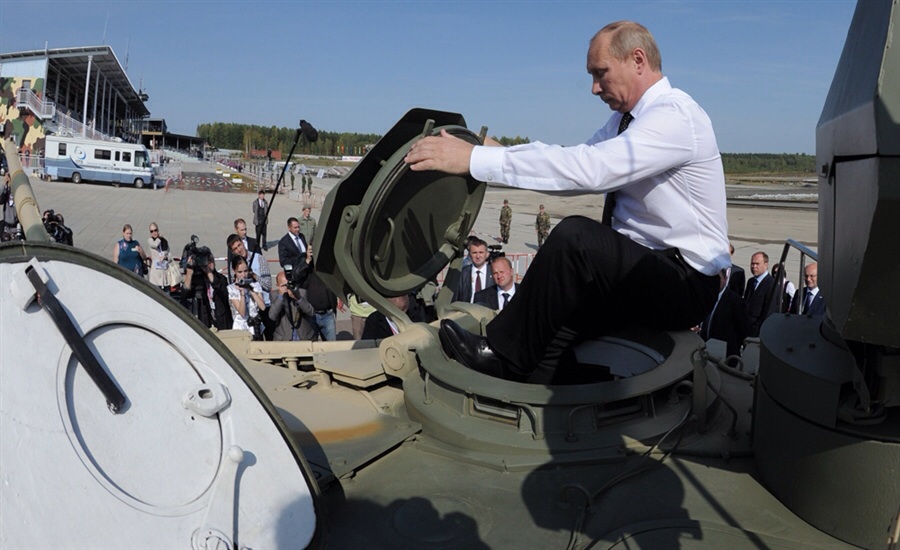 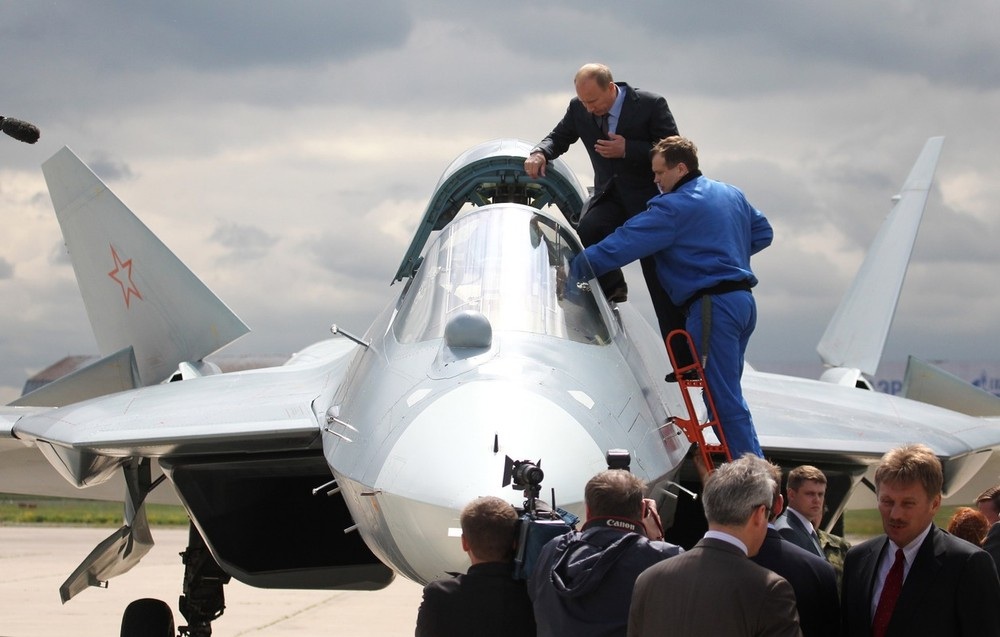 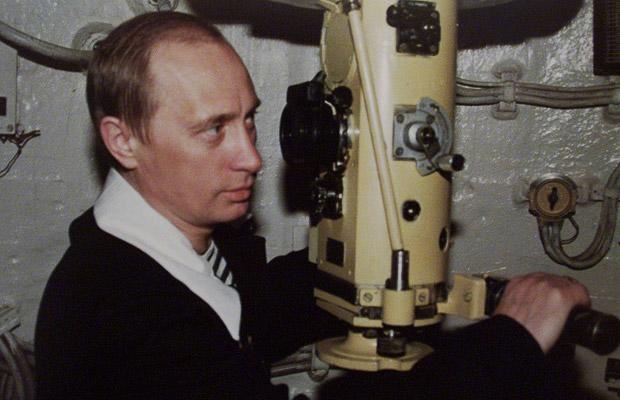 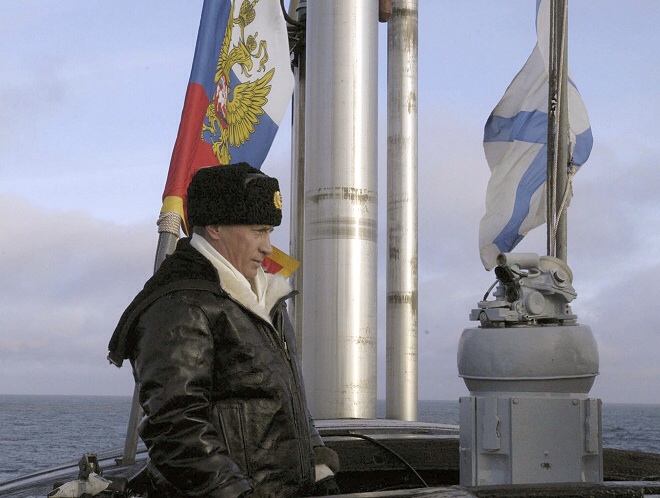 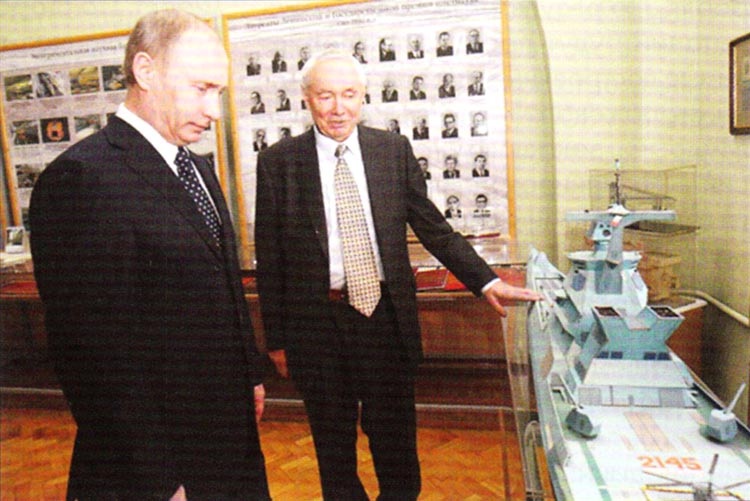 
What I meant was, the pictures were released by NATO. I know what you're going to say.

InvisibleOwl
This could be true and if it is, it's of some concern. I am unwilling to trust the word of NATO that these pictures are legitimate.

Think about it? The images are commercially available. Digital Globe must be currently doing a nice little earner on this batch of images by journalists and other media trying to get a news scoop. They must be laughing all the way to the bank and thanking this unnamed Russian General Staff official for claiming that the images were from "August 2013". I bet the likes of Alex Jones is currently ordering his team to "get that imagery!" Do you seriously think that NATO (SHAPE) are going to get caught out by simply sticking recent 2014 dates on old commercially available satellite imagery. Think about it?

posted on Apr, 10 2014 @ 07:30 PM
link
I am NOT AT ALL sure id trust any corporation which is supposedly supplying imagery to the DOD or NATO exactly.....
They may be last years flankers or who knows when.....
whats needed is verification that this is not just more propaganda.....


whats needed is verification that this is not just more propaganda


What's going to be interesting is the Kremlin's response. 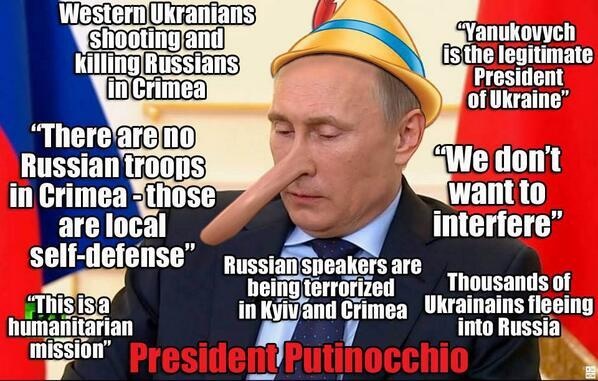 It's the second most transparent administration in the world.


That last image is very misleading. It isn't from the SHAPE (NATO) briefing. It is from the invented news story from March of the 30 Nuclear bombers.

Later on March 5, a U.S. stealth surveillance drone, flown over the Russian base, showed more than thirty (30) such nuclear bomber aircraft had arrived at the airfield. Numerous transfers were observed by U.S. satellites, between the nuclear storage facility and the newly arrived aircraft. Those aircraft remain on the runway at the local airport at this hour, several with what appear to be Auxiliary Power Units (APU's) attached, indicating the aircraft are on 'stand-by" for immediate deployment.

It is simply an image from an invented story. Even the website admits that it is old imagery and then goes on to claim the other images are from a "US stealth drone" Really. Even Sorcha Faal could compile a better story!

That's true. That image is not shown as being as from the set from Digital Globe.


While it does not bear the Digital Globe trademarks, it would have been fitting to note that it had nothing to do with recent satellite images. Since, apparently, you were aware of the fact.

posted on Apr, 10 2014 @ 08:05 PM
link
I guess we just sit and wait then....while the both sides infiltrate as much war materials and troops into the Ukraine....and when somebody figures they have the upper hand for sure (or even 50/50) then its game on and the disguises come off?
The MSN will only replay the party line on Both sides of the story....
Are there no private people in the whole Ukraine that could put up some honest reportage blog wise?


Phage you keep saying it puts the Kremlin in a bad spot right?

How does positioning your own troops in your own territory is wrong? Is it because they have kept denying it the whole time?


How does positioning your own troops in your own territory is wrong? Is it because they have kept denying it the whole time?

Nothing wrong with it in and of itself and the Kremlin has not outright denied doing so. The timing is of interest though.

I meant more of an awkward position. Like I said, the response of the Kremlin will be interesting. Denying it (as some official has reportedly done) is silly. I'm wondering how they will spin the need for so many aircraft and artillery assets to be repositioned near the border. Training, I suppose. Not sure how jets could be used to "defend" Russian speaking Ukrainians.


whats needed is verification that this is not just more propaganda


What's going to be interesting is the Kremlin's response.

Yes, but I don't Think you are going to like it.

stirling
I guess we just sit and wait then....while the both sides infiltrate as much war materials and troops into the Ukraine....and when somebody figures they have the upper hand for sure (or even 50/50) then its game on and the disguises come off?
The MSN will only replay the party line on Both sides of the story....
Are there no private people in the whole Ukraine that could put up some honest reportage blog wise?

I don't think NATO want to go to war over Ukraine, I think they just want a resolve to the issues on the boarders of the EU, and assist those who wish to have closer ties and asking for protection, where as Russia just want to capitalise on the turmoil in Ukraine and gobble up as much as it can get away with due to NATOs weakness and reluctance not to risk this planets health over

But NATO has drawn a line, let's hope Russia/Putin isn't crazy enough to cross it, should Russia cross it she knows full well she would be in the wrong and this is where the blame and worry would be put I to Russia/Putins hands for a face lift for Russia and EU city's

Russia has Crimea... I think it os obvious the EU NATO and the US are willing to let this slide, but Russia does still have 40,000+ troops on the boarder with all the assets needed for an invasion force into Ukraine

And while Russia does have the right to move its military where ever she's likes in russia, military build ups are always questionable and worrying, nobody sane could ignore it

CNN's Phil Black drives along the border between Russia and Ukraine on a search for Russian military. What did he find?

That's why satellite photos are used for surveillance. Ground surveillance is very limited in scope.

Did you notice that the locations of the satellite photos are marked?


Are you taking the position that the satellite images are faked? Just curious.


Yup, and I am saying that I am cautious to believe it. After all the lies just in the last 20 years to drag the US/NATO into war, I am quite skeptical of any "proof." Even if a corporation took the pics. In fact that makes me more suspicious. Both sides, Russia and the West put out propaganda; I don't believe either one.

kloejen
Locals: No sign of Russian army on border

CNN's Phil Black drives along the border between Russia and Ukraine on a search for Russian military. What did he find?

Maybe they're not cloaked

I'd imagine after the allegations and satellite images where taken they got there usual orders, it is extremely unlikely after denying and being caught out Russia would order its tanks to camp on a main road and not deploy camouflage 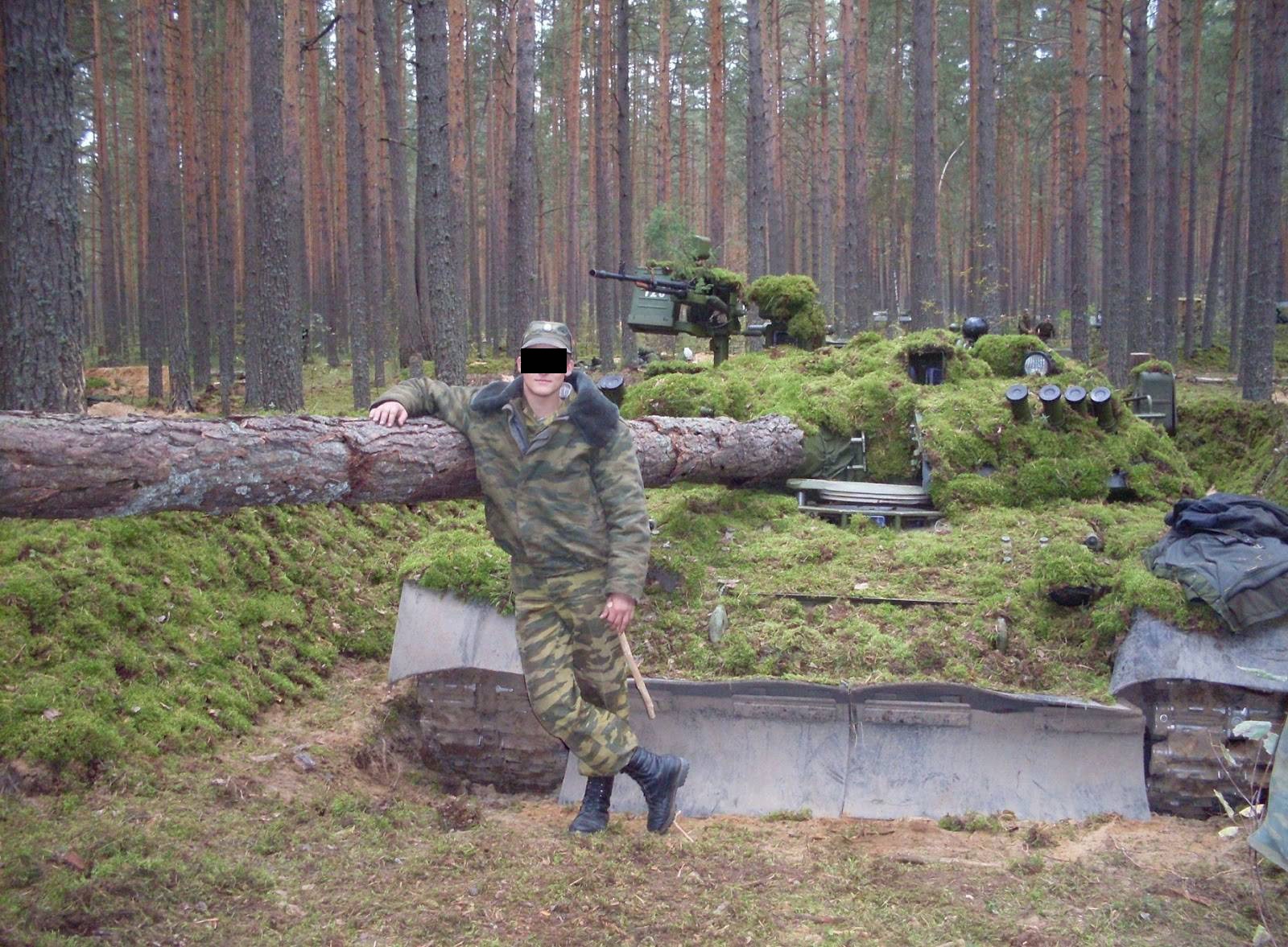 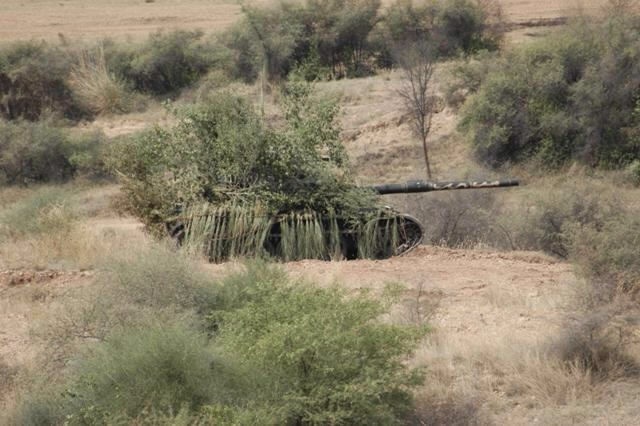 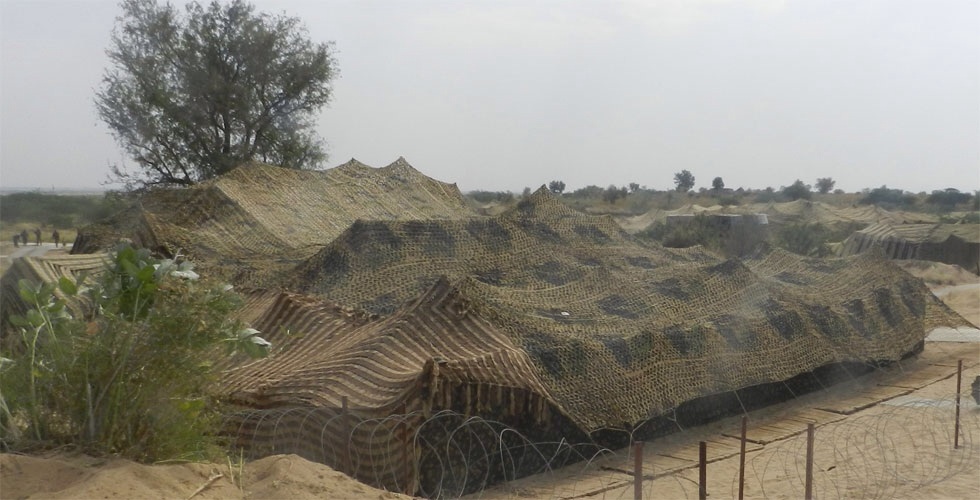 Heres a good example of "the art of camouflage" 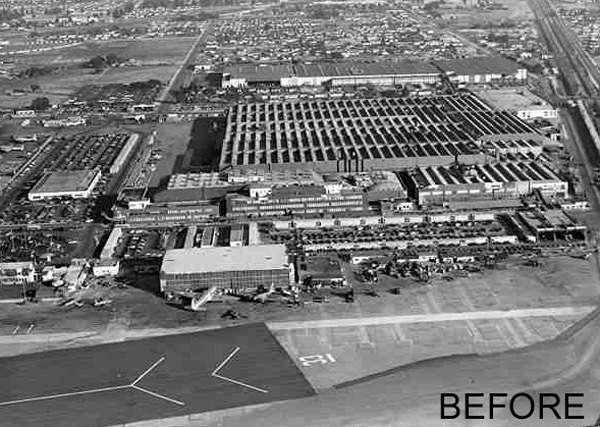 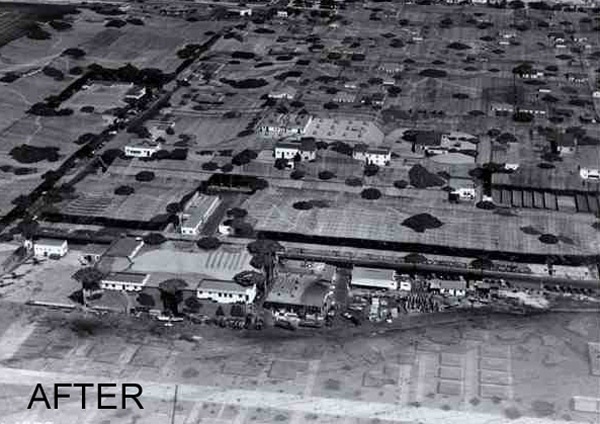 The factory's are not there hitler is lying etc
edit on 10-4-2014 by TritonTaranis because: (no reason given)