It seems that a U.S. Congressman Elijah Cummings (big D, Md.) apparently was contacting the IRS as well as a "target" Conservative group called -True the Vote- in hopes of getting their tax status dis-approved or something like that.

Cummings was the same guy who blew a gasket a few weeks ago when Lois Lerner took the 5th again and Issa closed a hearing.

No wonder he's nervous because he knows all this criminal activity will come down soon enough.

Now it looks like he himself is one of those criminals.


The communications at one point involved Lois Lerner, the ex-IRS official whom Issa's panel is poised to hold in contempt of Congress on Thursday for refusing to provide testimony about her involvement in targeting conservative groups.

Bombshells are in the air


more info....it's getting deep with that IRS scandal that according to Obama is not a scandal.

Cummings may have big legal problems with this...

The House Oversight Committee is expected on Thursday to vote along party lines to charge Lerner with contempt of Congress for refusing to answer questions before Congress on May 22, 2013, and as WND reported, again on March 5 at hearings titled “Targeting Americans for their Political Beliefs.”

Even as the IRS faces growing heat over Lois G. Lerner and the tea party targeting scandal, a government watchdog said Wednesday it’s pursuing cases against three other tax agency employees and offices suspected of illegal political activity in support of President Obama and fellow Democrats.

Methinks that Congressman doth protest too much.

The palpitating and fibrillating starts about 1/2 way through....
Darrell Issa And Elijah Cummings Get In Heated Exchange During IRS Hearing

Think he's a wee bit nervous about something ?

Don't worry pal, Lois will take some heat, but not all of it I bet when they offer her a "deal" to sing like a canary.


Pretty much explains his outrage! Don't ya think?

Not that I like Issa, but if this is factual, then I got to give to Issa for not showing his cards!


Has Cummings scheduled a news conference yet?
You know, the one that will claim that all of this is some racist plot.


Well they did hold a news conference one day after his maniacal rant....

warning: dull and boring ..... name calling and deflecting.
(note this was *before* the recent exposures)

posted on Apr, 10 2014 @ 03:36 PM
link
I live, sadly, within the 7th district where this "man" "represents". I do not know much about the revelations the OP brought up. All I can say is that after months of writing/ e-mailing him regarding events in Fukushima, and receiving the exact same blather with no substance. I took to standing in front of his office in Catonsville. After a few days I finally caught him just to get a look at him and ask my question in person.

All I got from his was your an ***hole and he walked away.

Any man like that should be voted out. Sadly he has had the same spot going on 20 years. Any one else think career politicians are good for the country.

Here's some of his rebuttals presented by.....

best first and only guess....

Tensions between Reps. Elijah Cummings and Darrell Issa are flaring once again over the GOP’s insistence on investigating discredited scandals.

Cummings, a Maryland Democrat and the ranking member on the House Oversight Committee, berated his Republican adversary during a press conference Wednesday for “relentlessly pursuing non-existent scandals for political purposes.”

Citing a laundry list of press reports calling out Issa for stretching the truth in casting the fallout of the terror attacks in Benghazi, Libya, as a supposed conspiracy, Cummings said Issa’s “reckless claims” were an embarrassment to Congress.


He is a joker indeed, it is painfully embarrassing to hear him speak and the animated defense he has put forth of Lerner is inappropriately apologetic at best and certainly not becoming of a congressman.


have not seen a tempertantrum like that since i worked for the mental health department (worked with kids and teens hence the term tempertantrum) looks like a guilty man trying to stave off the investigations ,sad that this is who we have representing some of us


What's with all the misspellings these days..? 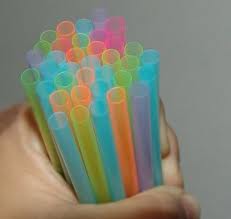 
It's still a "Big D" DEMOCRAT Brit, which is more than enough to imply to his target audience (and Fox News') that all Democrats everywhere were involved somehow. Forget the fact that liberal and progressive groups were also "targeted" ... pish posh.

You know how those Democrats are ... everyone does, and anyway, Benghazi, Fast and Furious, the Hindenburg, Black Death ... Obama has plenty to answer for, yessiree.

Cummings got himself into this situation.
No implication is needed.

They have the emails to prove what Cummings previously denied is true.

The IRS has been caught. They need to be disbanded.

You may want to go right to the race card.... that's all that's left.

When Lois get her deal, she'll sing the National Anthem

The correspondence does not indicate whether the IRS’ scrutiny of True the Vote’s application for tax exemption was prompted by Cummings’s inquiries about the group and the timing of the correspondence suggests it was not, but instead that Cummings may have modeled his inquiries on those the IRS had already made.

Seems the IRS investgated True the Vote BEFORE Cummings asked them for information.

In February 2012, Engelbrecht’s True the Vote received a letter from the IRS requesting more information about the group; one of Cummings’s letters, which Engelbrecht received in October 2012, contained questions that closely mirrored those posed by the IRS. Issa details them in his letter, strongly implying that Cummings based his letter on the one Engelbrecht had already received from the agency: Both requested information about the software True the Vote was using for voter registration, about the process the group used to train its employees, and about the vendors it used to obtain voter lists.

Issa Accuses Cummings of Colluding with the IRS

As a Texan, I'd like to know about True the Vote's shady activities.

butcherguy
You may want to go right to the race card.... that's all that's left.

O'Rielly would be proud.


Do you have something else?