Japan has a new pop star and it's a hologram. This type of technology is being touted as "the next big thing" in Japan as hoards of young people flock to her shows, follow her on Facebook, and even have sexual attraction to her!! This is weird, and with the advancements is V.R. coming to light, the world might be a very weird place real soon. What say you, ATS?


Created in 2007 as the marketing mascot for a musical software company, Miku quickly leapt to fame as one of Japan’s most popular idols. Backing her up is a band of human musicians — real, sweaty, flesh-and-blood men playing guitar, bass, keyboards and drums. Although as with any diva worth her salt, the boys remain at least 20 feet from stardom, fading into the darkness as Miku steals the show. She is, of course, what the fans come to see. And see they do. Oddly enough, the fact that she’s a hologram hasn’t stopped the masses from adoring her, sexualizing her, fetishizing her — and there’s plenty of evidence of this, ranging from erotic Miku pillow cases, available on Amazon.jp, to the usual stuff you might find in the nether regions of the web.

Does not really do it for me though...


This reminds me of a book or movie - wish I could remember the title! As I recall, the story has to do with the entertainment industry neutralizing uncontrollable "stars" by creating composite holograms to better manipulate the masses on their own terms.

posted on Apr, 10 2014 @ 12:25 PM
link
This has me wondering how long until humans will be able to interact with this "virtual" tech? V. R. Video games where you really are a character in the game....

posted on Apr, 10 2014 @ 12:30 PM
link
A real assault on the eardrums. The real issue here is the japanese must be tone deaf !
How many westerners go the cinema to be entertained by cartoon characters ? How many spend DAYS over at disneyland to see people dressed as mice, dogs and fairies ? Everyones nutty tbh. EVERYONE !!


I've loved the band Gorillaz for years now and they're a completely made up cartoon band. I say let them enjoy their music and culture, believe me it can't get any worse then the music happening in the U.S. presently.


Isn't this the plot to S1mone? imdb

And horrible to boot. 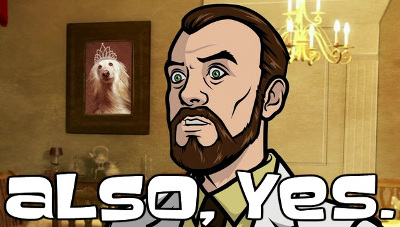 
I suggest that ATS'ers read the entire article. It delves into the humanization of technology and art. Reading between the lines, it looks like Japan is well on its way to bringing consumers to such a personal level of human-technology interfacing that when the time comes to incorporate that technology into ourselves, there will be no qualms. It will practically be like a family reunion. And of course, what Japan does, the rest of the world watches. And imitates.


"Looker" by Michael Crichton? First thing that popped into my mind (and lol if it IS what you were thinking of).

Only vid available of the trailer, kind a crappy filming:


Wow. We've come a long way in film-making, haven't we?

One day in the (not so distant?) future, people will want to marry virtual people, robots, etc...the AI will be so great and its learning potential so adaptive that it may be quite difficult to tell apart from a real person, with the exception that they may at times make a bit too much sense, do things too well, etc.

Will literally have to program in purposeful mistakes just to convince us of their "humanity"....also a good way to learn is to mess up a few times.

I wonder though...will there be an issue with it...a person marrying an avatar or robot that is. We have so far avoided discussing any major philosophical topics as a society, such as what is a "person", Who defines what has consciousness and sense of self, etc.

I think as we step down those roads of conversation, we show our irrational and egotistical side..so much so that we even recognize it as we state it.

Anyhow, yes...watch Japan..they seem ahead of the world in these regards.
I do however wish they would trend towards realism verses wonky anime style.


Wow. We've come a long way in film-making, haven't we?


lol yeah, CGI is way better than it used to be. Never realize how far we've come til you see the old version again after all those years. I find watching anything with old CGI to be kind of laughable on that count. It's so bad that it ends up detracting from the story.

The story in Looker, on the other hand, is fascinating. Crichton was an interesting bloke.