posted on Apr, 9 2014 @ 09:44 AM
link
Now, I don't particularly enjoy all the "found another lizard on mars" topics we get to see in a epidemic scale here on ATS; At least some of them are entertaining, though. However, I did find this interesting, and I am still interested in what some of the lizard finders out there will have to say about it.

Here's the article that goes along with the photo.

Curiosity, following the discovery of a bright object in October 2012, and then a metallic-looking “door knob” in February 2013, now appears to have discovered… a Martian campfire. NASA, of course, says it’s nothing of the sort — rather than an indication of extraterrestrial life, it’s probably just a bright spot caused by the sun reflecting off a rock, or errant cosmic radiation striking the camera’s sensor. A prominent ufologist, however, claims that it’s an artificial life source, and that “NASA could go and investigate it, but hey, they are not on Mars to discovery life, but there to stall its discovery.”

The photo in question was captured by Curiosity’s right-hand navigation camera on April 3 (sol 589). The image appears to show an artificial light source that is shining upwards from below. Given the distances involved, the flare is probably a few meters tall. According to Scott Waring, a ufologist who runs the fantastic UFO Sightings Daily website, this flash of light “could indicate there there is intelligent life below the ground and uses light as we do.” Or alternatively, it might be a camp fire, or some other artificial source of light.


The fail to mention it does not show on the other cam.

Still interesting that they are also looking at these things.
edit on 9-4-2014 by Char-Lee because: (no reason given)

posted on Apr, 9 2014 @ 10:41 AM
link
Wow guys come on use the search engine or have a brief look on recent topics I swear this is the third thread I've seen about this poses today.


Anytime I see someone mention Mars lizards I post this picture. It eats rock mealy worms and rock flies:

And this topic has had so much written and discussed on ATS about it already that I put up a temporary avatar to celebrate it.: 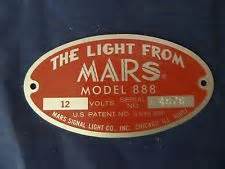